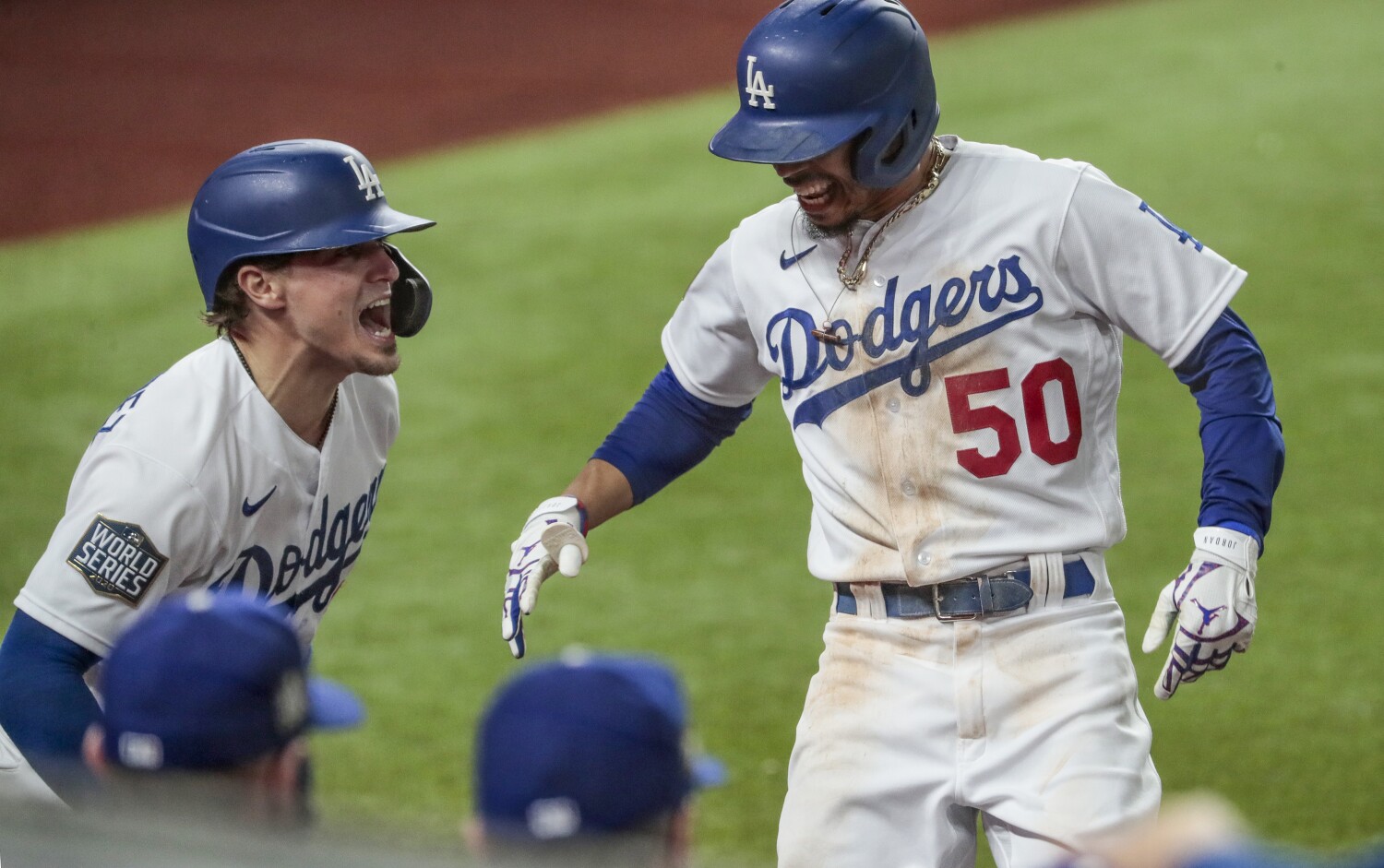 Cover your face. Do not take an Uber. Do take your regular coronavirus test. Do not leave the team hotel, unless you’re going to the ballpark on a team bus. Keep your distance on the bus, and in the clubhouse, and in dining areas.

The health and safety protocols that governed the 2020 season had one goal: keep the virus from spreading within baseball. By the time the 2021 season starts, Americans might have access to a coronavirus vaccine.

Could Major League Baseball mandate that players take the vaccine?

The answer appears to be no, but the league and the players’ union could reach such an agreement. The league declined to comment Wednesday, but union chief Tony Clark said he is hopeful that vaccines become viable enough to warrant a negotiation with MLB for a vaccine protocol.

“At this point, we simply remain optimistic that there is a tangible opportunity to have that discussion at the beginning of next year,” Clark said Wednesday.

On Monday, Pfizer announced its proposed vaccine had been 90% effective in trials. Four vaccines are in late-stage trials, according to the National Institutes of Health.

Dr. Anthony Fauci, the nation’s top infectious disease expert, this week told CNN: “I would say, by April, you’ll be able to be vaccinated.”

Thomas Lenz, who practices labor and employment law in Pasadena and teaches those subjects at the USC law school, said MLB could subject itself to an unfair labor practice claim by imposing a vaccination requirement without the consent of the players’ union.

However, he added: “I think the employer has a duty to provide a safe working environment to everyone. To the extent that someone does not get the vaccine, I think the employer would be taking a risk by allowing an individual who has not been vaccinated to be on the field with someone who has.”

Joe Longo, the agent for 2018 National League most valuable player Christian Yelich, also teaches law at Loyola Law School. He said the league and union worked well in devising this season’s health and safety protocols, and he expected both sides would consider evidence of the effectiveness and risks of any vaccine.

“I do think it’s in everybody’s best interest to sit down and work on this,” Longo said. “It makes it safe for the players, who risk their health going onto the field and mingling with people. I think both parties would come to the table with an interest in coming to an agreement.

“The one thing both sides do a good job of — and they did this season — was really listening to the experts.”

Clark said whether a vaccine is available and whether it can be effective for the 2021 season “may very well end up being two different things.”

Clark declined to discuss what might happen if a player declines to take a vaccine and requests a religious or medical exemption.

“I think that is a very likely and probable opinion from some player, based on my agent experience,” Longo said. “It would be imperative that MLB and the players’ association provide for that scenario.

“I don’t think you could come to an agreement without that scenario. I do think you will have two motivated parties to come up with something that is fair.”

For the 2020 season, the parties agreed that any player concerned about the virus could sit out, but only those certified as high-risk could sit out and still be paid.

Lenz suggested the negotiation over a player declining to be vaccinated could be trickier, since the player still would be willing to come to work. He said MLB faces a more complex scenario than many other businesses, where a work-from-home option might satisfy employer and employee.

The widespread availability of a vaccine also would brighten the financial outlook for a league that Commissioner Rob Manfred has said generates about 40% of revenue from game days: ticket sales, parking, concessions and merchandise.

The Dodgers lost “well north of $100 million” this year, team President Stan Kasten told the CNBC Evolve conference this week. He said the Dodgers are planning for “full stadiums” next season.

“Opening day is a good four or five months away, and hopefully there will be progress on getting the rates of infection in hand,” Kasten said. “Hopefully, by then, we will have one or more vaccines available to help make it even safer for fans to come.

“So my guess is that we will have a full season, and we are planning for having full stadiums, but we will adapt and do what we have to do to get the season done. What we proved this year was, whatever the conditions, we can pull off a season, get it to completion and produce a world championship.”

Under current state guidelines, no California team can have a full stadium, and the Dodgers could not sell any tickets.

The guidelines, announced last month, do not allow for fans at sporting events in counties with “widespread” or “substantial” levels of the coronavirus. Los Angeles County currently is in the “widespread,” or most severe, tier of the state’s four-tier system.

Teams in counties with “minimal” levels of the virus — the least-severe tier — can sell no more than 25% of their seats.

“It’s difficult for me to imagine a stadium that’s filled until we have immunity, until we have a vaccine,” Gov. Gavin Newsom said in May.

Alex Capron, professor of law and medicine at USC, said some teams might find it makes more sense to keep their stadiums closed rather than abide by a potential mandate that could limit capacity and/or require vaccination.

For one, he said, families might be unable to attend as a group if a pregnant mother, or a very young child, is advised against receiving a vaccine, or if a vaccine is rolled out in such a way that some members of the family would be vaccinated before others.

Two players test positive for coronavirus while at NHL camps