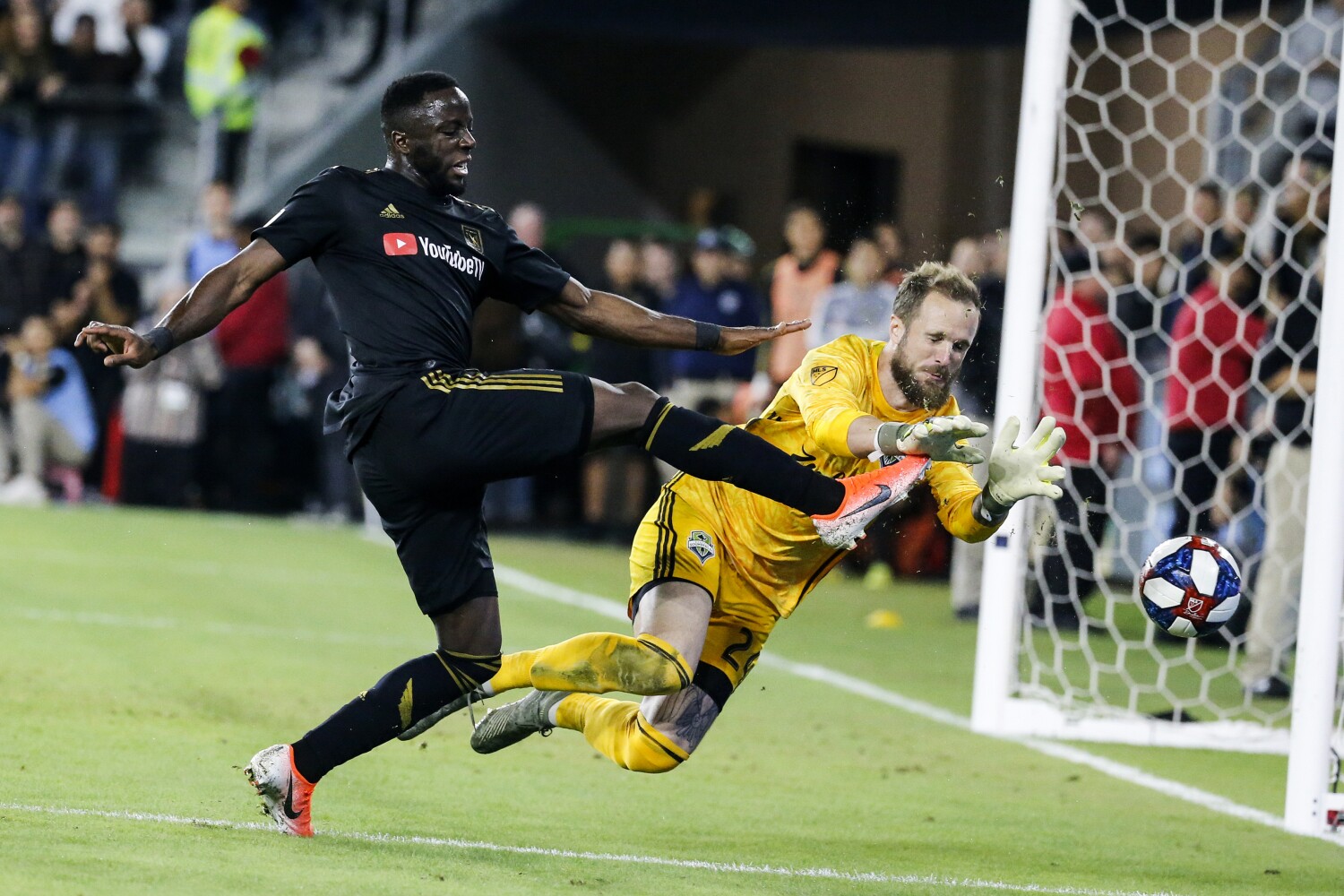 Veteran forward Adama Diomande has asked out of his contract with LAFC and is returning to his native Norway, a decision he announced on social media Thursday.

“With the many family priorities in my life, I have decided to terminate my contract with immediate effect in order to best care for my loved ones,” Diomande, limited by a foot injury to one 16-minute appearance this season, wrote on Twitter. “I have put a lot of thought into this decision and have come to the conclusion that it will be the best for all parties.”

Coach Bob Bradley said the announcement did not come as a surprise.

“There’s been some different discussions,” Bradley said. “It’s been a difficult stretch. The combination of COVID and what that means for everybody. And then the fact that now he’s been away from his family.

“Some of these things were discussed. And then when there was a little bit of a setback with his foot…the concerns that he had about his family situation became even more important.”

When Diomande, 30, came to MLS in 2018 his family stayed behind in Norway, where his mother works as a nurse on the front lines of the fight against COVID-19, something that also weighed on him.

“His feeling was that it’s such an important time for him and his family. Especially just feeling that he wasn’t there for his children right now,” Bradley said.

Diomande played for Bradley at Norwegian club Stabaek in 2015, then was reunited with the coach three months into LAFC’s first season. He scored 12 times in 18 games in 2018 but injuries and other issues limited his production the last season and a half.

He missed the final month of the regular season last year after voluntarily entering the league’s substance abuse and behavioral health program to deal with a family issue, was activated for the playoffs and scored two goals off the bench, but then missed the start of this year after fracturing a bone in his foot in the preseason.

He returned to play 16 minutes in the MLS Is Back tournament in Florida but left the team after one game, complaining of pain in the same foot. He finished his short stay in MLS with 20 goals and 11 assists in 44 regular-season matches, making 29 starts.

“We believe that being an LAFC player is about more than just what happens on the field,” general manager John Thorrington said in a statement. “Dio made us aware of a personal situation he is dealing with, and together we were able to work out a solution for both parties. We wish him all the best and are thankful for everything he helped us accomplish in Los Angeles.”

Bradley said he expects Diomande will resume his career once he gets his family situation sorted out.

Diomande earned $935,000 last season, the fourth-highest salary on the team, and his absence leaves the club short-handed at forward. After starters Carlos Vela, Diego Rossi and Bradley Wright-Phillips, LAFC does not have a forward with more than 12 games of MLS experience and depth could be important with the team facing a schedule of 18 games in less than 12 weeks.