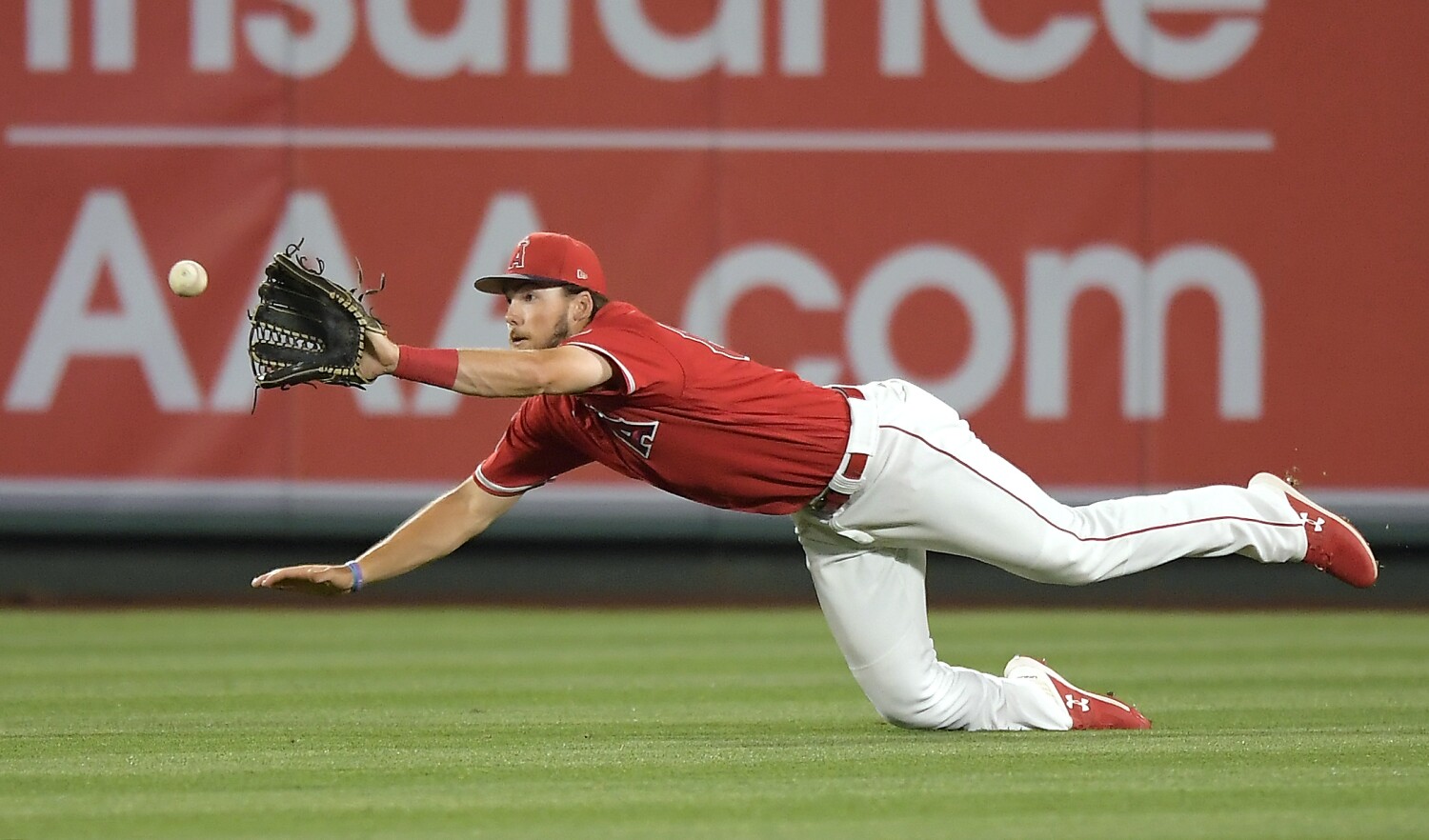 The Angels added prospects Brandon Marsh and Chris Rodriguez to their 40-man roster Friday, protecting two of their top minor leaguers from next month’s Rule 5 draft.

Rodriguez, 22, was the Angels’ fourth-round pick in the 2016 draft, in which they took Marsh with their second-round selection. Both were part of the Angels’ 60-player pool during the 2020 season.

Marsh, a 22-year-old outfielder, had been scheduled to begin 2020 at triple-A before the COVID-19 pandemic forced the cancellation of the minor leagues. Rodriguez, a pitcher, hasn’t pitched above Class A because injuries cut short his 2018 and 2019 seasons.

There isn’t much left for Marsh to prove to the Angels. All he needs is to find sustained success hitting against high-level pitching. He showed that for part of 2019, when an adjustment in his batting stance helped him unlock some power. He ended the year batting .300 with an .811 on-base-plus-slugging percentage at double-A and hitting .328 with a .909 OPS in 19 games in the Arizona Fall League, a finishing school of sorts for top prospects.

During the summer, Marsh started learning to play first base. Although he won’t be expected to move permanently to the corner infield spot, defensive versatility could expedite Marsh’s arrival in the big leagues.

Rodriguez might be further away from a call-up because of his short track record. Despite having appeared in three games since 2017, the right-hander has remained one of the team’s highly regarded prospects. There is a chance he could break into the major leagues as a reliever before sliding into the rotation.

When healthy, Rodriguez commands a 94-97-mph fastball and complements the heater with a hard slider and high-80s changeup. He also throws a curveball.

Infielder and Anaheim native Jose Rojas and left-hander Packy Naughton, acquired in the August trade of Brian Goodwin to the Cincinnati Reds, were among the draft-eligible players left unprotected by the Angels.

The Angels have two openings on the 40-man roster, which new general manager Perry Minasian intends to augment with high-end pitching during the offseason.