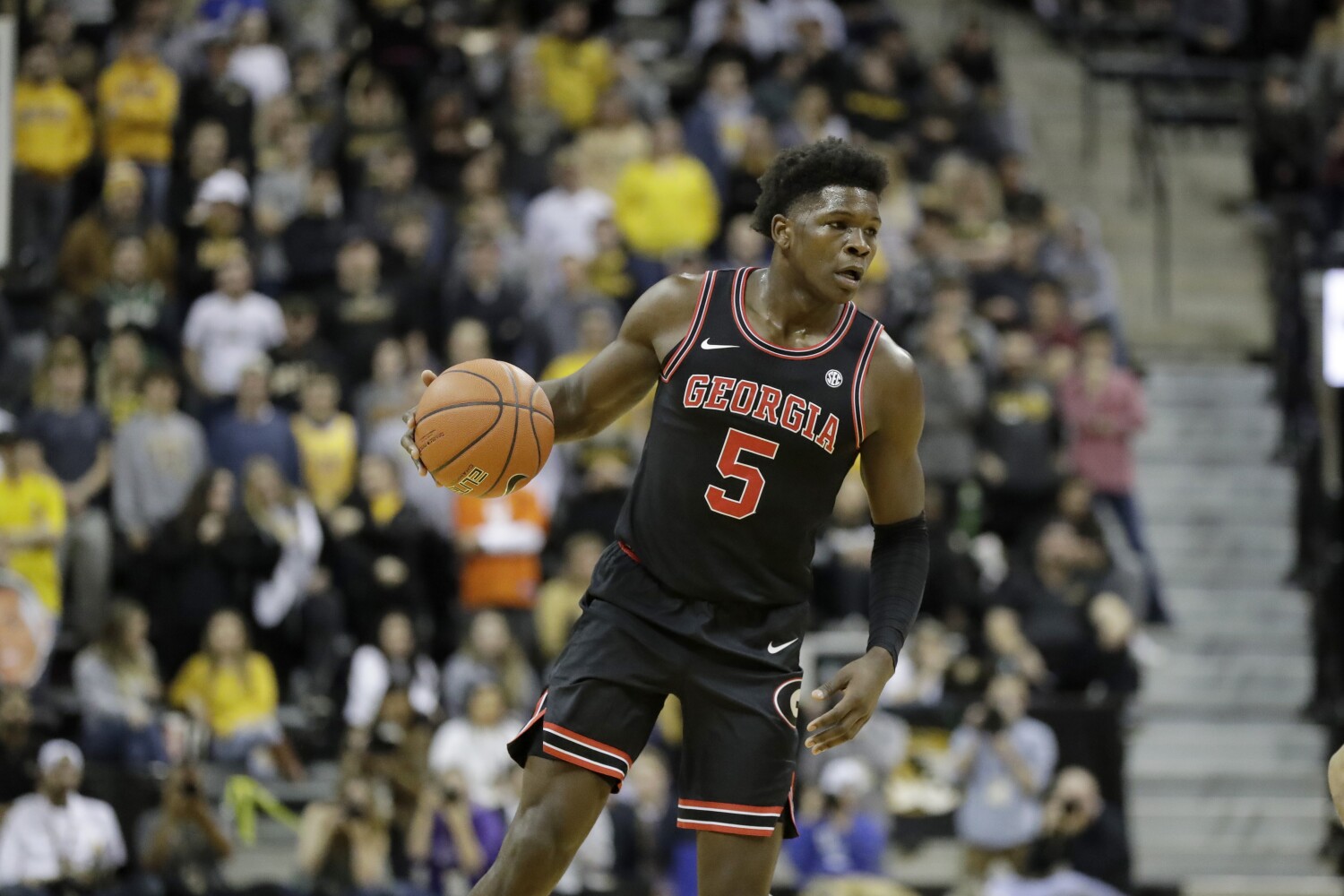 Anthony Edwards, who will assuredly be one of the first names called next week during the virtual NBA draft, knows what he’ll bring to the team that selects him.

He can get a bucket any way he wants. He can create for his teammates. He’s going to make an impact on defense.

Whoever picks the guard from Georgia will get a player with dynamite in his calves and plenty of confidence in his abilities, one with broad shoulders, a baby face and a belly full of hamburgers and chicken wings.

“My eating habits are going to be the hardest thing,” he said during a video conference Wednesday, a reminder that elite NBA prospects hear the calls from the fridge like the rest of us.

Measuring more than 6-foot-5 with a 225-pound frame, Edwards is the real deal physically, a player strong enough, quick enough and explosive enough to have a home in an NBA backcourt almost from Day 1.

But he’s also a player with questions about his motor and conditioning, not the kinds of questions teams want to be asking about a player they could select in the top three. Minnesota, Golden State and Charlotte have the top three selections.

“It was a lack of not being locked in and I feel like I’ve changed that tremendously,” he said Wednesday.

The talent speaks for itself. Edwards’ most intriguing game film came in a showdown with Michigan State, when he erupted for 33 second-half points. He made tough shots, contorting his body to create space with a style clearly influenced by James Harden.

But the effort fluctuated and the efficiency needs lots of work, reasons why some scouts and executives prefer LaMelo Ball or big man James Wiseman at the top of their boards. Edwards had three-point range, but he also went just three for 25 from deep to end his season, finishing the year at 29.4%.

The wait for the NBA draft, though, gave him time to work and refine. Edwards said he’s a better catch-and-shoot player than he showed in college, and the concerns about his energy have been addressed.

“I feel like it’s been better for me,” he said. “I haven’t complained, I haven’t tripped about it at all because it’s more time for me to get better and get ready to play in the NBA. It was good for me.”

He’s worked out for each of the teams in the top three, he said, with Michael Jordan coming by to watch his workout for Charlotte.

The time with the Warriors, though, could’ve been the most transformational.

“I learned a lot from the workout,” Edwards said. “I feel like that workout changed my mindset. … Just the advice they gave me.”

That advice? He made it sound like it had to do with consistency, focus and commitment. The other stuff, he makes it sound as easy as it looks.

“I can score the ball. My playmaking ability is underrated,” he said. “Those two things will help a team tremendously.”