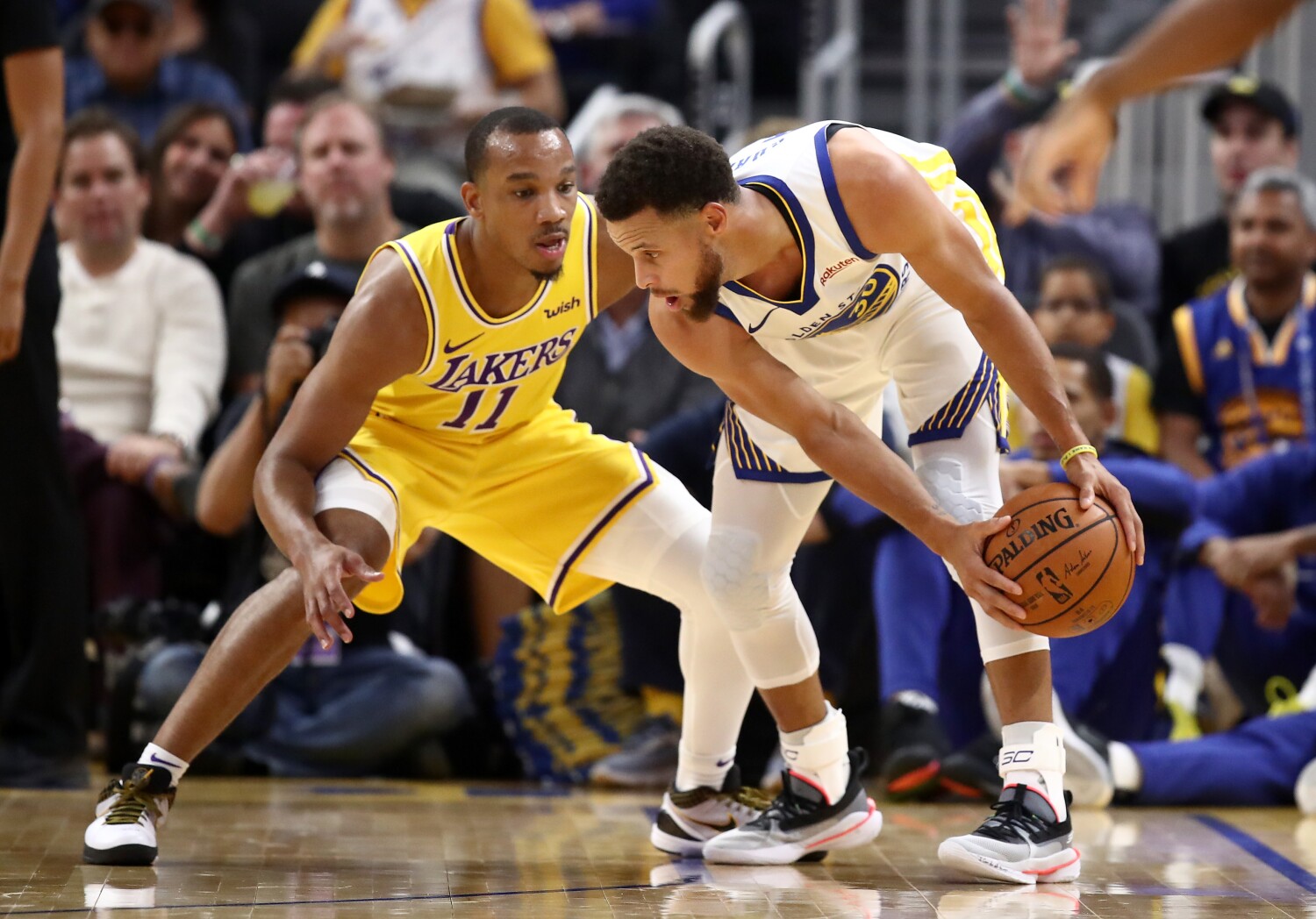 Free-agent guard Avery Bradley has agreed to a two-year deal with the Miami Heat, The Times has confirmed through people with knowledge of the situation who are not authorized to speak publicly on the matter.

Bradley, who opted out of his contract with the Lakers that would have paid him $5 million next season, will sign for $11.6 million.

Bradley opted out of playing with the Lakers when they went to the bubble at the Wide World of Sports Complex near Orlando, Fla., to finish the pandemic-delayed NBA season because of family health concerns.

But Bradley stayed in contract with his teammates during their run to the franchise’s 17th championship.

In Bradley, who turns 30 next week, the Heat get a dogged defender who improved his offense while playing for the Lakers.

Bradley played in 49 games for the Lakers last season and averaged 8.6 points in 24 minutes while shooting 44.4% from the field, including 36.4% from three-point range.

In other NBA developments Saturday:

— Forward Gordon Hayward and the Charlotte Hornets have reached agreement on a four-year, $120-million contract. Hayward, who declined a $34-million player option with Boston, had agreed to a four-year offer sheet worth about $63 million with the Hornets in 2014, a deal that was matched by the Utah Jazz, Hayward’s original team. He left the Jazz for Boston in 2017, saw his first season with the Celtics end on opening night of the 2017-18 season when he suffered a horrible lower leg injury, then averaged 14.0 points per game over the following two seasons.

— Guard Fred VanVleet has agreed to re-sign with the Toronto Raptors. The deal is worth $85 million over four years, with VanVleet holding an option for the final year. He was a key reserve on the Raptors’ 2019 championship team and averaged 17.6 points and 6.6 assists a game last season as a starter. He shot 39% from three-point range.

— The Atlanta Hawks agreed with guard Kris Dunn on a two-year contract worth $10 million, a day after landing forward Danilo Gallinari to a three-year contract.

Associated Press contributed to this report.

Galaxy fail to advance in MLS tournament after draw with Houston