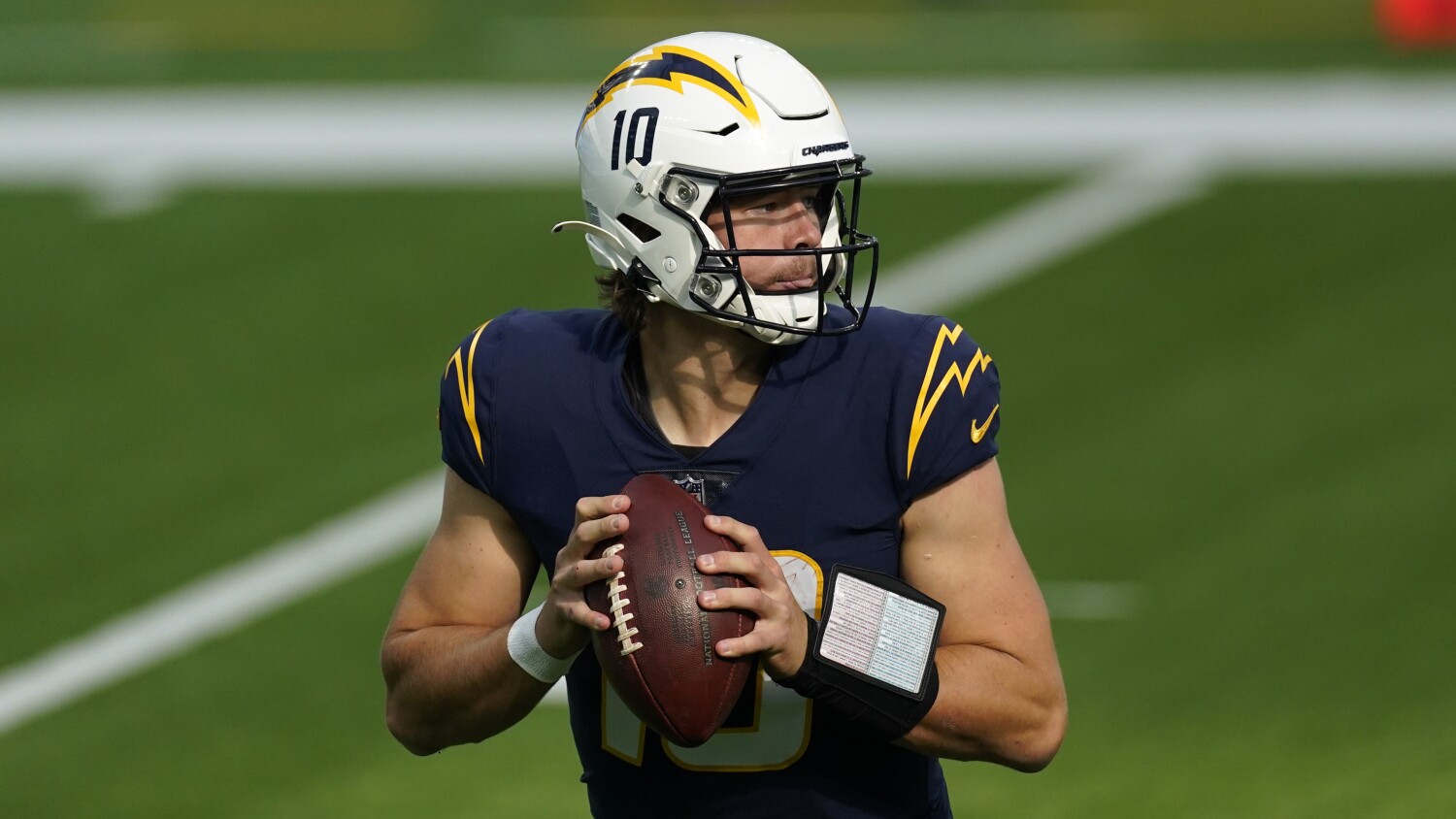 Breaking down how the Los Angeles Chargers (2-6) and the Miami Dolphins (5-3) match up heading into their game Sunday at 1:05 p.m. Pacific time at Hard Rock Stadium in Miami Gardens, Fla.

When Chargers have the ball: For a team that has allowed 16 sacks, which is a respectable tied for 14th in the NFL, doesn’t it seem as if the Chargers’ offensive line has been under consistent siege? Justin Herbert was hit hard a few times last week against Las Vegas, one of those shots knocking him out of the game for one play. Blitz-centered Miami is 12th in the NFL with 20 sacks. The Dolphins have allowed 20.1 points per game, and only three defenses have been better. Perhaps most important, they are tied for fourth with 14 takeaways, which is double the Chargers’ total. The turnover tale has been a sad story for the Chargers over the last two seasons. Playing against such a stingy Miami group, ball security will be paramount for Herbert and the Chargers’ offense. Miami cornerback Xavien Howard had interceptions in four straight games during a stretch this season and leads the NFL with 16 pickoffs since December of 2017. Herbert has been interception-free in three of his last four games. Against the Raiders, he passed for at least 300 yards for the fourth time this season. The Dolphins have given up 300-plus yards passing on three occasions but also have held three opponents below 150 yards through the air.

When Dolphins have the ball: Miami has been the NFL’s best team in the first half, outscoring its opponents 146-82. The Dolphins have scored at least 21 points in four consecutive first halves, something this storied franchise had done only once previously. Rookie quarterback Tua Tagovailoa will make his third start and look to improve to 3-0. After an underwhelming debut against the Rams, Tagovailoa excelled in a 34-31 victory at Arizona, leading a fourth-quarter comeback and frustrating the Cardinals with his mobility. The Chargers have had more success than most in containing Patrick Mahomes and put together a how-to video in stopping Lamar Jackson in the playoffs two years ago, but defensive coordinator Gus Bradley’s bunch has been prone to big plays of late and Tagovailoa appears capable of making highlights with his arm and legs. Offensively, Miami’s numbers are pedestrian at best. But the Dolphins’ output on the scoreboard has been aided by an opportunistic defense and impressive special teams. The Dolphins have returned two fumbles and a punt for touchdowns and have the NFL’s most accurate kicker.

When they kick: Michael Badgley missed another field-goal try last weekend, an errant 48-yarder. Though the miss came early, those points proved critical when the Chargers were forced to try to score a touchdown late in a 31-26 loss to Las Vegas. Badgley is 14 for 19 for the season. Miami’s Jason Sanders has been simply perfect: 17 for 17 on field-goal attempts, 21 of 21 on extra-point tries.

Jeff Miller’s prediction: The odds and the football gods have to lean in the Chargers’ favor one of these weeks, right? A team that leads the NFL in nothing that matters, the Chargers certainly are No. 1 in postgame muttering. Another week, another wreck.