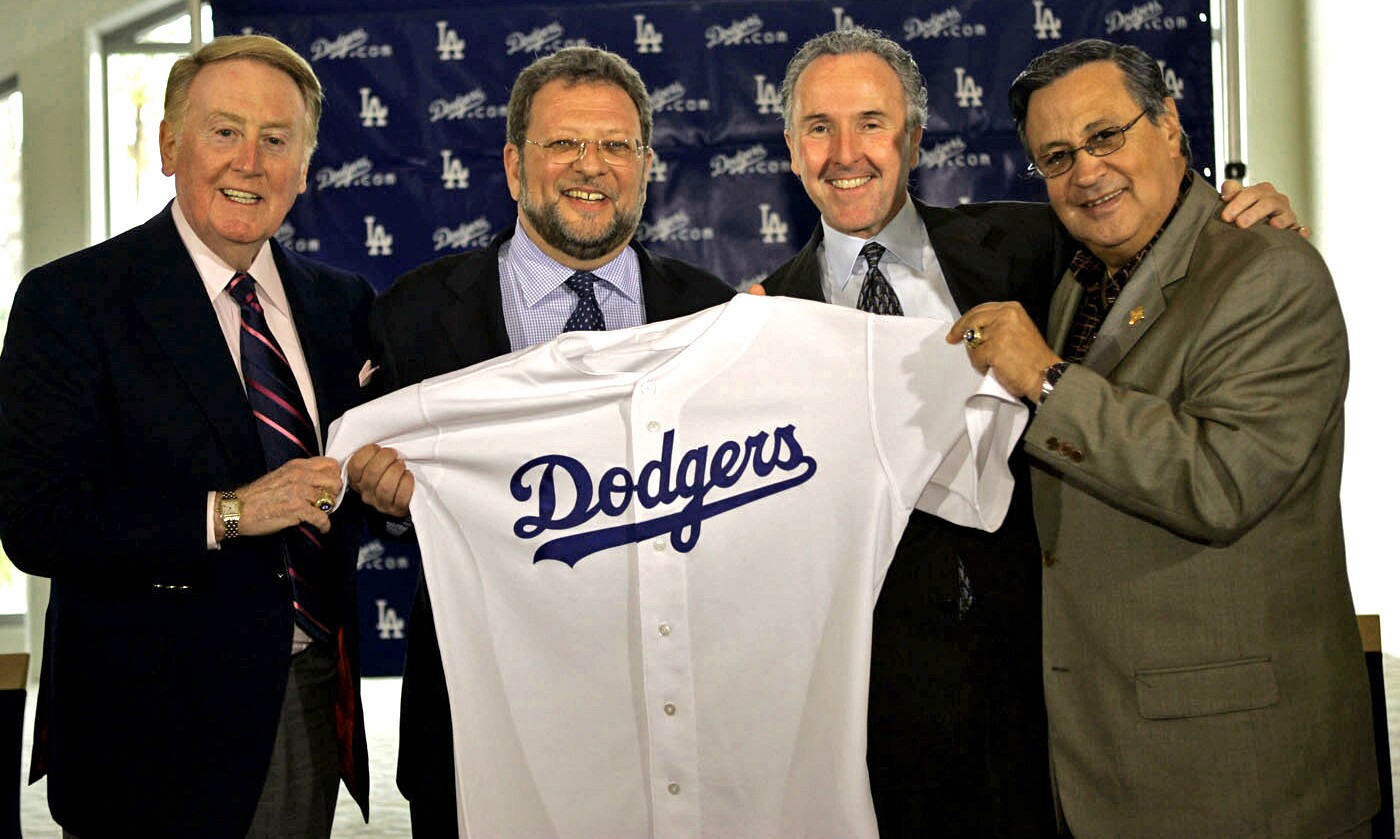 When Charley Steiner was a child growing up on Long Island, he would head down to the basement, turn down the radio and call Brooklyn Dodgers games. They were his first practice sessions. He wanted to be Vin Scully when he grew up.

More than six decades later, Steiner will call Dodgers games on the radio from home for another reason: the novel coronavirus.

Steiner turned 71 last Friday and has medical conditions that render him a high-risk individual. The combination prompted his doctor to advise him against working at Dodger Stadium this season.

“I’m a hanging curveball in the day of COVID-19,” Steiner said in a telephone interview Monday.

Steiner has “religiously quarantined” in recent months. He said he’s left his Brentwood home for a haircut, an outdoor dinner at a restaurant, a daily three-mile walk, and the occasional supermarket visit since the middle of March. He thought he would work out of the booth at Dodger Stadium with Rick Monday for a 16th straight season until he spoke with his doctor last week.

He notified the Dodgers of his decision the next day. A day later, the organization asked if he would consider working from home. By Friday, an impromptu booth was built in his living room. On Sunday, he was on the call for the Dodgers’ first exhibition game against the Arizona Diamondbacks.

The setup includes three flat-screen televisions — one mounted and one on the floor on either side. One has a direct feed from the television broadcast truck. Another has a stationary angle from above for a view of all the fielders called “The All-9″. The third features shots of the bullpen and a running scoreboard.

Steiner initially was skeptical. He said the closest he came to the arrangement was calling games in Japan off a monitor in a studio in the 1980s. But the Dodgers purchased a technology to avoid any latency lag and ensure Steiner’s voiced lined up with the events on the field.

The first broadcast proceeded without a hitch. Notes were sprawled on the coffee table in front of him. He called the game from a recliner.

“I’m doing something in my career,” Steiner said, “that I never thought humanly or technically possible.”

Steiner was back on the call for Monday’s exhibition and will return for Tuesday’s final dress rehearsal against the Angels before the Dodgers open the season Thursday against San Francisco.

Monday and Duane McDonald, the broadcast’s producer and engineer, will work in Suite 215 at Dodger Stadium. Steiner will be in his living room, wishing he could be with his colleagues but happy to be on the air again.

“This has been gratifying,” he said. “I can’t begin to tell you how lucky I am.”

Manager Dave Roberts said the club will begin the season with 15 to 17 pitchers. Teams are allowed to have up to 30 players on their roster for the first two weeks of the season. … Roberts said Ross Stripling will start Friday against the Giants and Alex Wood will start Saturday. They will follow Clayton Kershaw, who is slated to make his ninth career opening day start Thursday.

Chargers coach Anthony Lynn hasn’t seen losses like this before

Questions linger about USC’s Kedon Slovis after effort vs. Utah