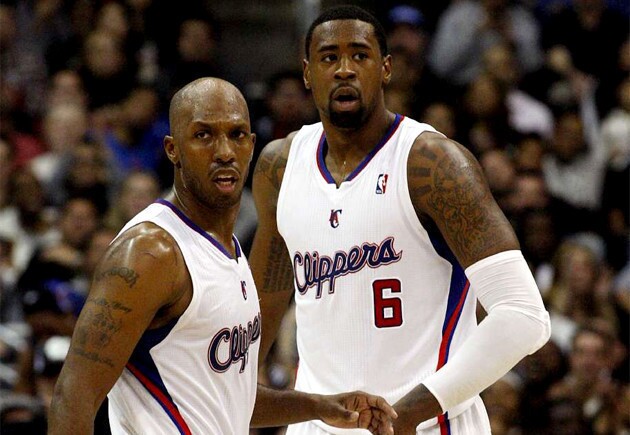 For 22 years as the varsity boys’ basketball coach at Raytown High, Mark Scanlon unlocked the school’s gymnasium during the summer and teenagers emerged from the scorching Kansas City, Mo., heat for pickup games.

On one such day in the early 2000s, a 1995 Raytown alumnus showed up: Tyronn Lue, the star Blue Jays point guard who later became a first-round draft pick out of Nebraska. And he did not come to the run alone. Lue’s friend just happened to be an NBA point guard too.

“I knew Tyronn was going to come by,” Scanlon said. “I didn’t know Chauncey Billups would. It was a pretty good open gym.”

The timing might have been a surprise, but the sight of them together was decidedly not. Those who knew Lue best, Scanlon included, understood it was the continuation of a friendship formed almost instantly during their first meeting at an Amateur Athletic Union tournament.

“I remember him coming back from an AAU tournament playing against Chauncey, and he just talked about how good he was and he was doing little moves that Chauncey was doing,” said Terry Nooner, a teammate of Lue’s at Raytown.

They have remained so despite being on opposite sidelines throughout college and long, decorated NBA careers. Lue won two championships as a Laker and a third, in 2016, as a coach in Cleveland. Billups earned Finals most valuable player in 2004 while guiding Detroit to a title.

Throughout their playing careers, both were lauded as canny locker-room operators, able to reach teammates in ways few others could. Now, with Billups finalizing a deal to work as an assistant on Lue’s Clippers staff, they are joining up for the first time since summertime open gyms, a reunion that comes with a goal of recreating together the success they’d achieved apart.

“I think Chauncey would be someone that will help him in a lot of ways, just off his knowledge, his rapport with players, his understanding of the game,” said Alabama State coach Mo Williams, who counted Billups as a mentor early in his career and played for Lue in 2016. “I mean, that will be a huge hire.”

Said Danny Nee, Lue’s college coach at Nebraska: “The two of them together make Batman and Robin.”

The Clippers’ staff will also include assistant Larry Drew, who coached Lue as a Lakers rookie in 1998, then worked for him two decades later in Cleveland. He is close with Billups as well; the trio once vacationed together in the Dominican Republic. For more than two decades, Lue and his friends have shared the same basketball language, and though there is nothing new about coaches filling their staffs with trusted voices, the long friendships could represent a particularly important benefit during an upcoming season that will again test teams’ ability to stay on the same page.

Only two months after successfully pulling off a 22-team, single-site bubble in Orlando, Fla., the NBA in December will attempt to keep all 30 teams safe and its season on track amid a continuing pandemic while staging games in home arenas. If the postponement-filled 2020 seasons in Major League Baseball and the NFL offer any insight, it is that the schedule the NBA issues might not be the one it ultimately follows.

Few teams know the challenge of remaining in sync amid interruptions better than the Clippers. In the wake of their bitterly disappointing second-round playoff exit, players and coaches lamented that the team never felt truly together. Opportunities to play as a full unit were rare: Injuries riddled the lineup while practices and shootarounds were infrequent. Their overlap in the bubble was cut short too. Some players arrived late following recoveries from COVID-19. Patrick Beverley, Montrezl Harrell and Lou Williams each left in July because of the deaths of loved ones.

In explaining how the Clippers blew a 3-`1 lead to Denver, guard Lou Williams said the Clippers, in part, were not always speaking the same language. Lost in translation was the franchise’s long-elusive postseason breakthrough.

“I don’t think we had the chemistry to do it and it showed,” Williams said in September. “We had lapses on defense and offense where I think guys played in systems where they expected guys to be in certain spots offensively.”

It’s now Lue’s job to eliminate such miscommunication, a message that will be filtered at times to players through his assistants. Since retiring after a highly regarded career in 2014, Billups has had other opportunities to re-enter the league, from the front office to the sideline. Ultimately, he chose to leave the broadcast chair for a sideline seat next to Lue, one row ahead of Drew. For the first time since summertime pickup games, Lue and Billups will enter the gym on the same team.

“They’re best friends,” Mo Williams said. “You couldn’t find another better stand-up guy [than Billups] to have next to you, somebody that you can really trust. Being in the coaching game, listen, that’s really the most important aspect of having a staff. You gotta have guys that you can obviously trust, to have a relationship where you guys can co-exist.”