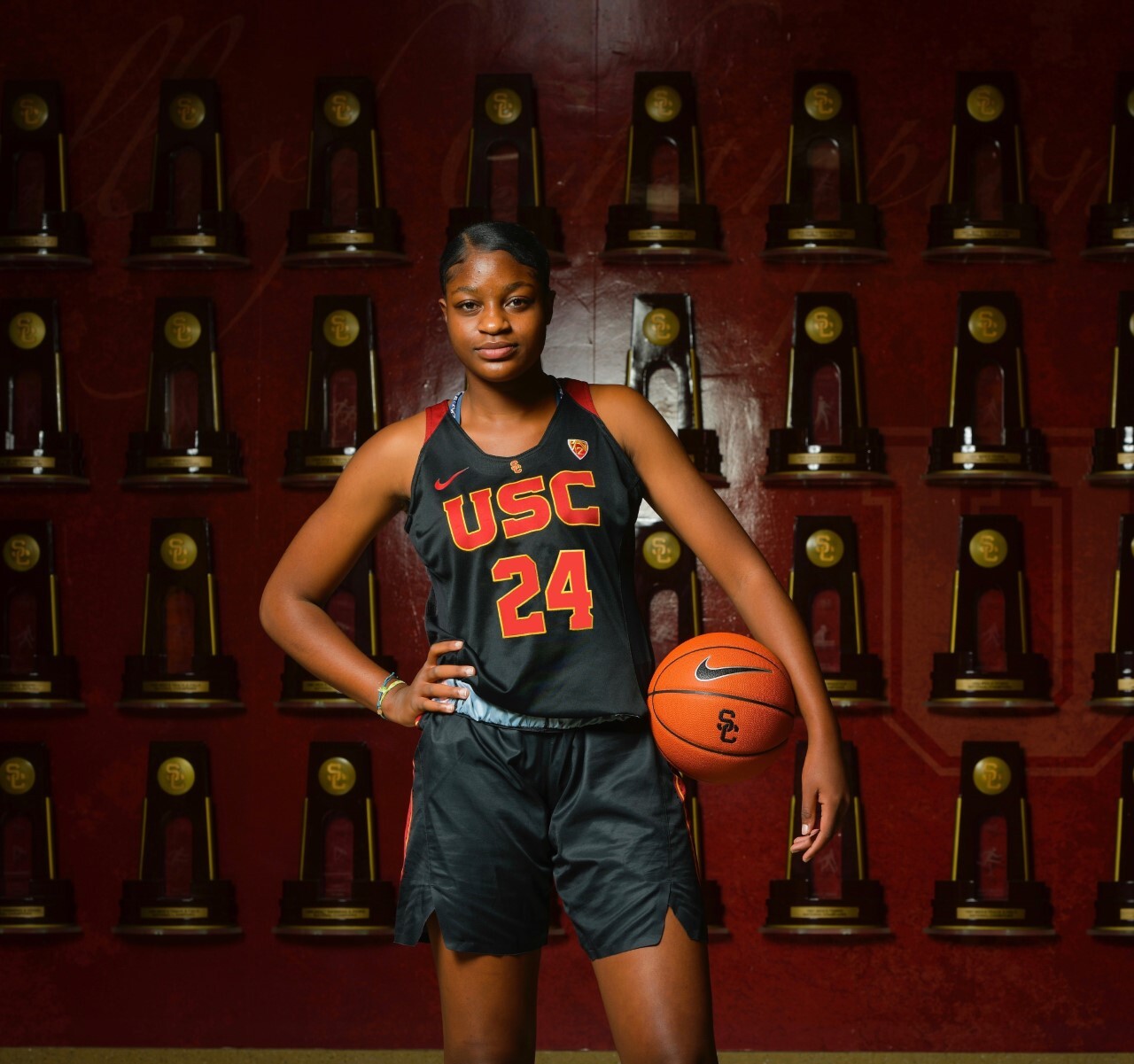 Wednesday will be a big day for 6-foot-5 Clarice Akunwafo of Rolling Hills Prep. She intends to sign an early national letter of intent with USC women’s basketball.

Despite months of COVID-19 college recruiting restrictions, Wednesday is still designated as an early signing day for high school seniors in all sports but football.

Akunwafo has developed into one of the best center prospects in the nation after averaging 20.1 points and 12.7 rebounds as a junior. She also has a 4.02 grade point average.

Big day on Wednesday for best friends Keith Higgins Jr. and Kenneth Simpson Jr. of Chaminade. Showed up four years ago and stayed together. Now signing with Lehigh and Arizona. pic.twitter.com/Sdp4jRYxqt

In boys’ basketball, Peyton Watson of Long Beach Poly is set to sign with UCLA.

No school could be celebrating more than Laguna Beach, which will have 11 girls’ water polo players signing. The team has won consecutive Division 1 championships.

Dodgers complete sweep of Angels behind a four-homer barrage