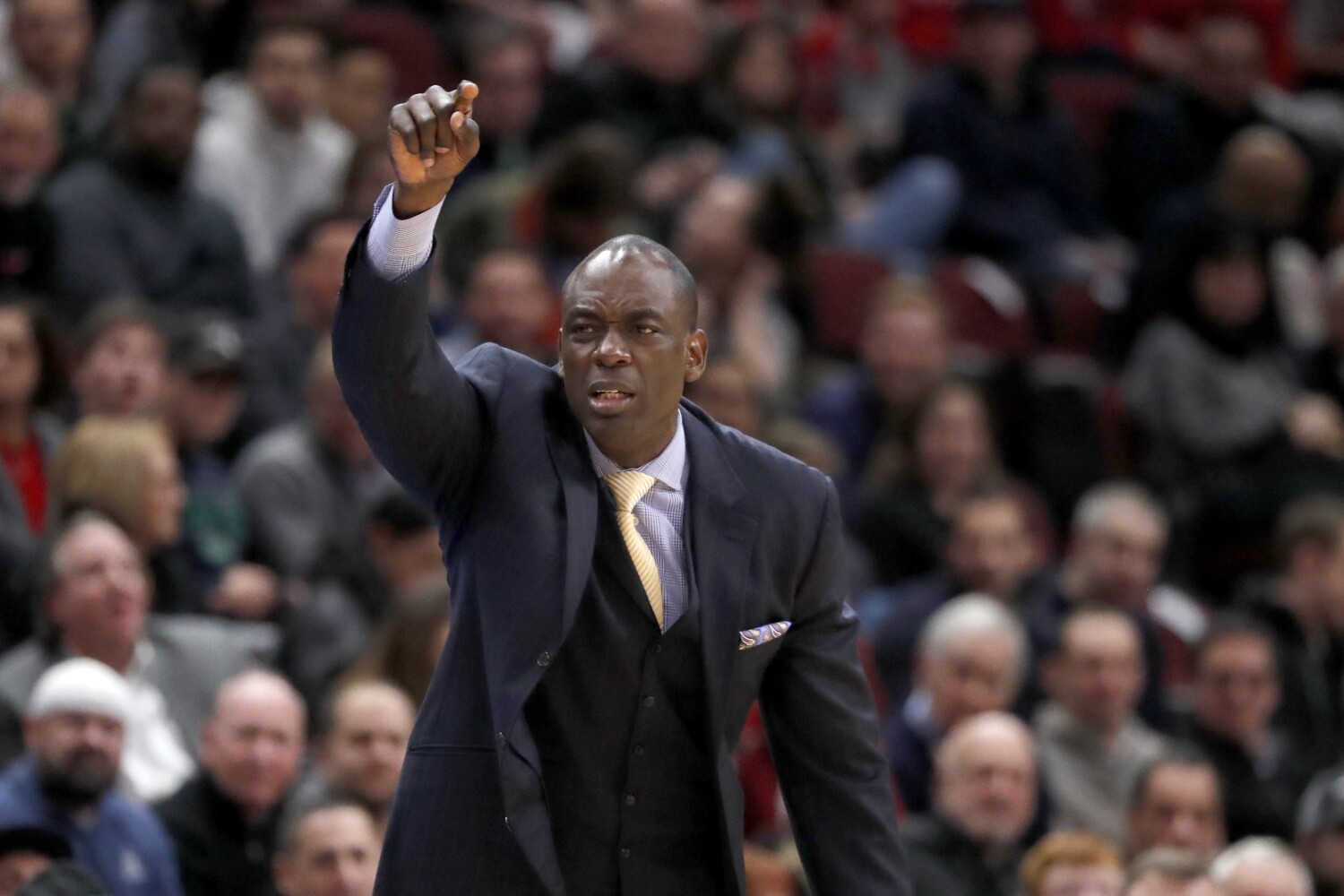 The Clippers have finalized Tyronn Lue’s first coaching staff, The Times has learned.

In addition to Kenny Atkinson, Chauncey Billups, Dan Craig and Larry Drew, whose hirings have been previously known, the Clippers have hired assistant Roy Rogers while retaining Brendan O’Connor and Jeremy Castleberry, people with knowledge of the hirings said. O’Connor has been a Clippers assistant since 2013, and Castleberry will enter his second season with the team.

Rogers, a first-round draft pick of the Vancouver Grizzlies in 1996, was an assistant coach last season in Chicago and is known for his work defensively and with big men, in particular.

After his playing career ended abroad in 2004, Rogers entered coaching four years later and has coached in the NBA with New Jersey, Boston, Detroit, Brooklyn, Washington, Houston and Chicago. While Rogers was in Houston, from 2016 until 2019, he was credited with helping develop Clint Capela into a center averaging a double-double and shooting 65% by their second year working together.

Like O’Connor, a longtime NBA assistant who first worked with Lue seven years ago with the Clippers, and Castleberry, a close friend of Kawhi Leonard who overlapped with Lue last season on the bench, Rogers has worked with Lue before — both coached in Boston during the 2010-11 season. There will be more familiarity for Rogers with his new team, too. With the Nets, Celtics and Pistons, Rogers worked with Lawrence Frank, the Clippers’ president of basketball operations.

The staff was finalized less than three weeks before the team opens training camp. The NBA season will begin Dec. 22, though a handful of preseason games are expected to be played between the start of camp on Dec. 1 and the season opener.