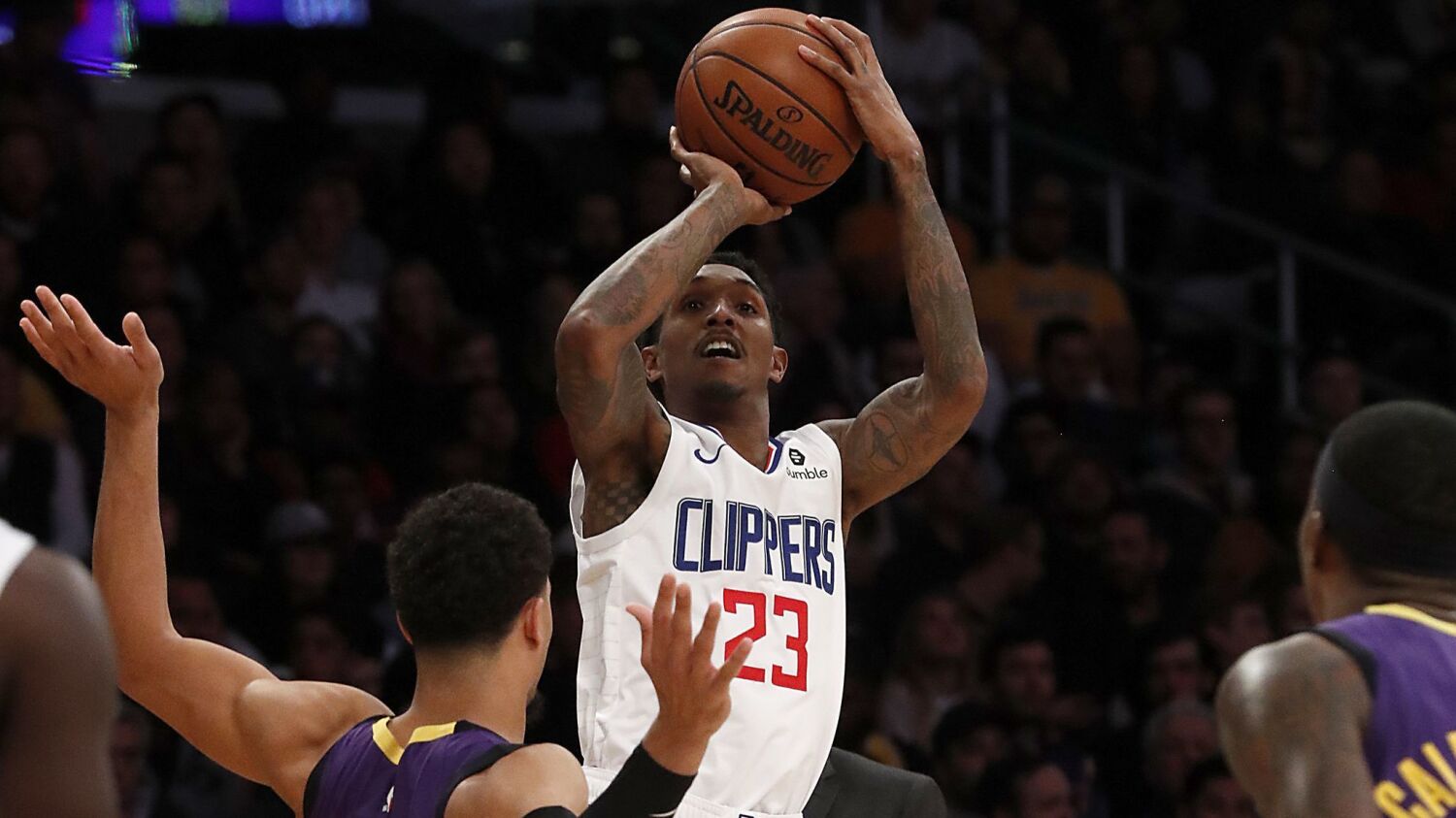 Rising from a chair Sunday morning, Clippers coach Doc Rivers offered a parting shot as his video conference with reporters ended and his team’s practice began.

“Vote!” he said into the camera, before ambling out of frame.

The moment was typical of a league balancing social justice efforts and basketball since teams’ arrival on the Walt Disney World campus near Orlando, Fla., two weeks ago for the restart of the NBA season.

From Denver’s Jerami Grant to the Lakers’ Dwight Howard, players have steered interview sessions toward calls for justice in the deaths of Breonna Taylor and George Floyd. Coaches, including Rivers, are used to fielding questions about police brutality as well as the postseason.

The approach of Clippers guard Lou Williams, the most outspoken of his teammates in supporting the Black Lives Matter movement, most closely resembles a drill taught to basketball beginners. Rather than shut up and dribble, as Fox News commentator Laura Ingraham once instructed LeBron James, Williams has chosen to dribble forward while keeping his eyes up to stay aware of what is happening around him.

Since Floyd’s death in May, Williams says he has given $25,000 to the bail of peaceful protesters in Atlanta; donated to ATL is Ready, a group of grassroots organizers, students and community organizers; and financially backed the work of Jasmine Crowe, whose Atlanta-based company Goodr works to redirect food that businesses would otherwise waste toward those in need.

Williams, who grew up in Memphis and moved to the Atlanta area when he was 9, said his interest in such issues was influenced partly by growing up in a state where John Lewis, the longtime civil rights pioneer who died Friday at 80, was a longtime Congressman.

“I didn’t have an opportunity to meet him, but definitely had an impact on my life, me being from Atlanta, Georgia, me being from the city and understanding the impact that he had,” Williams said. “It’s kind of unfortunate that at 23 years old in his life, he organized the March on Washington, actually spoke there and was a major part in putting that event together, which was obviously a huge historical event, and he passed still fighting the same fight. We have a long way to go … as far as humanity goes.”

Following Floyd’s death in Minneapolis in late May, Williams was at his house in suburban Atlanta, “feeling stuck.” He said he did not feel comfortable protesting in the streets but wanted to lend his support and was unsure how to do it.

“I wanted to let those people on the front lines know, or the people that were peacefully protesting to know, that I was with them,” Williams said. “I just spoke to my manager, had an idea that I just wanted to put some money towards getting people home as quickly as they could to get back to their families or get back on the streets and continue to fight the fight.

“I think it’s a job for everybody when it comes to these type of situations, and I felt like that would be mine.”

In June, Williams believed so strongly that the NBA’s return could overshadow the work of the national protest movement that he considered not joining the Clippers in Orlando. Rivers said the organization pushed for players to make a unified decision.

“We spoke as a team and we decided that our decision was going to be everybody or nobody,” Williams said on July 11. “… I have a lot of thoughts and ideas of the things I felt strongly about personally. But I represent a group. I represent an organization so ultimately that led to my decision.”

Dodger Stadium will serve as polling center for general election

NFL cancels Hall of Fame Game because of COVID-19 pandemic