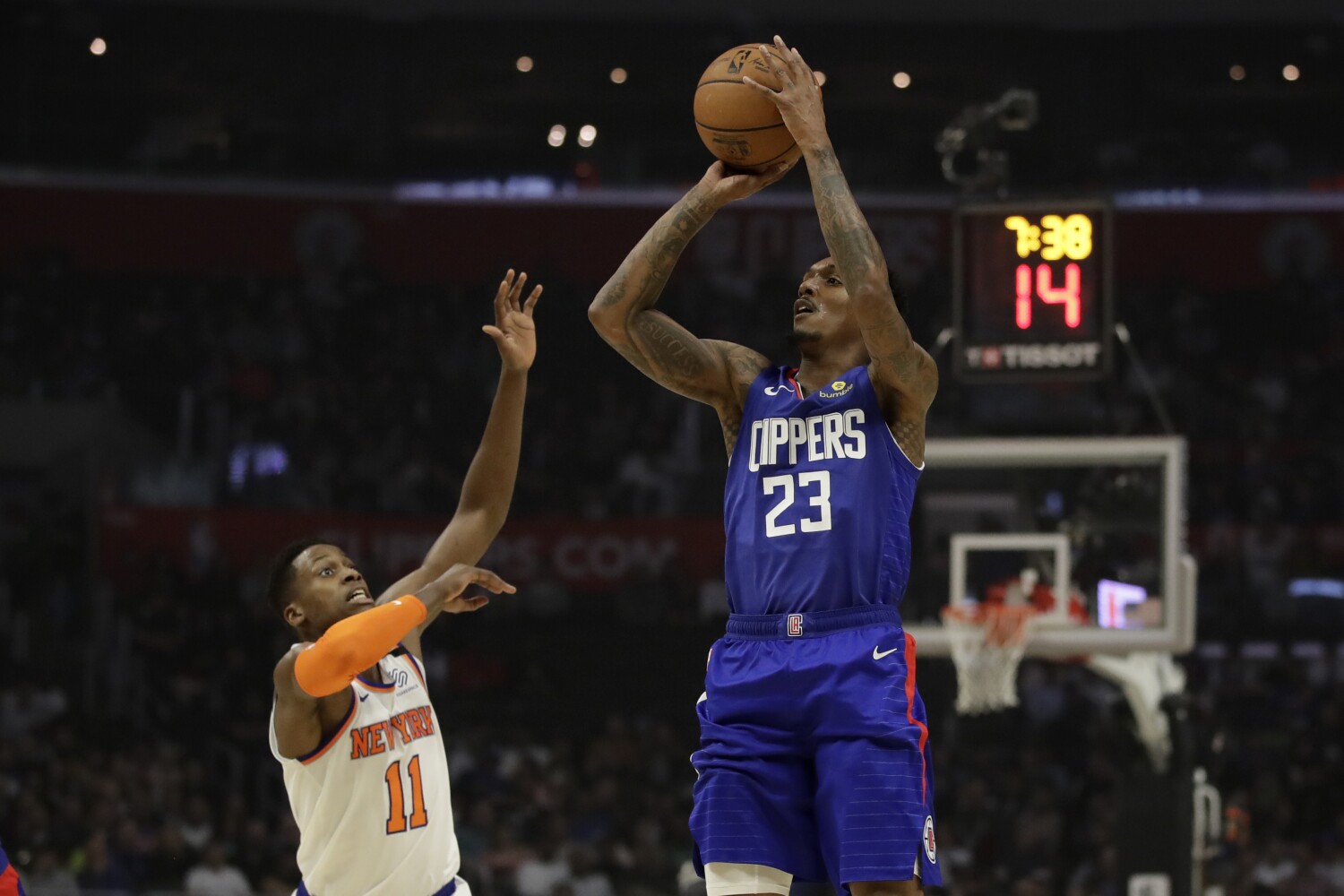 Clippers guard Lou Williams must undergo a 10-day quarantine before he can return to the court during the NBA restart, the league confirmed Sunday, a decision that knocks one of the NBA’s top-scoring reserves out of the Clippers’ lineup for their first two official games.

The Clippers officially restart their season Thursday against the Lakers. They then play Aug. 1 against New Orleans. The Clippers, who own the second-best record in the Western Conference, play eight seeding games before the postseason begins Aug. 17.

Williams will also forfeit money for the games he misses, according to league rules.

The quarantine ruling came after Williams was the center of controversy this weekend. Williams, 33, left the league’s campus at the Disney World resort near Orlando, Fla., after his team’s first scrimmage Wednesday to attend a funeral near Atlanta. The absence was ruled excused by the NBA, meaning Williams would have to quarantine for only four days upon his return to Disney World.

But by Thursday night, rapper Jack Harlow posted a picture of Williams — wearing an NBA-branded mask — at an Atlanta strip club on Instagram. The post was later deleted and Harlow later wrote on Twitter that it “was an old pic of me and Lou. I was just reminiscing cuz I miss him.”

The NBA soon began “looking into” Williams’ activities while away, according to two people not authorized to speak publicly on the matter, and Clippers coach Doc Rivers said Saturday that the team was not pleased to see the pictures.

“He’s back here; I call tell you that much,” Rivers said. “And obviously those got out and that’s something we obviously didn’t enjoy seeing or liked.”

Williams is the Clippers’ third-leading scorer this season, averaging 18.7 points per game off the bench. The three-time Sixth Man winner scored a team-high 22 points on Wednesday during the Clippers’ first scrimmage ahead of the restart.

Alex Morgan is among 23 players on roster for USWNT

Jalen Ramsey showed his value to the Rams against the Seahawks