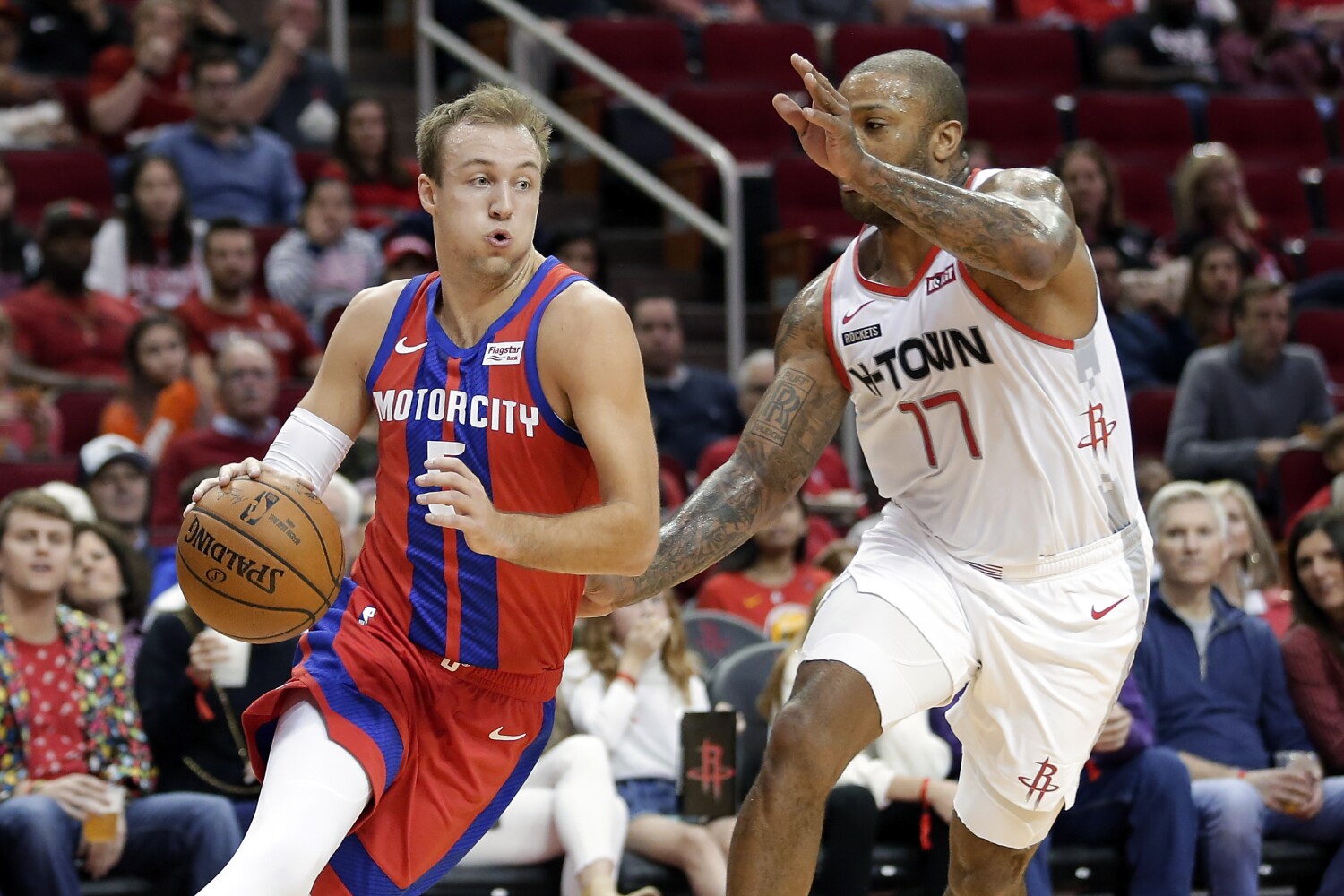 The Clippers and Detroit Pistons made official their draft-night trade Thursday, a deal that includes more parts than originally anticipated.

The trade was part of a three-team deal that sent Clippers guards Landry Shamet to Brooklyn and Rodney McGruder to Detroit while netting the Clippers guard Luke Kennard and the draft rights to 55th overall pick Jay Scrubb, the national junior college player of the year. In addition the teams announced that the Clippers will also receive Justin Patton, the 16th overall pick in the 2017 draft who has become a journeyman during his short NBA career. The Clippers will be his fifth team, at least for now, should he be moved in the future.

The Clippers also acquired second round picks in 2023, from Portland, and Detroit’s second-round picks in 2024, 2025 and 2026. That could prove useful for a team that had seen its war chest of draft assets depleted amid a series of trades during the past 16 months and could enable the Clippers to engage in further trade talks, whether now or leading up to the NBA’s winter trade deadline.

Kennard was selected four picks before Patton in the 2017 draft and averaged 15.8 points last season during a campaign that was limited to 28 games because of knee tendinitis. He has said he has recovered from the injuries.

“Luke is a young, ascending player who has worked hard to establish himself as a reliable shooter and playmaker,” Clippers president Lawrence Frank said in a statement announcing the trade. “We’ve admired him from afar for quite a while and are excited to have him. In addition, the draft assets allow us the opportunity to continue drafting and developing young talent, or otherwise explore trade opportunities, for years to come.”