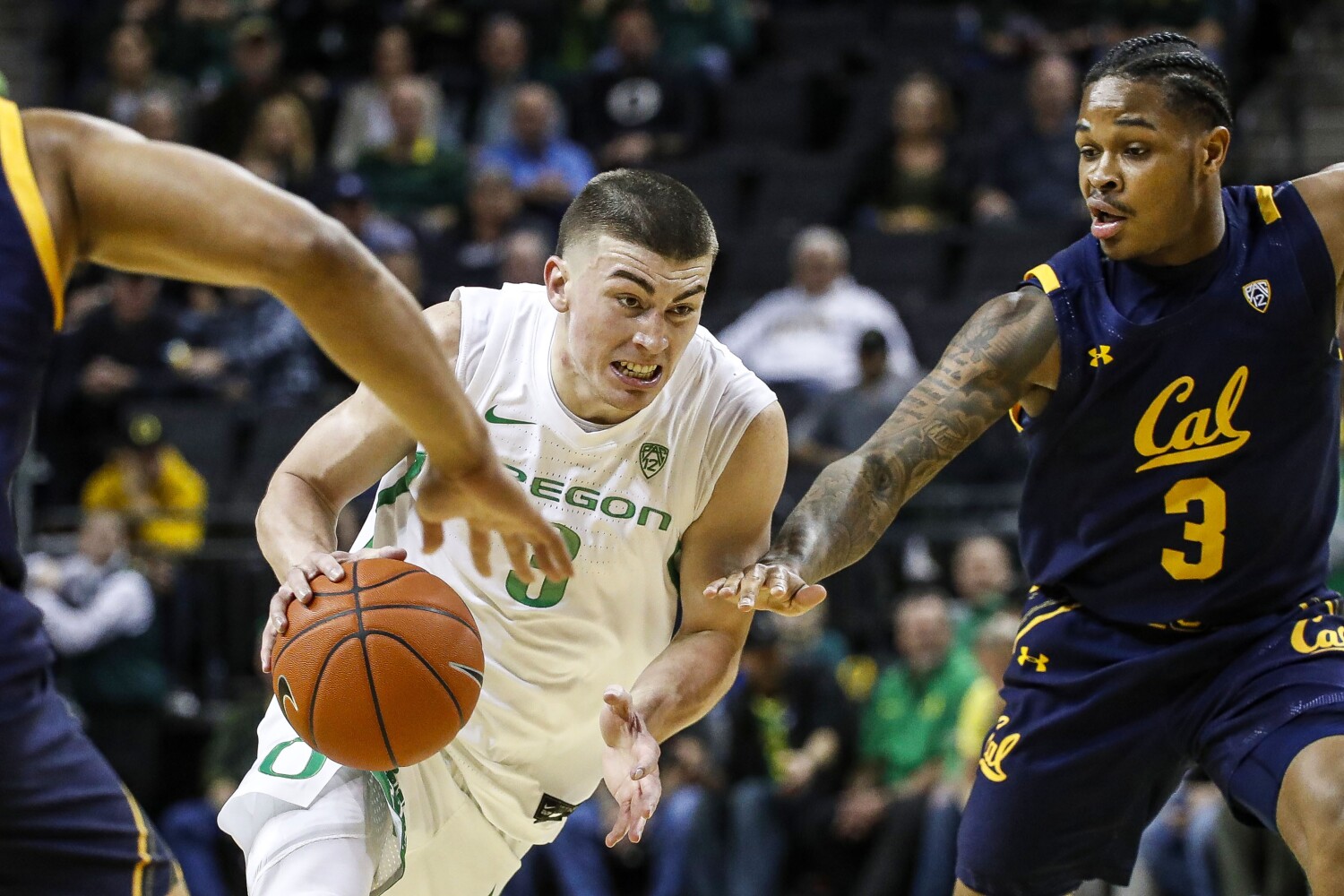 After the bulk of the Clippers’ playmaking last season fell on perimeter players who weren’t traditional point guards, the team is expected to spend the rapid-fire offseason exhausting its options to upgrade at the position.

The NBA draft on Wednesday is one avenue to do just that.

The Clippers own the 57th selection in a 60-pick draft and yet, considering the franchise has made a draft-night move each of the last five drafts since Steve Ballmer took ownership, multiple league observers said they expect the team to be active in seeking ways to move up in the draft order. If they do, it could be with selecting a point guard in mind.

In early November, a contingent of Clippers officials traveled to Las Vegas to watch San Diego State’s Malachi Flynn work out. The 6-foot-1 Flynn, 22, is coming off a junior season in which he averaged 17.6 points and 5.1 assists while earning consensus All-American honors.

The Clippers have also spoken with Oregon’s Payton Pritchard, who in April was named the Bob Cousy Point Guard of the Year after becoming just one of four players nationally to lead his conference in points (20.5) and assists (5.6). Stanford’s Tyrell Terry, a 6-1 freshman who averaged 14.6 points, 4.5 rebounds and 3.2 assists while shooting nearly 41% on three-pointers, also has been interviewed by the team.

Flynn, Pritchard and Terry have floated between the late first round and early to middle of the second round in various draft projections. The Clippers do not own a first-round pick because a 2020 first acquired from Philadelphia was sent to Brooklyn a year ago as part of a draft-night trade to acquire Florida State center Mfiondu Kabengele. TheClippers’ own 2020 first-round pick was traded to New York as part of a package to acquire forward Marcus Morris.

What the Clippers do have is money, and at a time when some teams face a cash crunch because of COVID-19’s effect on the league’s bottom line, trading a pick for cash could be more attractive than in past years for teams higher in the draft order looking to trade down. The Clippers used money to move up in the draft in 2015 and 2017.

Should the Clippers use their pick on a guard Wednesday, their search for more talent at the position still is likely not over. Holding onto a rotation spot can be difficult for rookies in any situation, let alone for a win-now team with championship ambitions. With pressure building after September’s disappointing second-round playoff exit, and ahead of the 2021 offseason when Kawhi Leonard and Paul George are eligible to become free agents, the Clippers are expected to pursue acquiring a more experienced point guard.

Last season, guard Patrick Beverley, reserves Lou Williams and Reggie Jackson, and Kawhi Leonard handled the bulk of the offensive initiation. Terance Mann, a converted rookie from Florida State, also was used in a point-guard role, though much more sparingly.

Leonard was used a career-high 32.6% of the team’s offensive possessions, and contributed a career-high 4.9 assists. In the postseason, Leonard’s usage rate dipped slightly while averaging 5.5 assists.

Dodgers’ AJ Pollock has had more on his mind than baseball

Is Tom Brady the Sorest Loser Of All Time?