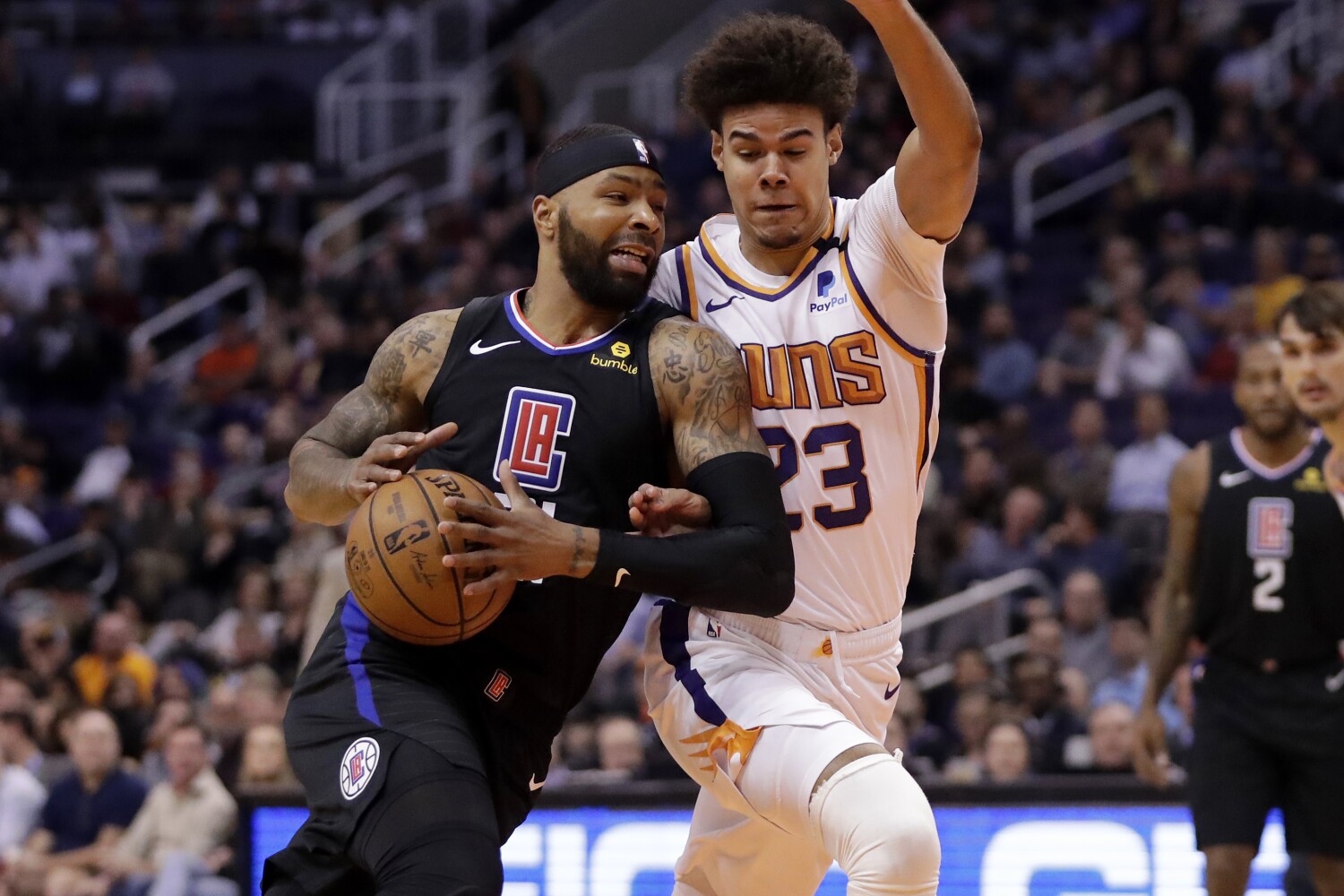 They answered by quickly retaining their top target.

The unrestricted free agency of Marcus Morris lasted fewer than five hours after he agreed to a four-year, $64-million contract that will return the 6-foot-8 forward to the Clippers’ starting lineup, a person with knowledge of the agreement confirmed.

The Clippers also agreed to a one-year contract with Patrick Patterson, a backup forward on last year’s team, while losing Montrezl Harrell, the NBA’s top reserve, to the rival Lakers on a two-year contract.

Late Friday, the Clippers lost another key reserve in JaMychal Green to Denver after he agreed to a two-year contract worth $15 million, a separate person with knowledge of the decision said. The Clippers had been in talks to re-sign Green, who declined his player option for the coming season Thursday, but Denver won out. The Nuggets were aggressive in courting Green after losing their own forward, Jerami Grant, to Detroit.

The agreed-upon deal with Morris, which cannot be made official until Sunday, was sealed 16 months after the Clippers came up empty in their first attempt at locking up the floor-stretching forward adept at defending big men. They valued Morris so much in 2019 that they made him their second call of free agency, after only superstar Kawhi Leonard. A deal was never reached, but Morris later said he was impressed by his dealings with the team’s front office.

When the Clippers acquired Morris in February by trading a package to New York that included a first-round draft pick, the intent was to not allow him to walk months later in free agency.

Given a second chance to sign him to a long-term deal, they were successful but to do it, they agreed to pay Morris approximately $8 million more over the next four years than he earned during his first 10 years in the NBA combined.

Yet the Clippers were not in a buyers’ market; missing on him would have meant attempting to replace his shooting and defense while facing a dearth of attractive options.

Morris, 31, made just 31% of his shots during 19 regular-season games with the Clippers following his trade, a rate far off his hot-shooting stint to begin the season with the Knicks, but he proved to be one of their most consistent offensive performers during the postseason by making 47.5% of his three-pointers. He shot 60% overall, including 58% on three-pointers, on attempts deemed wide open.

“Run it back!” Morris tweeted after the deal became public.

Also back is Patterson, the 6-8 forward who is believed to have agreed to the veteran’s minimum, worth $2.6 million. Patterson, 31, played 59 games and shot 39% on three-pointers. He started the season’s first 11 games before reverting to a role off the bench upon Paul George’s return from shoulder surgeries.

Harrell, meanwhile, is leaving for the Clippers’ Staples Center co-tenant. How much of a sting his departure represented for the Clippers was a topic of debate among NBA observers Friday. Clippers guard Patrick Beverley, a teammate of Harrell’s for all five of his NBA seasons, tweeted “what” with a red-faced emoji when news broke of Harrell’s two-year deal with the rival Lakers.

“Happy for him tho,” Beverley later tweeted.

Harrell averaged a career-high 18.6 points and 7.1 rebounds in the regular season and figured into one of the team’s most revealing moments in January when he expressed his candid displeasure with the growing pains of the supposed championship contender.

Harrell was later named the NBA’s top reserve but, after leaving the league’s bubble for one month to be with an ailing grandmother, he struggled to regain his form. Matchups against taller centers from Dallas and Denver displayed the 6-7 Harrell’s defensive flaws.

Pac-12 commissioner Larry Scott is constantly on the hotseat