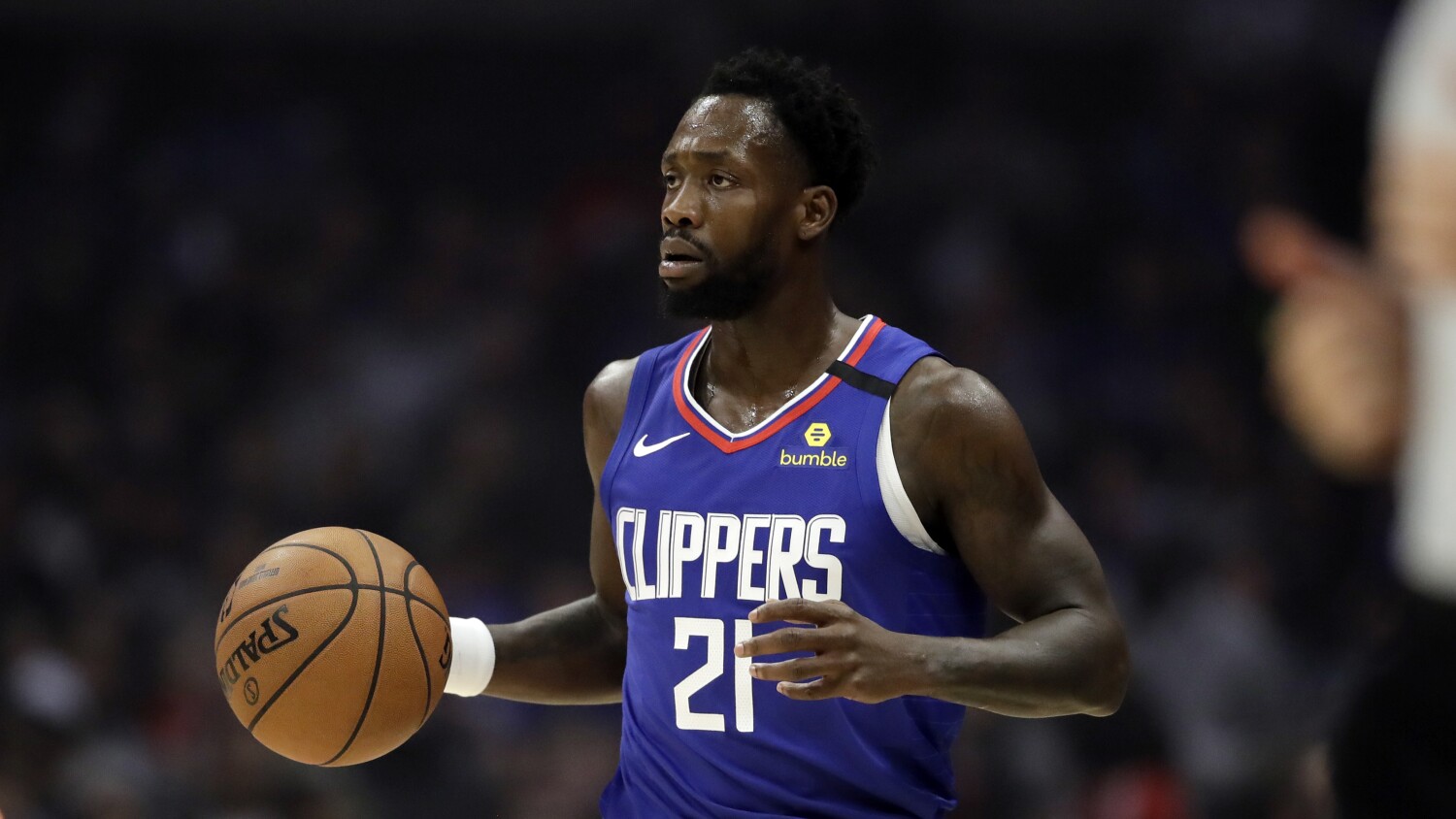 On the same day the Clippers added one starter to practice, the team also lost another when Patrick Beverley departed the NBA’s campus at Walt Disney World to take care of what was described as an “emergency family matter,” according to a person with knowledge of the situation.

Anyone who leaves the NBA’s campus can reenter only after spending between four and 10 days in quarantine. The timing not only rules out Beverley for the team’s first two scrimmages, against Orlando on Wednesday and Washington on Saturday, but also puts into question Beverley’s availability for the team’s first seeding game on July 30, against the Western Conference-leading Lakers.

Beverley is the second key Clipper to leave the NBA’s so-called bubble since Friday, when reserve Montrezl Harrell departed to be with his grandmother.

“Hurting bad right now grandma I need you,” Harrell wrote on Instagram on Tuesday. “We got to beat this!”

Beverley signed a three-year, $40-million contract one year ago to return to the Clippers. He and averaged 7.9 points, 5.4 rebounds and 3.7 assists this season while reprising his role as one of the team’s key leaders.

Starting forward Marcus Morris practiced Tuesday after not previously being known to be on campus with the team. But the team is still without reserve guard Landry Shamet and starting center Ivica Zubac.

UCLA beats Cal to move to .500 for first time in Chip Kelly era