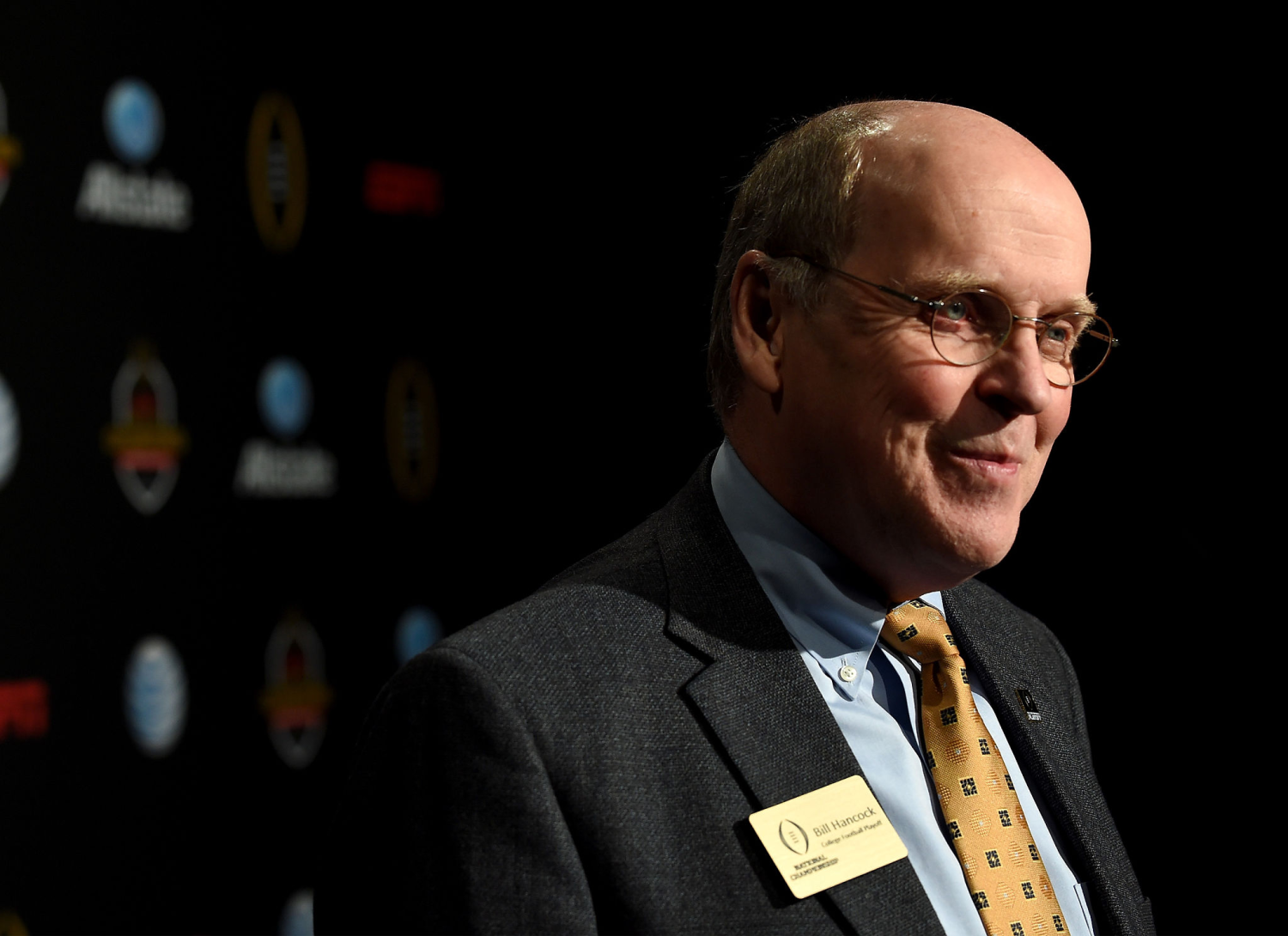 The man responsible for guiding the College Football Playoff through a pandemic sat in his Kansas City area home late Saturday morning, flipped on the Ohio State-Indiana game and ordered himself a plate of nachos for delivery.

On Monday, Bill Hancock will attend the first meeting of the CFP selection committee in Grapevine, Texas, and Saturday was the last chance to gather data before the group comes up with its first top 25. But, like fans across the country, Hancock was met with news of Florida State-Clemson being postponed just hours before the scheduled kickoff because of COVID-19 concerns. Never mind that the Tigers had flown to Tallahassee on Friday with the full intention of shredding the Seminoles.

“Oh man, it’s 2020 isn’t it?” said Hancock, the CFP executive director, when reached by phone. “I know that’s trite, and it’s become jargon, but it’s true, you know? I think maybe the best chapter of the 2020 book will be what UCLA and Cal and the Pac-12 pulled off last weekend. Just phenomenal to think that they could arrange a game in 48 hours, at the Rose Bowl, and make it happen.”

In 13 years running the NCAA men’s basketball tournament, Hancock experienced lots of Madness. And certainly it was no different as executive director of the Bowl Championship Series, a computerized system for picking America’s two best teams so wrought with bugs it made bickering about the national title game participants a near-annual tradition.

The CFP, which debuted with the 2014 season, opened the field to four teams and staged two national semifinals, removing much of the hand-wringing because it was hard to feel too bad for whichever team finished No. 5 in the final rankings.

Picking the top four teams in 2020 could be the CFP’s biggest challenge yet. Because of coronavirus protocols and schedules varying by conference, teams will have played an unequal number of games. There have been no nonconference showdowns to help weigh the strength of the leagues against one another. While Hancock found himself amazed by the Pac-12’s ingenuity with UCLA-Cal, can the committee take its champion seriously with a maximum of seven games?

Clemson-Florida State was the 18th game postponed or canceled this week — a rising trend with no end in sight as the virus feasts on a pandemic-fatigued country entering the holidays. College football’s response has been as uneven as the nation’s. While some games have been canceled because of one positive test leading to contact tracing issues, Mississippi State reportedly played at Georgia on Saturday night despite having fewer than 53 available scholarship players — the size of an NFL game roster.

Hancock said the CFP does not intend to change its original timeline — announcing the playoff field and New Year’s Six bowls Dec. 20, hosting the national semifinals at the Rose Bowl and Sugar Bowl on New Year’s Day, and playing the national championship game Jan. 11 in Miami.

The answer for why there’s no consideration for the playoff process taking a pause is the same one for why there’s been a season at all — there’s just too much TV money to be made from staging these games. In 2019, each Power Five conference received $66 million from the playoff. Hancock said that he is prepared for the CFP to bring in 10% to 15% less revenue this season, but that won’t be due to not fulfilling the television contracts.

“Most of that will come from the size of the crowd,” Hancock said. “Obviously if there were games today there would not be any fans at the Rose Bowl.”

Still, it’s business as usual for the CFP. With the Centers for Disease Control and Prevention recommending no travel for Thanksgiving, the 13-person selection committee is traveling from all over the country to the Dallas-Fort Worth Metroplex to meet in a conference room at social distance. Of course, they will be performing a task — talking about teams and ranking them — that could be completed virtually.

“We had a call last week and the committee members are eager, they’re ready,” Hancock said. “They didn’t want to do the Zoom thing. They just think the discussions will be more effective and thorough if they’re in person. Anyone who’s done Zoom realizes that Zoom is effective for about an hour, hour and a half, and then you lose concentration.”

That said, choosing the top four this week shouldn’t take more than a few minutes. Alabama (wins over Texas A&M and Georgia), Notre Dame (win over Clemson playing without quarterback Trevor Lawrence), Ohio State (reputation plus a win over No. 9 Indiana) and Clemson (reputation and a win over No. 12 Miami) should be followed by Texas A&M (win over Florida), Florida (win over Georgia), and upstart unbeaten teams Cincinnati and Brigham Young.

On Dec. 20, even in an unprecedented season, we’re likely to see a playoff field that feels plenty precedented.

But the committee feels “like we have an obligation to do our job and get it right,” according to Hancock, and so its members and CFP staff will undergo antigen tests Monday morning like the players they’re evaluating. Any positives will lead to diagnostic PCR tests for those individuals.

It’s pandemic college football, and, no matter the circumstances, the show must go on.

Rams season tickets will be deferred to 2021 due to coronavirus