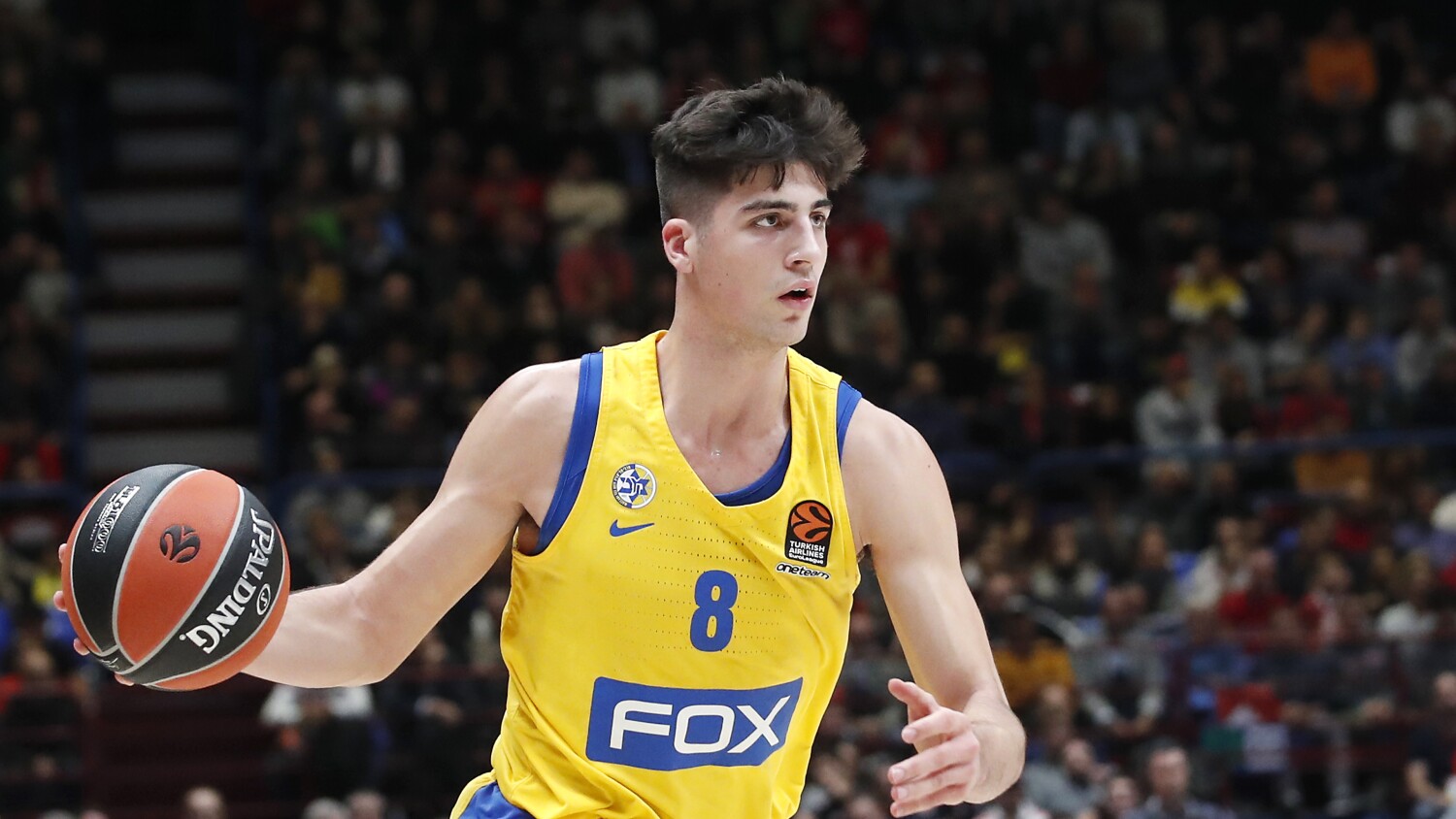 The WiFi, like Deni Avdija’s jump shot, was a little spotty. A microphone that needed to be muted wasn’t. And questions about specifics that he declined to answer popped up more than once.

Still, the 19-year-old Israeli sensation who will surely be the highest player picked from his country, navigated the Zoom call like a professional. And that makes sense — he’s been one for more than three years.

The youngest player ever to play for Maccabi Tel Aviv’s senior team, Avdija is ready to come stateside, to hear his name called somewhere early in next Wednesday’s draft, and to plant his country’s flag wherever his new home might be.

“Israel is a really small country. We haven’t provided a lot of players like other places. For me to put the flag wherever I go, it’s super important. I’m proud I can do that,” he said during a videoconference Wednesday. “… It’s for sure going to be exciting. This is the biggest stage for a basketball player in the world. And what are the chances for any player in the world to get drafted? It’s not a high percentage.

“Me as an Israeli, coming from a small place, working hard, going through all those ups and downs… I didn’t think about this at the beginning.”

The moment is here and it’s a big one. Israel has had only a few players make the NBA. Omri Casspi, Avdija’s friend and former teammate, is one of them. None, though, has had these kinds of expectations.

“Me talking with [Casspi] every day, him teaching me and guiding me towards my dream coming true, it’s really special to have someone next to you with a lot of experience,” Avdija said. “… I’m really thankful for him.”

Scouts look at Avdija and see a 6-foot-9 wing with an addiction to making the right play, a gifted passer who enjoys setting up teammates as much, if not more, than he likes to see the ball go through the net. He’s experienced, he’s smart, he’s engaging, and he’s a worker.

If there’s one thing he’s tried to convey during this extended draft build-up it’s that he loves the work.

It’s everything you want out of a prospect, especially one in this kind of draft where the unknowns seem to be magnified by seasons cut short because of the pandemic. But with Avdija, it comes with a rub.

The thing is teams drafting at the top are there for a reason — they’re not very good teams, and some scouts and executives wonder how Avdija will fit in a losing environment.

There’s no shame in Avdija’s role player bona fides — his greatest strength is that he’s a player willing to do things other than score if it means winning. But concerns about his shooting, even though the form looks pretty good, persist. He’s struggled from deep and the free-throw line, and while he’s agile, he’s not always all that explosive.

And for him to reach his potential, the shooting improvement is a must.

The Golden State Warriors, who are picking at No. 2, seem like a dream fit. They’ve met with him and reportedly were excited with what they learned. But that seems as if it might be a little high for a player routinely ranked outside of the top three.

Still, he seems like a safe bet, sources say, to be taken in the top five.

Wednesday, Avdija will make history — the highest-selected Israeli player ever.

“I’m very excited,” he said as his internet cut in and out. “The dream is right around the corner, getting drafted. … It’s something I’ve been working so hard for, me waking up in the morning, working out… It’s a special feeling for every basketball player. And it’s a privilege to be in the best basketball league in the world.