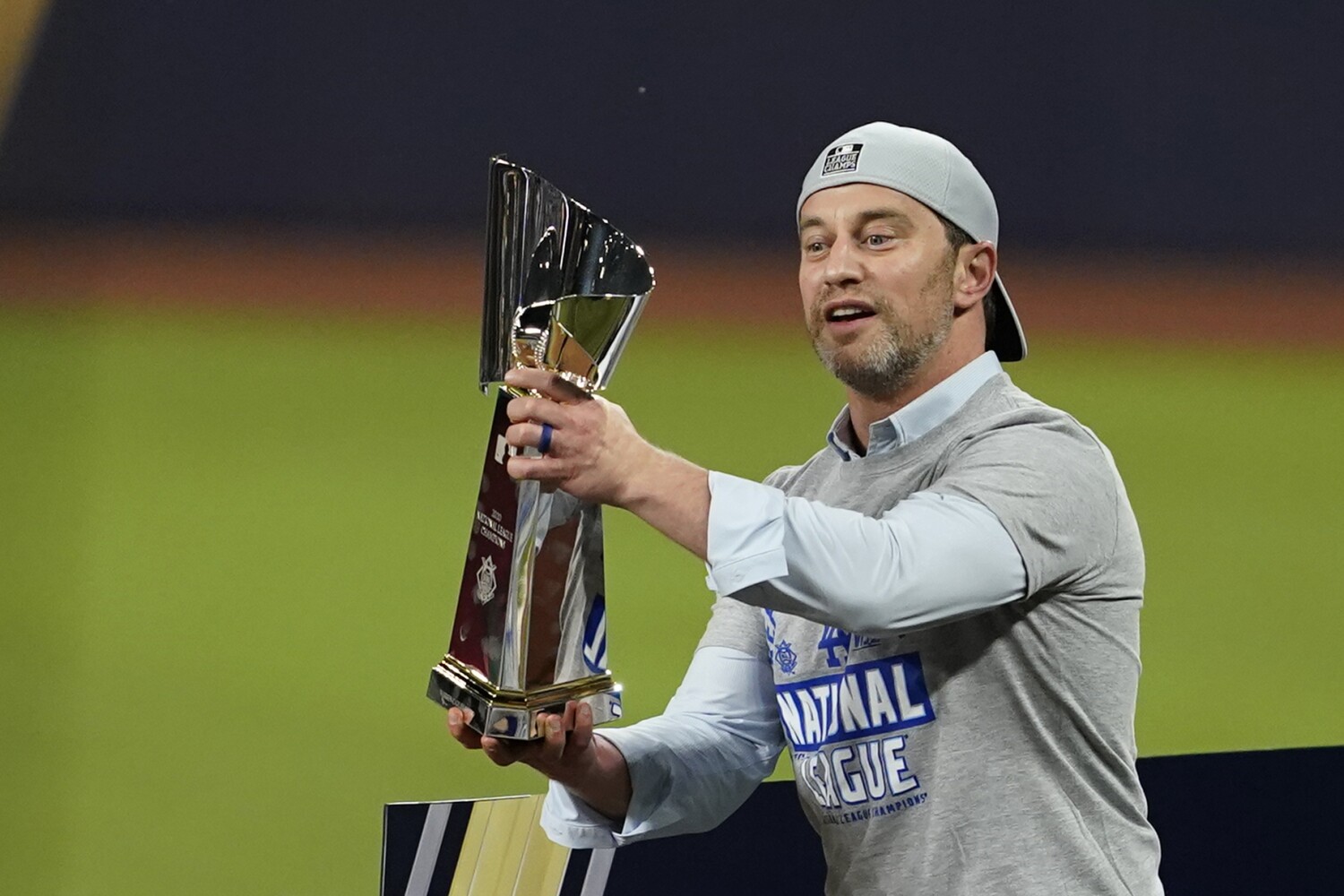 Dodgers president of baseball operations Andrew Friedman was named Major League Baseball’s 2020 executive of the year Tuesday, as voted on by the 30 clubs before the start of the postseason.

Friedman, in his sixth year in Los Angeles, constructed a team that posted the league’s best record (43-17) and highest win percentage by any club since 1954 (.717) in the pandemic-shortened campaign. The Dodgers scored the most runs, had the best earned-run average, and lost one series all year. They claimed their eighth straight division title — the third longest streak in MLB history — before going on to win their first World Series in 32 years.

The Dodgers acquired right fielder Mookie Betts and starter David Price from the Boston Red Sox days before the start of spring training. Price opted out of the season in July. Betts signed a 12-year, $365-million contract the day before opening day, became a pillar atop the lineup, and finished second in the National League MVP race.

Friedman, 44, joined the Dodgers in October 2014 after leading the Tampa Bay Rays’ front office and signed a contract extension last offseason. He is the third winner of MLB’s executive of the year award since it was introduced in 2018. The Oakland Athletics’ Billy Beane won it in 2018. The Rays’ Erik Neander was honored last year.

Sean McVay can’t explain away the Rams’ issues on offense