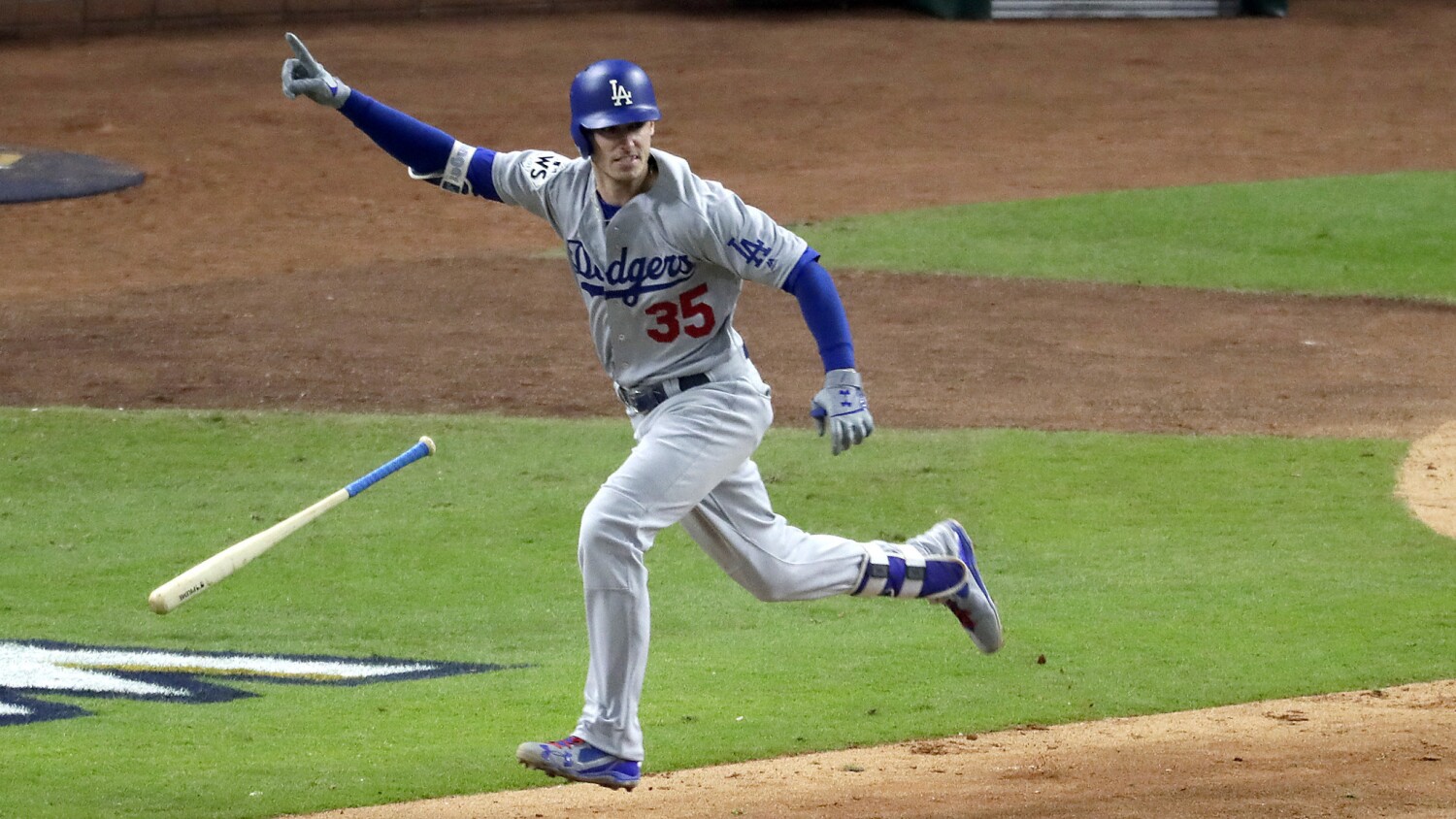 The Dodgers announced Bellinger will begin his rehabilitation process in Arizona next week. He is expected to be ready for the start of spring training.

Bellinger, 25, dislocated the shoulder when he smashed forearms with Kiké Hernández celebrating his go-ahead home run in Game 7 of the National League Championship Series against the Atlanta Braves. Bellinger popped the shoulder back in place. He was in pain the next day — an off day before Game 1 of the World Series — but didn’t miss a game.

Bellinger had previously dislocated the shoulder multiple times. Most recently, he suffered the injury diving for a ball at first base in May 2019. He missed the next game but returned two days later. He went on to win the National League MVP award.

Bellinger’s offensive production dipped in 2020’s truncated regular season. He batted .239 with 12 home runs and a .789 on-base-plus-slugging percentage, though he remained one of the game’s elite center fielders. In 18 playoff games, he hit .212 with four home runs, two triples, 13 runs batted in and a .770 OPS.

UCLA basketball might find out how good it is in game No. 1

LAFC faces Seattle Sounders in MLS Is Back knockout round