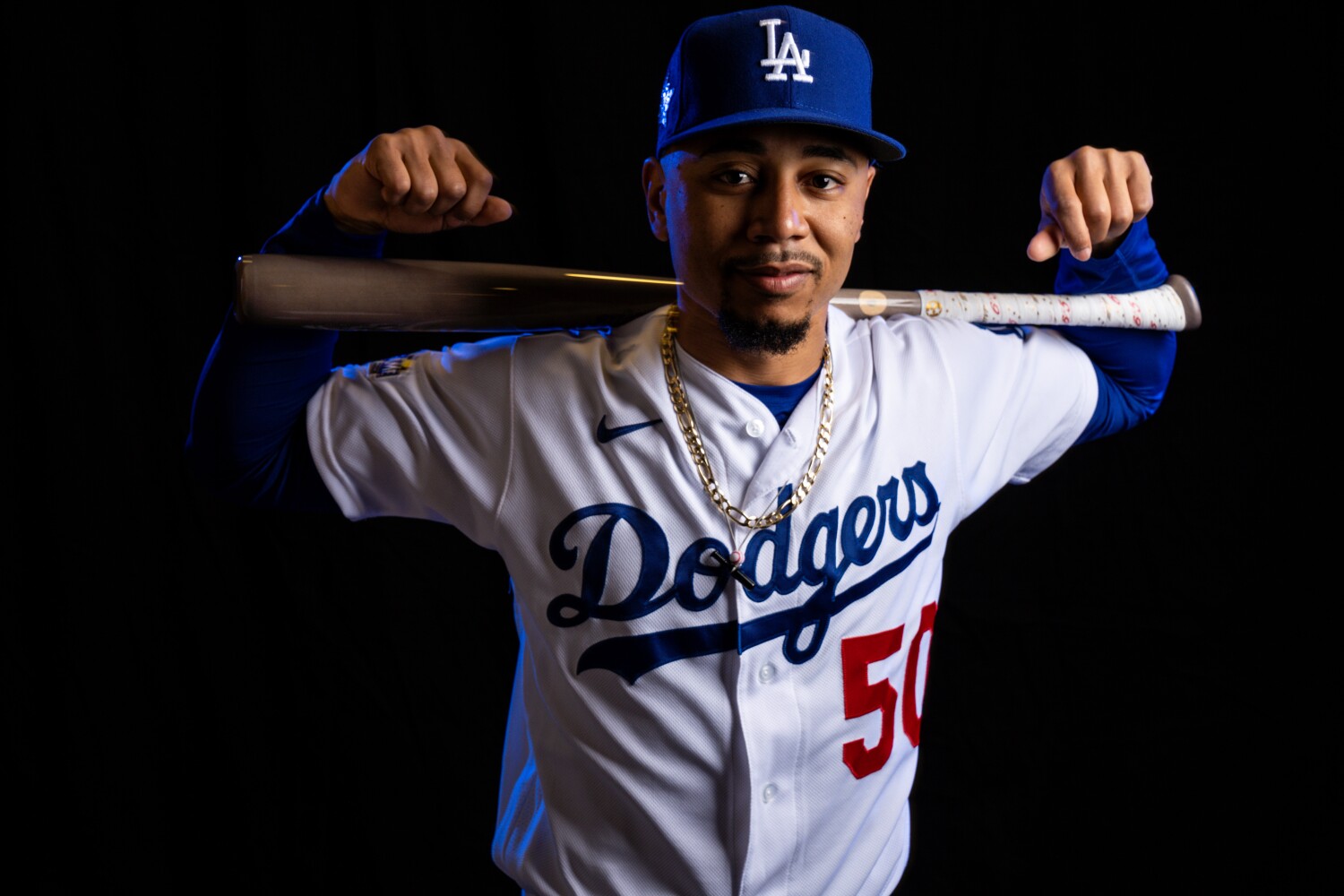 When the All-Star game finally arrives at Dodger Stadium in 2022, let’s just call it a home game.

That star-studded scenario presented itself Wednesday with news that the Dodgers and Betts were close to a contract extension that could make him the second-highest-paid player in the game, trailing only Trout. That news is worth dreaming on, a splash of jubilation amid a year of sorrow, for in 2022 the two L.A. teams could feature six of the 10 best players in the major leagues.

There have been four seasons of Betts in Los Angeles, even before the regular season actually gets started Thursday.

There was the season of joy in February, when the Dodgers acquired a dynamic Betts in his prime, in what for this team was an unprecedented expenditure of cash and prospects for the chance to win — not to win the division yet again, but to go all-in to win the World Series.

There was the season of frustration in March, when the coronavirus shut down the sport, and owners and players struck a deal that meant Betts could have left as a free agent this fall without playing a single game for the Dodgers.

There was the season of ambivalence in June, when owners and players struck another deal, this one for a 60-game season. Yes, Betts would play in L.A., but he could have ended up playing fewer games for the Dodgers than Garret Anderson.

And now there is the season of exultation, with Betts ready to commit to the Dodgers likely for the rest of his career.

The free-agent market this fall could be one of tremendous caution, particularly for teams hesitant about offering long-term deals at a time when long-term revenues are uncertain. With the acceleration of cord-cutting during the pandemic, can teams continue to rely on massive rights fees from cable and satellite television? When might fans be allowed to return to ballparks in small numbers, and when might they feel comfortable doing so in large numbers?

The Dodgers perennially lead the major leagues in attendance, and they boast the largest stadium. If teams are limited for some time to, say, 50% of capacity, that’s 28,000 fans per game at Dodger Stadium and 18,878 fans at Fenway Park in Boston. (Capacities are likely to vary, as determined by local and state public health officials.)

And, after years of managing their payroll brilliantly, the Dodgers can sign Betts without much of a payroll sweat. Andrew Friedman, in his sixth year running the Dodgers’ baseball operations, never has signed a player for even $100 million.

The time has come to tip our city’s cap to the Dodgers owners, who made a promise to fans when they bought the team in 2012. The owners said the team would spend to rebuild in the short term (the Adrian Gonzalez trade, the Zack Greinke signing), buying time to replenish the farm system, build a sustainable winner, and invest the savings in the right player.

With Betts, they have gone 4 for 4. And that, ladies and gentlemen and fans of all ages, is a lot harder than tanking.

Yeah, it took seven years to get SportsNet LA onto DirecTV and, yeah, the pricing at Dodger Stadium has been aggressive. But the Dodgers have delivered on two critical pledges: be good in the community, and be good on the field.

The transition from the Dodgers of Clayton Kershaw, Justin Turner and Kenley Jansen to the Dodgers of Betts, Bellinger and Buehler is just about complete. During the past seven years, never have the Dodgers asked fans to accept a down year, and never has another team won the National League West.

We’re still waiting on the parade (cough, cough, Astros). But this is a good day to appreciate the rest, and to smile just a little bit wider Thursday, when once again it will be time for Dodger baseball.

If NBA season restarts, young stars will shoot for playoffs