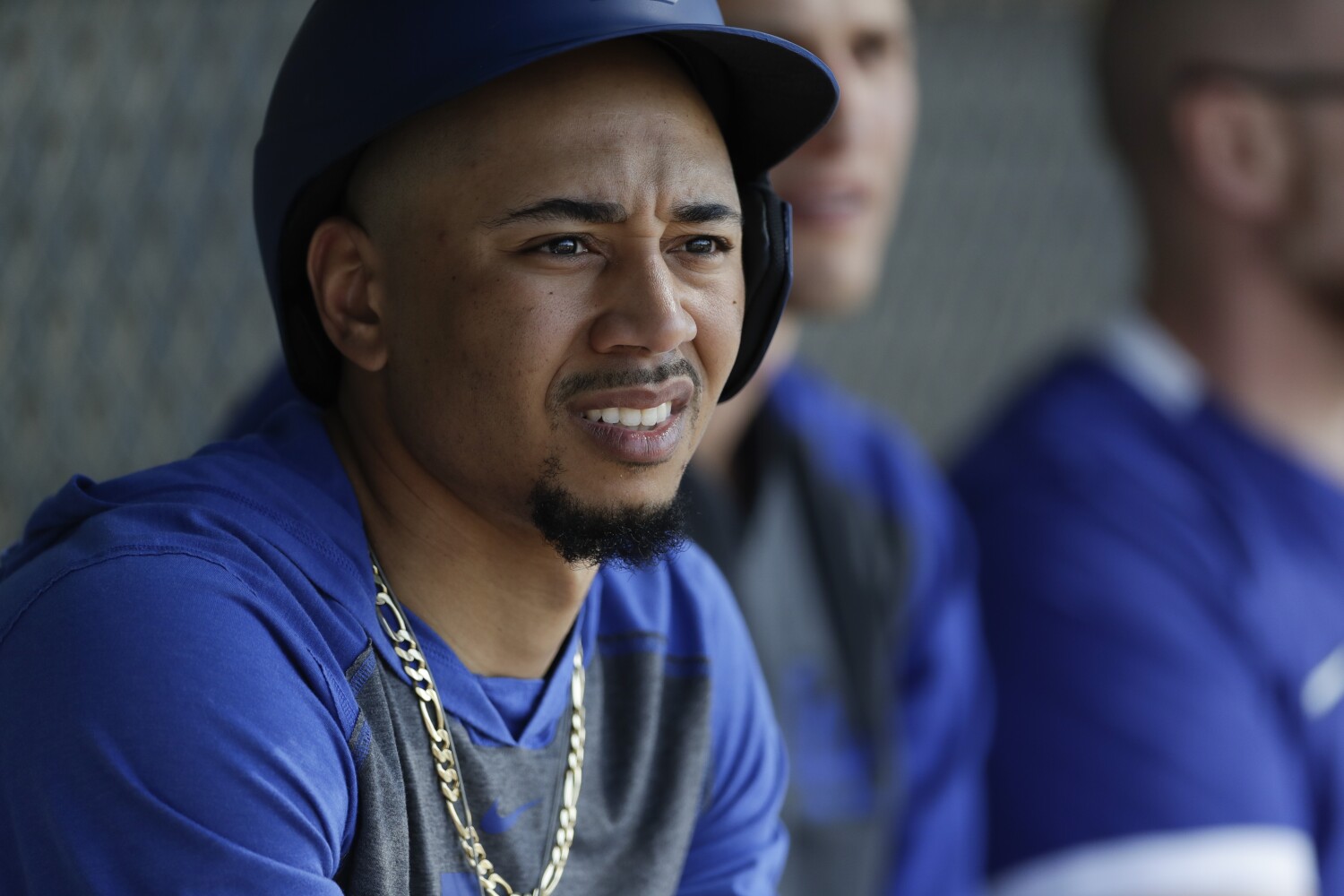 The Dodgers and Mookie Betts are nearing contract extension Wednesday that could keep Betts in Los Angeles for another decade, according to a person with knowledge of the situation.

Reports indicate that the deal could be for 10 years and upwards of $350 to $400 million, though it isn’t known if opt-outs and options, which could cut the contract short, would be included in the deal.

The development comes a day before the Dodgers open their 2020 season against the San Francisco Giants at Dodger Stadium. The pandemic-shortened 60-game season was in danger of never happening during the league’s shutdown and ensuing heated negotiations between owners and the union.

Not staging a season could have meant Betts never played a meaningful game for the Dodgers. Now it appears that not only will he play in Chavez Ravine in 2020, but for many years to come.

The club acquired Betts, a four-time All-Star and the 2018 American League MVP, and left-hander David Price from the Boston Red Sox in exchange for outfielder Alex Verdugo and two prospects days before players reported for spring training in February.

Betts, 27, arrived as a potential one-year rental with free agency looming in the winter after turning down a $300 million extension offer from the Red Sox. The decision carried risk but Betts was the elite player the Dodgers sought for their October push to end a 32-year championship drought. They were confident they could convince Betts to stay in Los Angeles.

Betts made a lasting first impression in spring training. He arrived every day at 5 a.m. for workouts. One morning, a few days after reporting, he delivered a speech in front of his new team to stress urgency. His teammates emerged in awe of his work ethic and determination. They instantly viewed him as a leader.

Weeks later, it looked like the organization wouldn’t have much of a chance to persuade him to stay. Four months later, on the eve of opening day, it appears the Dodgers have pulled it off.

The contract would be the richest Dodgers president of baseball operations Andrew Friedman has given a player. The Dodgers have re-signed players to substantial contacts since Friedman took over in November 2014, but none reached the $100 million threshold. Betts would smash that ceiling even as the possibility of a depressed free-agent market following a shortened season without fans in the stands loomed.

Friedman has positioned the organization for this expenditure with careful planning. The Dodgers don’t have any guaranteed money on their payroll after the 2022 season. The flexibility prompted them to get more aggressive over the winter.

The organization pursued starting pitcher Gerrit Cole, the prized free agent over the winter, and offered him an eight-year, $300 million contract with deferrals. Cole decided to sign a record-breaking nine-year contract worth $324 million with the New York Yankees.

The Dodgers then set their sights on acquiring a superstar on the trade market. They were focused on Betts by the end of January. A three-team trade including the Minnesota Twins was agreed upon the first week of February, but the Twins backed off, forcing the Dodgers and Red Sox to restructure a direct transaction.

The Dodgers then worked a side deal with the Twins, sending pitcher Kenta Maeda, catching prospect Jair Camargo and cash to Minnesota for touted reliever Brusdar Graterol and minor league outfielder Luke Raley.

Graterol is expected to make the Dodgers’ opening day roster. Price decided not to play this season, but Betts will lead off and play right field at Dodger Stadium on Thursday and, in all likelihood, for years to come.

A look inside the NBA bubble

Clippers broadcasts to restart with scrimmage on Wednesday