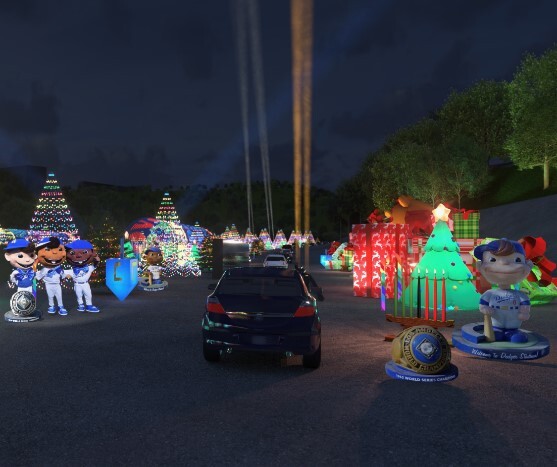 The Dodgers already gave their fans an early Christmas gift last month when they won their first World Series championship in more than three decades.

But the team has more giving to do this holiday season.

From Nov. 27-Dec. 24, the Dodgers will stage a drive-through holiday festival in Lots 10 and 11 at Dodger Stadium from 5-11 p.m. most nights. The event will include a light show, LED video displays, multiple interactive experiences celebrating the team’s world championship and “Dodger Elves,” according to a news release from the team.

Fans must remain in their cars and wear face masks if their windows are rolled down.

Tickets are for specific dates and times and must be purchased in advance. They range in price from $55-$115 per car, depending on when fans choose to visit, and go on sale at 10 a.m. Tuesday at Dodgers.com/HolidayFestival.