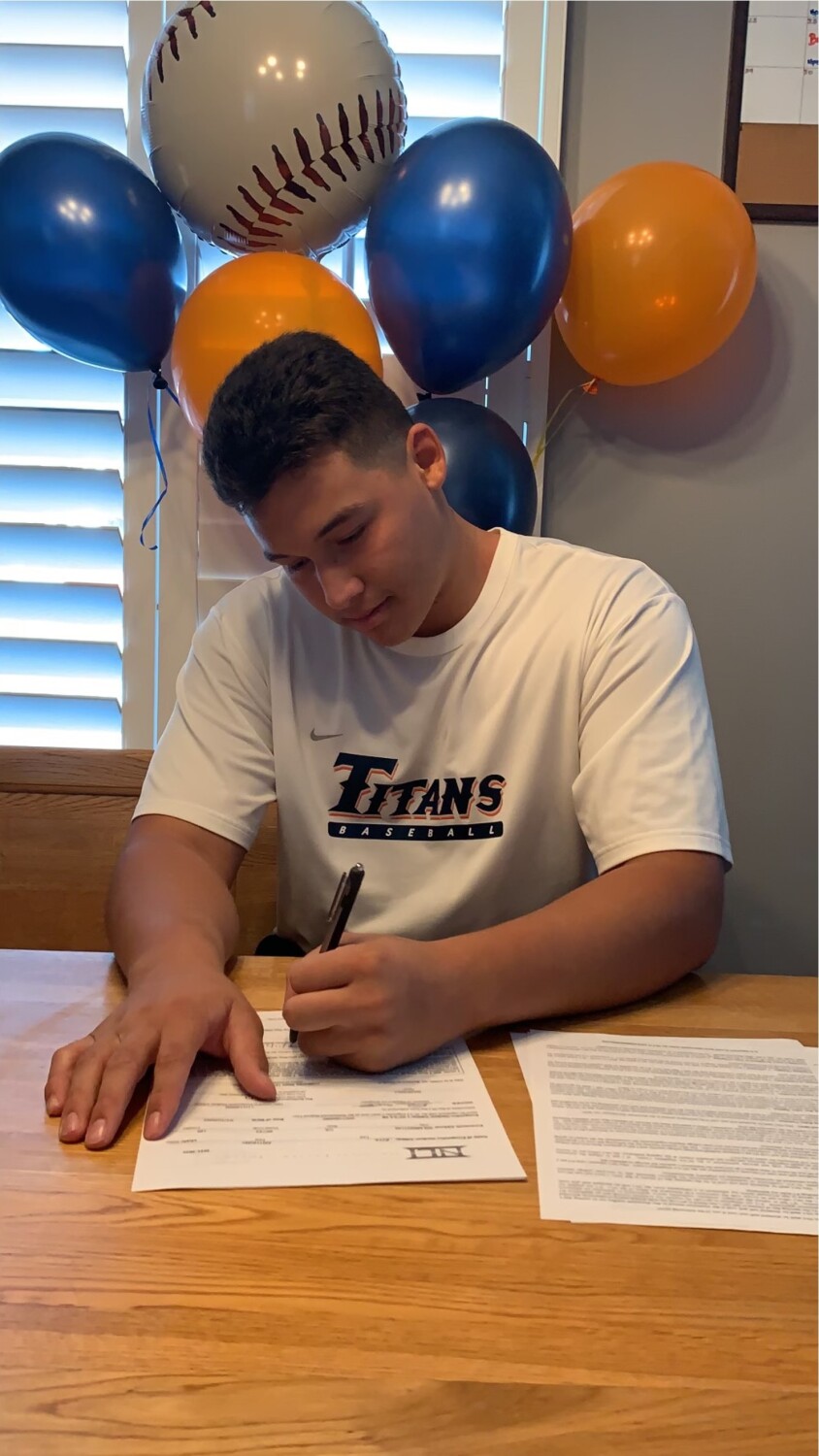 “I’m really excited to become a Titan,” he said. “There was times it was challenging, but it was my mom and dad who supported me. It was always pushing forward. I broke through a lot of walls to get to college. I have to keep my grades up and make sure I’m on the field doing well.”

Sometimes there are people who like to put down City Section athletes, saying they don’t get recruited, but Joya said it’s all about the individual.

“It’s all on you,” said the senior left-hander who had 131 strikeouts in 72 2/3 innings as a sophomore. “It’s what your heart desires. I had my dream since I was a little kid. It’s incredible how much I’ve grown. There were times we lost games. There were times I had good games. Baseball is a game, but it teaches you about life. There’s always going to be ups and downs.”

In basketball, Chaminade’s senior guard duo of Keith Higgins Jr. and Kenneth Simpson Jr. signed with Lehigh and Arizona, respectively. They’ve been best friends since middle school and have pushed each other since they arrived at the West Hills campus as freshmen.

Paige Sommers of Westlake, the No. 1 girls’ pole vaulter in the nation, signed with Duke.

A look around the Southland via social media:

Big congrats to Robbie Ayers and his family on his signing with Loyola Marymount University! Team Captain joins a long list of talented Musketeer catchers that have come through the program. Not just an amazing talent, a great teammate! #A41 @latsondheimer pic.twitter.com/8VyCFBPZnx

“I chose the University of Arizona because of the winning tradition, the amazing coaching staff and the beautiful campus. I’m so excited to represent the Block A and learn from the best of the best the next four years! Go Cats!” pic.twitter.com/MjvTlKfNuf