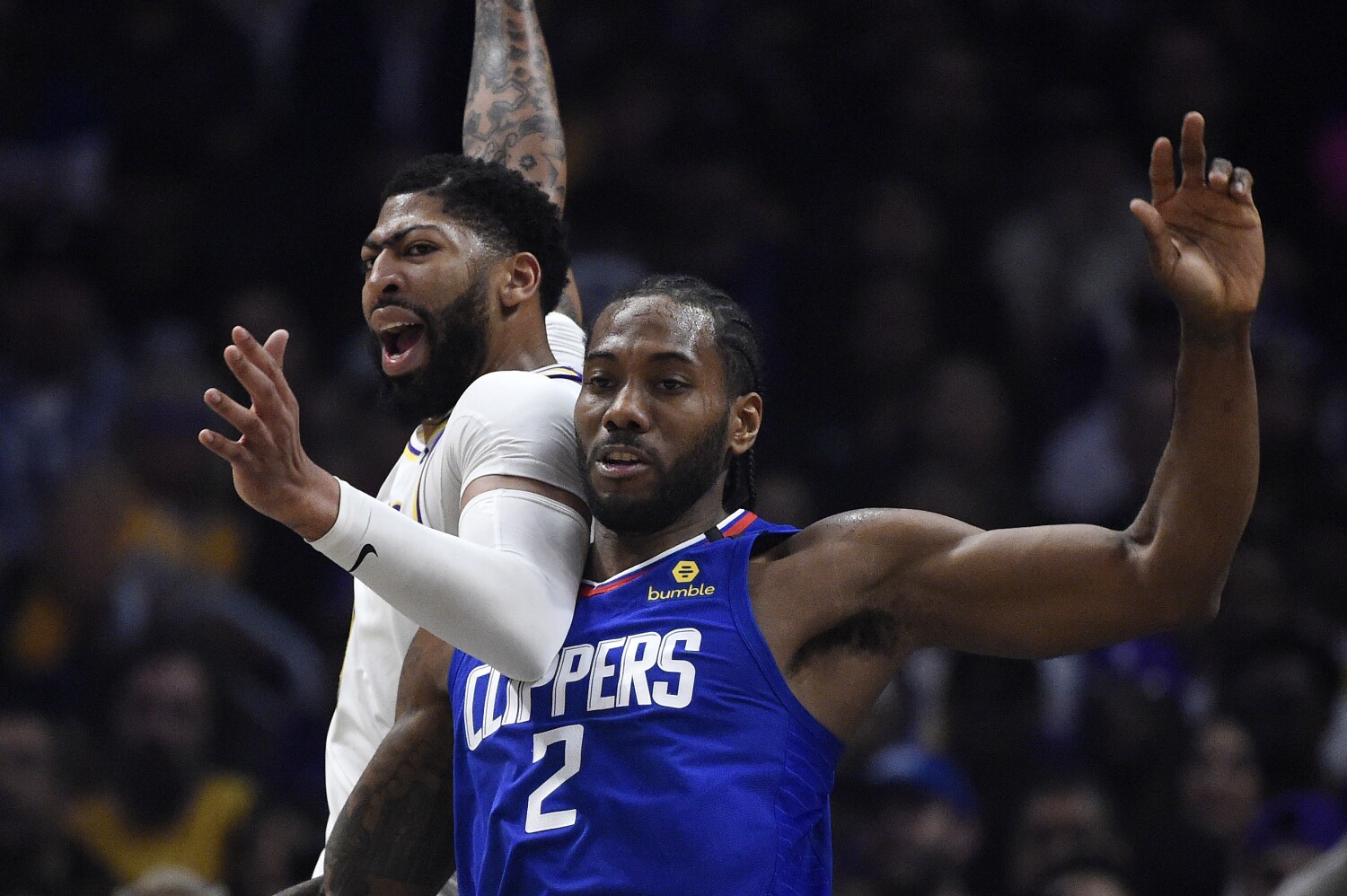 No commercials. No filler. No wasted time.

The NBA offseason will be a blur, months of rumors and speculations, secret visits and player wish lists all squeezed into a matter of weeks before the league embarks on an eventful 2020-21 season, the details of which were approved by the owners Tuesday.

By the time training camps open Dec. 1, we should know how the league’s biggest questions will be answered, starting in the place where the NBA season left off — with the champion Lakers.

The champagne was still wet and the stogie stench strong when Anthony Davis had to answer questions about his plans this offseason. Owner of a player option, he could enter free agency and be the most sought-after player in the NBA.

“I have no idea,” Davis said after Game 6 of the NBA Finals when asked about his plans. “I don’t know. … I had a great time in L.A. this first year. This has been nothing but joy, nothing but amazement. Over the next couple of months, we’ll figure it out. I mean, I’m not 100% sure …”

No one around the NBA expects Davis to end up anywhere but in a Lakers uniform next season, the pains that Davis and agent Rich Paul went through to push the star big man from New Orleans to Los Angeles proving worth it with an NBA championship.

The question at this point is more about mechanics.

Does Davis want a short-term deal so he can re-enter free agency and cash in on an even bigger contract? Will he accept the most the Lakers can offer, a five-year contract locking him up throughout his prime?

The Lakers will have to make decisions about whether they can afford to bring back Kentavious Caldwell-Pope, Rajon Rondo, Markieff Morris and Dwight Howard. There’s also a possible extension for Kyle Kuzma to be discussed.

The Davis situation is more drama-free. Should he sign with the Lakers sometime after free agency opens Nov. 20, there won’t be much suspense. The specifics of the agreement, though, would be telling about Davis’ next step.

Can the Clippers fill their leadership void?

The Clippers’ approach to the offseason is being viewed two ways around the NBA.

Was what happened in Florida, where the Clippers were seen as talented enough but not mentally tough enough, an anomaly because of the situation, because the Clippers operated as a team that never fully committed to being in the bubble like the Lakers and Miami Heat did?

Or were the Clippers fatally flawed, a team that had the necessary superstars to win but didn’t have the right on-court leadership to overcome the kind of adversity it faced?

While a coaching change and new blood on the bench are designed to help the team maximize the talent on the roster, there are plenty of people who believe the Clippers need to go outside for help in the form of a point guard capable of being a vocal leader.

Kyle Lowry (defensive-minded, tough and skilled) would be ideal, but a deal for a top-tier point guard seems unlikely thanks to the Clippers being short of draft picks after trading for Paul George.

What’s going on in the draft?

With the NBA draft a week away, rumors are flying around the league about the teams in the top three slots.

Does Charlotte truly covet 7-foot-1 center James Wiseman so badly that it’s willing to deal its way up into the No. 1 spot in the draft? Does a team view LaMelo Ball as the closest thing to a superstar and worth taking No. 1? Will Anthony Edwards’ physical gifts make him the safe choice?

Scouts believe all of those possibilities are on the table, with the Wiseman rumors picking up a lot of traction. There seems to be a window for a team to move up and pick in the top three, maybe even first, if there’s a player it desperately wants.

Top picks have been dealt before (Markelle Fultz and Andrew Wiggins in recent years), so it’s not uncharted territory.

Speaking of trades, some league executives view player swaps as the primary way teams will try to improve this offseason, thanks in part to a less-than-stellar free agency class.

Fred VanVleet and Danilo Gallinari are at the top of the class, with players such as Davis and Brandon Ingram viewed as locks to re-sign with their teams.

If teams want to go star hunting, they’ll likely have to put in calls on players such as Jrue Holiday, Chris Paul, Russell Westbrook and LaMarcus Aldridge.

Trade season should officially open in the days before the draft, and there’s no doubt that phones are going to be really active.

How is this going to work?

Not to be lost in the discussions of trades, free agency, contract extensions and player options is the biggest obstacle the NBA still has to face.

There will be no bubble shielding the league from the impacts of the coronavirus, and the NBA cannot be sure how the league will handle challenges in the face of this continuing pandemic.

The league and the players still need to announce protocols they plan to follow, with schedule-makers scrambling to try to leave space for makeup dates.

As much as anything else on this list, the league’s response to COVID-19 and its ability to function with it as an ongoing factor will dictate how next season goes.