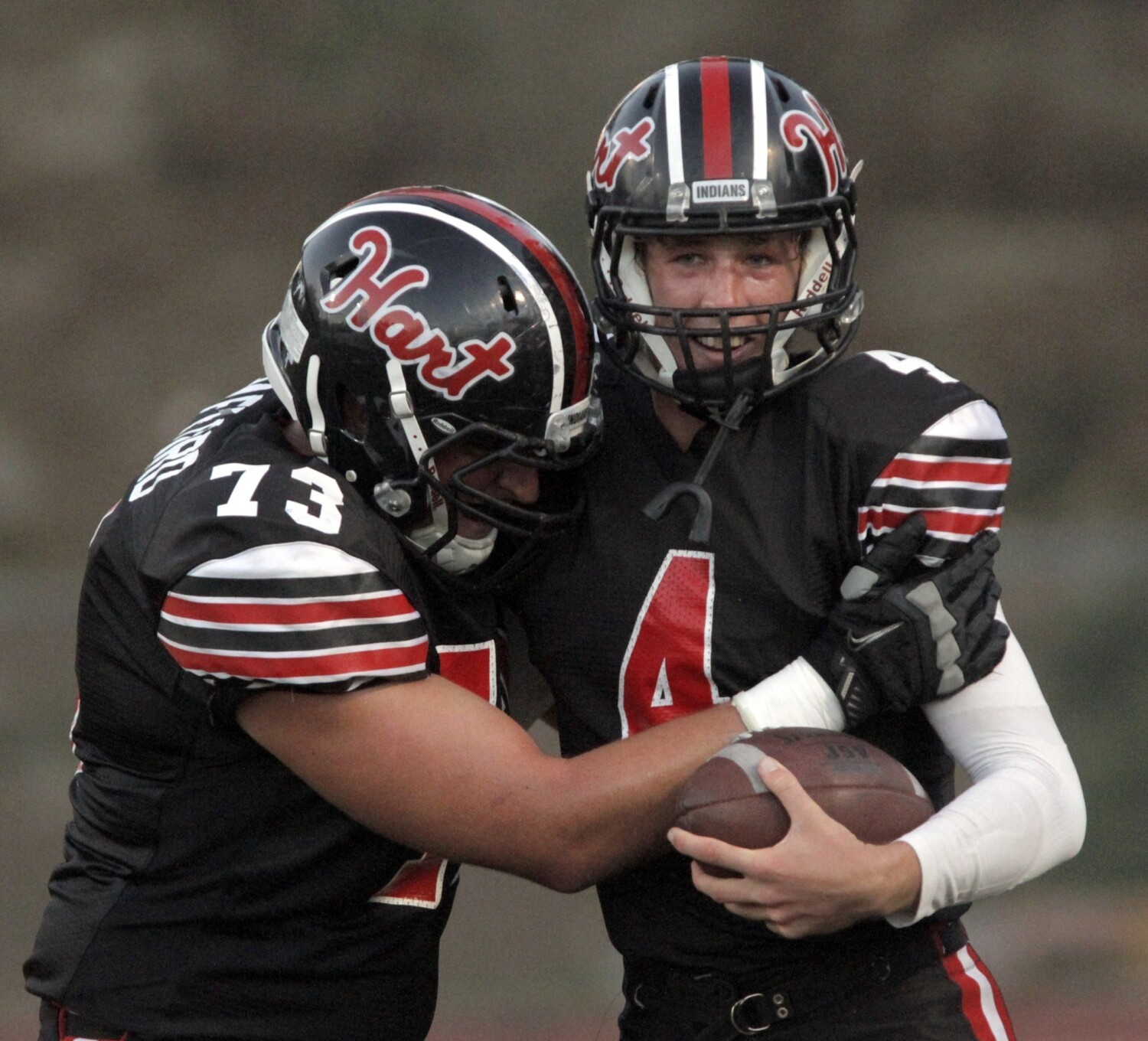 The six-team Foothill League, made up of schools from William S. Hart Union High School District, were told on Thursday to cancel all nonleague football games because of the COVID-19 surge and informed that if Los Angeles County doesn’t come out of the purple tier by Jan. 11, then league games also would be jeopardized.

District spokesman Dave Caldwell confirmed the information on Friday, saying in an email: “It’s based on the fact that L.A. County is in the purple tier and the county would have to be in the red tier for at least four consecutive weeks before we can move to the next level of student participation.”

Practices were scheduled to begin on Dec. 14 and games to start on Jan. 8.

Players from Hart, Valencia, Canyon, Saugus, Golden Valley and West Ranch are allowed to condition with their coaches.

The decision by the Hart District could be one others in L.A. County make in the coming weeks. The state has not released updated youth sports guidance since Aug. 3, leaving sports teams in limbo.

The City Section is expected to make changes in its schedule next month. Teams were supposed to begin on Dec. 14 but that is unlikely under the current purple tier county guideline. The Board of Managers will likely get rid of its start day and leave it up to schools, charters and the Los Angeles Unified School District when to begin practices.

MLB to lay groundwork for in-game gambling in 2020 season

Athletes and coaches look to make most of new CIF seasons