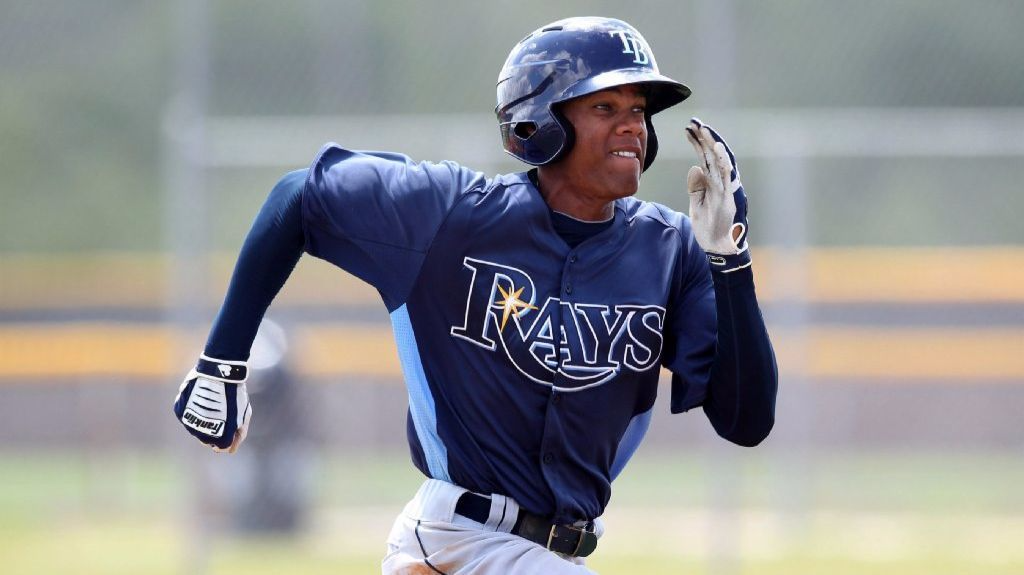 Former Tampa Bay Rays prospect Brandon Martin avoided the death penalty Thursday as a Riverside County Superior Court jury returned a verdict of life in prison without parole after he was convicted of murdering three people with a baseball bat.

The same jury that found Martin guilty of first-degree murder in the September 2015 killings of his father, Michael Martin, uncle Ricky Andersen and alarm installer Barry Swanson had to choose between the death penalty, sought by the prosecution, or life in prison without parole. The group deliberated for almost two days.

Martin, who has been held without bail since being arrested shortly after the murders, is scheduled to be sentenced by Judge Bernard J. Schwartz on Jan. 29.

The verdict followed four days of often-emotional testimony during the penalty phase of the trial.

Defense attorneys argued Martin had been diagnosed with paranoid schizophrenia in January 2013 and remains untreated.

“Look at Brandon,” Edward Welbourn, one of those attorneys, said during a live stream of the closing statements. “He has no affect. He has shown no reaction to any witness. … He’s no longer the same person.”

Kevin Beecham, one of the prosecutors, blamed Martin, not mental illness.

“You have to remember these are the choices Brandon made,” Beecham said during his closing statement. “He chose to sign a $860,000 contract, to rent a mansion, to do drugs, to party incessantly, to refuse to listen to his family.”

The Rays selected Martin from Corona Santiago High with the 38th overall pick in the June 2011 draft and gave him the signing bonus of almost a million dollars.

Martin’s brother, Sean, testified that his brother’s behavior grew worrisome in following years. It started with being defensive about not working out at his rented mansion in Yorba Linda, then spiraled into Martin laughing for no reason, showing “extreme paranoia,” hallucinating and believing relatives who weren’t present, even dead ones, were speaking to him.

“It was a ticking time bomb,” Sean Martin said.

Martin’s behavior became violent, including punching his wheelchair-bound father in the face, choking his mother and brandishing scissors at her.

“You didn’t know what was going to happen,” his mother, Melody, testified. “We locked our doors. We would hear him yelling. We heard him arguing. But nobody was there. The next day we’d see punches in the walls in his bedroom.”

The mother recalled her son appearing next to her bed late one night as the behavior became more concerning.

“He was scared,” Melody Martin said. “He didn’t know what was wrong, but he knew something was wrong. … I just held him in my arms and told him it was going to be OK.”

Prosecutors portrayed Brandon Martin’s behavior as fueled by drug use. That included a former roommate of Martin, who believes his friend suffers from serious mental health problems, testifying they smoked marijuana together in addition to doing cocaine.

Dr. Alan Abrams, a psychiatrist who reviewed Martin’s medical history for the defense, testified that Martin regularly used marijuana, but did so only on a couple of occasions with cocaine, LSD and mushrooms. The doctor said Martin has “very severe case of schizophrenia” and that he doubts drug use “played much of a role in Mr. Martin’s illness severity or the crime.”

Abrams tried to visit Martin in jail on three occasions, but was rebuffed by his would-be client each time. Going off records he reviewed, Abrams said Martin hasn’t been medicated since 2016, his cell is “filthy” with “food and feces” scattered around, he sleeps on the floor and “tells people to go away” if they attempt to interact.

Dr. Robert Solomon, a psychologist who met with Martin three times in person in the weeks before the killings, testified that he never saw signs of paranoid schizophrenia or similar conditions.

Martin, released by the Rays in early 2015, was placed on a mental health hold in Riverside two days before the murders. His family was having a security system installed on the day of the murders to protect them.

Testimony in the penalty phase included several relatives of Andersen and Swanson tearfully describing the void left by their murders.

Melody Martin, who took the stand Tuesday as the final witness, pleaded for her son’s life.

“I do not want to lose another member of my family,” she said. “It would be a dagger in my heart.”