Wayner Riley congratulates Dustin Johnson on his victory, but also reveals his pick for the 2021 event

Even if it was wet and the greens were receptive, being able to shoot 20-under to win your first Masters is something else.

Dustin Johnson has become such an all-round strong player and that was demonstrated by his five-shot win; he’s got the length, he’s a great wedge player and he’s got the finesse that you need around there. 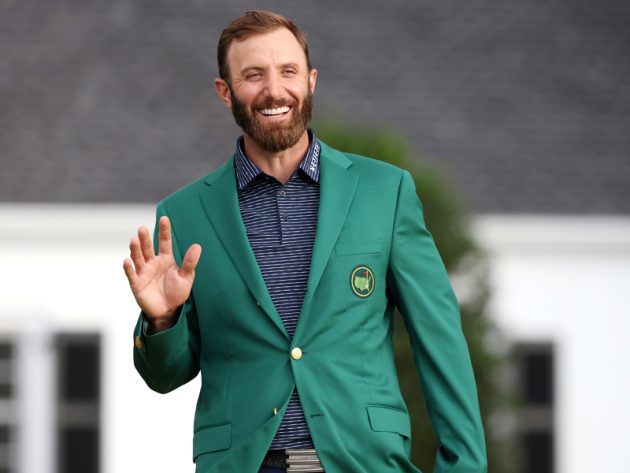 There was a short time when you thought Cameron Smith or Sungjae Im might pull him back but they couldn’t quite keep going forward and DJ simply upped the ante, in truth he was in control of the tournament from quite early on in the third round. Both Smith and Im were sensational and Im definitely looks like another Asian Major winner.

Ever since Johnson’s flattened his wedges out, like Rory McIlroy should do, he’s been the best golfer in the world and he has been for a while now. I think his brother Austin reading his putts is underplayed and he doesn’t get enough credit for his role in things and he always seems to come up with the goods.

This could really open the floodgates for him now, his goal will now be to win all of the Majors and we’re at Royal St George’s in July and he’ll have good memories of there after 2011. I would say that the Open might be the one that eludes him in the end but I hope I’m wrong.

McIlroy has that Grand Slam pressure every time we arrive at Augusta and it must be so hard. He has this habit of posting a top-5 finish after a poor start and that says to you that there’s a bit of doubt there but he would still be my choice for April as I think, overall, it’s a great week for him.

It’s another major year, kind of, when he hasn’t added to his four wins but I think this will put a spring in his step for 2021. Let’s hope so.

Likewise Jon Rahm and Justin Thomas who got themselves in good positions but then had disappointing weekends. For Rahm it was his third straight top 10 at the Masters and Thomas has got better with every visit, both have the game to win here and they’ve only got six months for the next one so that’s a positive.

Overall I can’t wait to see it back in its April slot and to see the fairways with a bit more spring in them, but full credit to everyone for getting it over the line and to Dustin for a job well done.

Plans Scrapped For Non Members To Get Handicaps