It was good. It was really good – but what did the first November Masters lack? A few thoughts…

Finally we got our 84th Masters. And it was good, really good. Sure, Dustin Johnson could have made it a bit more exciting for the neutrals by dumping a ball or two in Rae’s Creek, but he never really looked like coming unstuck.

This year’s tournament provided another enthralling four days, with its usual number of fascinating stories and subplots – but how did we rate the first November Masters?

We offer a few thoughts with the 5 best and 5 worst things about The Masters 2020.

The 5 Best Things About The Masters 2020

We got a big-time champion

We all have a mental checklist of who we’d like to see win the Masters and therefore get to see come back year after year. Given their records at Augusta Greg Norman and Ernie Els always are always sadly conspicuous by their absence and it’s always good to tick off the big names.

Dustin Johnson is now halfway to a career Grand Slam and is no longer in the one-major club which was a ridiculous place for him to be given his skills. Now we can joke about his Champions Dinner in April – sandwiches all round – but he’s part of the Augusta furniture forever more and, when he’s old and grey, he’ll still be strutting into the dinner on the Tuesday night. 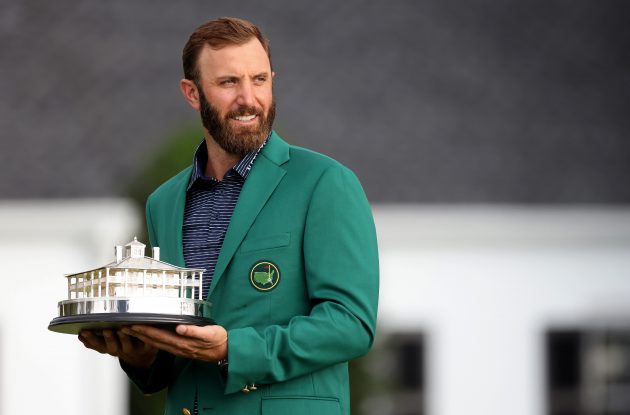 The par 5s are always going to rank as the easiest holes – they were ranked 2nd (18), 8th (15), 13th (16) and 15th (17) – but they weren’t the pushovers that we were led to believe when listening to Bryson DeChambeau’s yardages in practice. One of the abiding memories of 13 was the American getting into all sorts of bother behind the green on Thursday when a 7-iron from the pine straw didn’t behave itself. We hear so much about a new tee there but, for this week at least, it stood up to the modern game.

Likewise the 15th as the water behind the green played as much a part of things, helped by some new-found rough skirting the fairway, as its more-famous sibling at the front of the green. 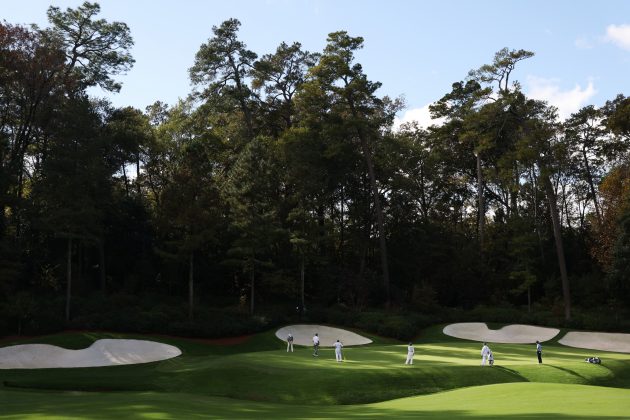 Back in the day we used to watch the very odd shot on the front nine before tucking into the back nine. These days we can watch every shot going. We had this in 2019 and it was a stunning addition to our viewing habits and it continued to be our faithful ally throughout four long days. There’s a lot of money behind the Masters but even still this is a fantastic addition to any major and, this year, we also had drone footage to give us an idea of the scale and routing of the place.

Even the most dedicated Masters aficionado should have learnt something about Augusta this year. 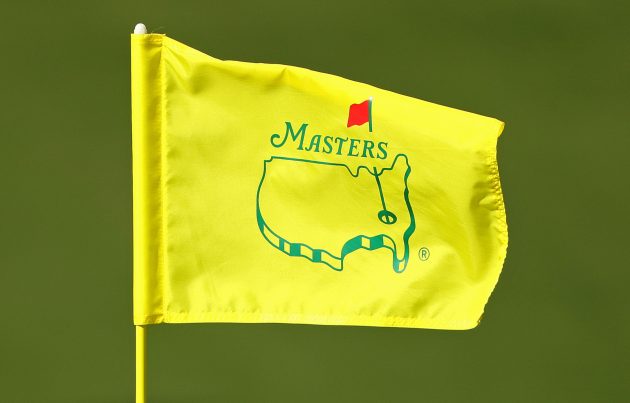 The app and website meant we saw more action than ever. (Photo by Patrick Smith/Getty Images)

International golf is in a great place

Early in the week Cameron Smith was confused with one of the amateurs, come the end of it he made Masters history by becoming the first player to shoot in the 60s for all four rounds. There’s always a bit of snobbishness towards non-American players which isn’t helped by the biennial defeat to the Americans in the Presidents Cup.

Then you get to watch Smith and Sungjae Im, both tied second, play for four days on the grandest stage and opinions quickly change. You might have won on the PGA Tour but this is the Masters and now we’ll take you seriously. It was also a cracking week for Dylan Frittelli, CT Pan and Abraham Ancer. 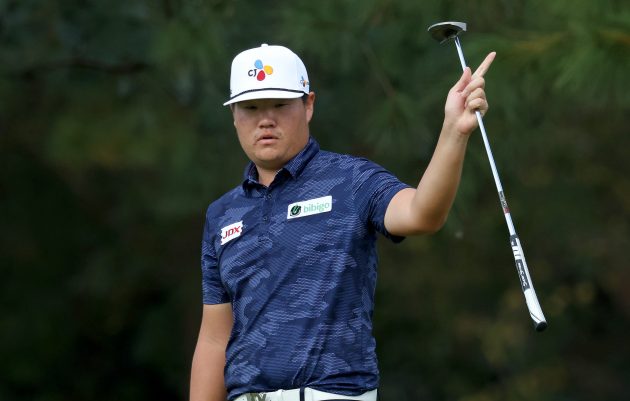 The man is a phenomenon. People talk about bodies breaking down in their 40s but the German is now 63. This was a slog of a course and a week hampered by the weather and he emerged from it with a three-under total.

In his first round he hit a wooden club 23 times and was still round in 68. In round three he had to watch Rory McIlroy thump it 80 past him, on Sunday he had Bryson DeChambeau for company – he outscored him 71-73.

This was an education in grit and course management and, for someone who has had countless battles with the yips, he finished the week in T5 for putting. 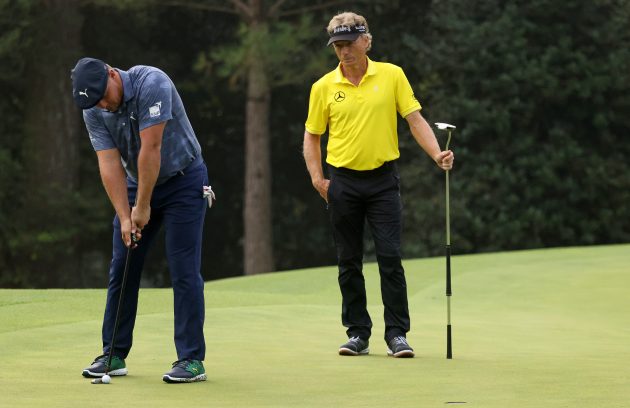 Bryson DeChambeau was one of several players to be taught a lesson by Bernhard Langer this year. (Photo by Rob Carr/Getty Images)

The 5 Worst Things About The Masters 2020

It required a huge effort to get the job done in four days, and Augusta National deserves huge credit for that.

When you have quick turnarounds and two-tee starts, however, a lot of the build-up and anticipation is lost. 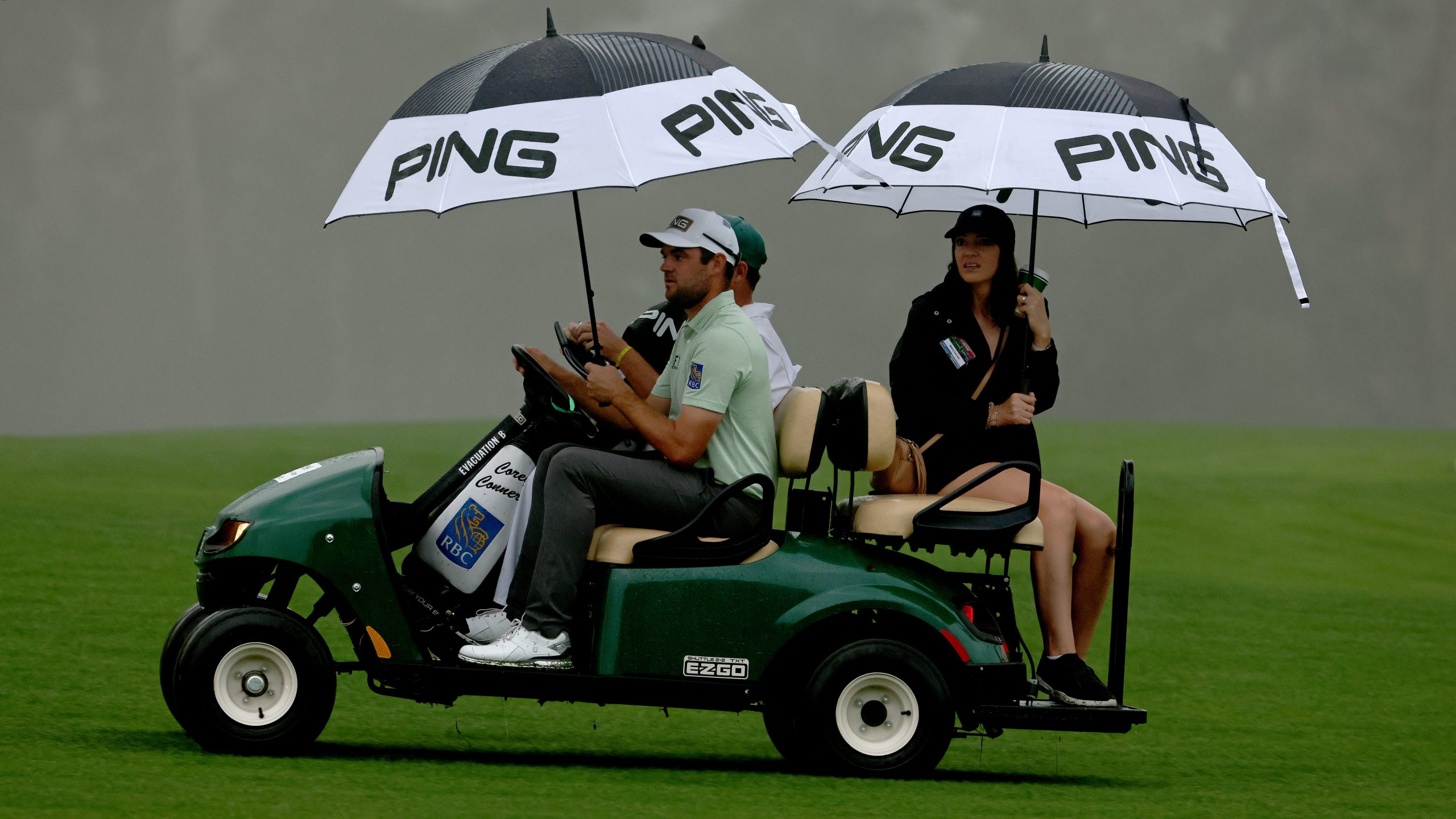 Yes, yes, play the ball as it lies and all that, but the pre tournament rain rather made getting a mud ball a bit of a lottery at times.

We were never likely to see lift, clean and place at Augusta National, were we, but would it have been so bad? 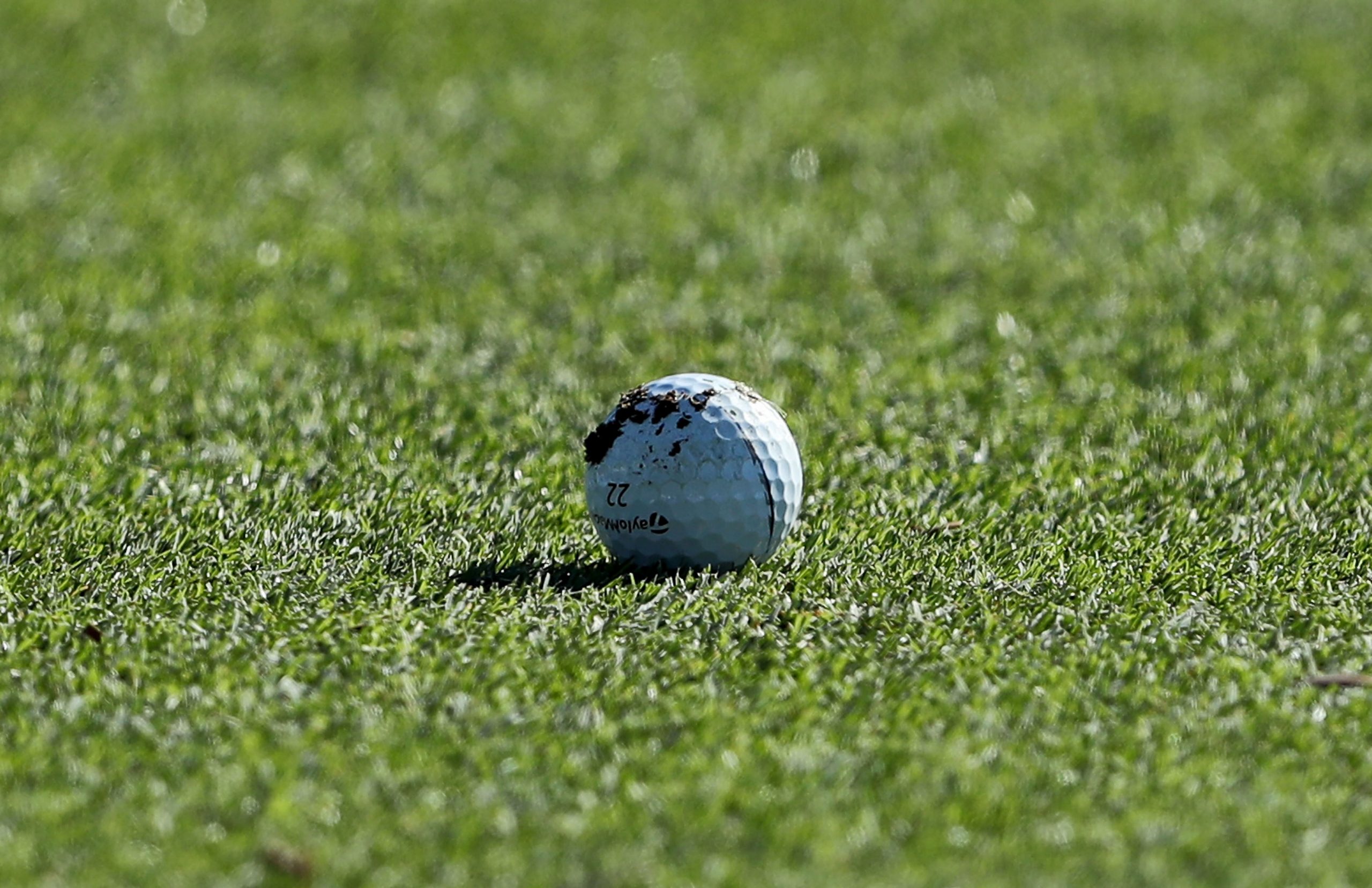 As annoying as they are with their little chairs and happy faces, how this year’s Masters missed those famous roars that reverberate around the pines and help make it such a special tournament. 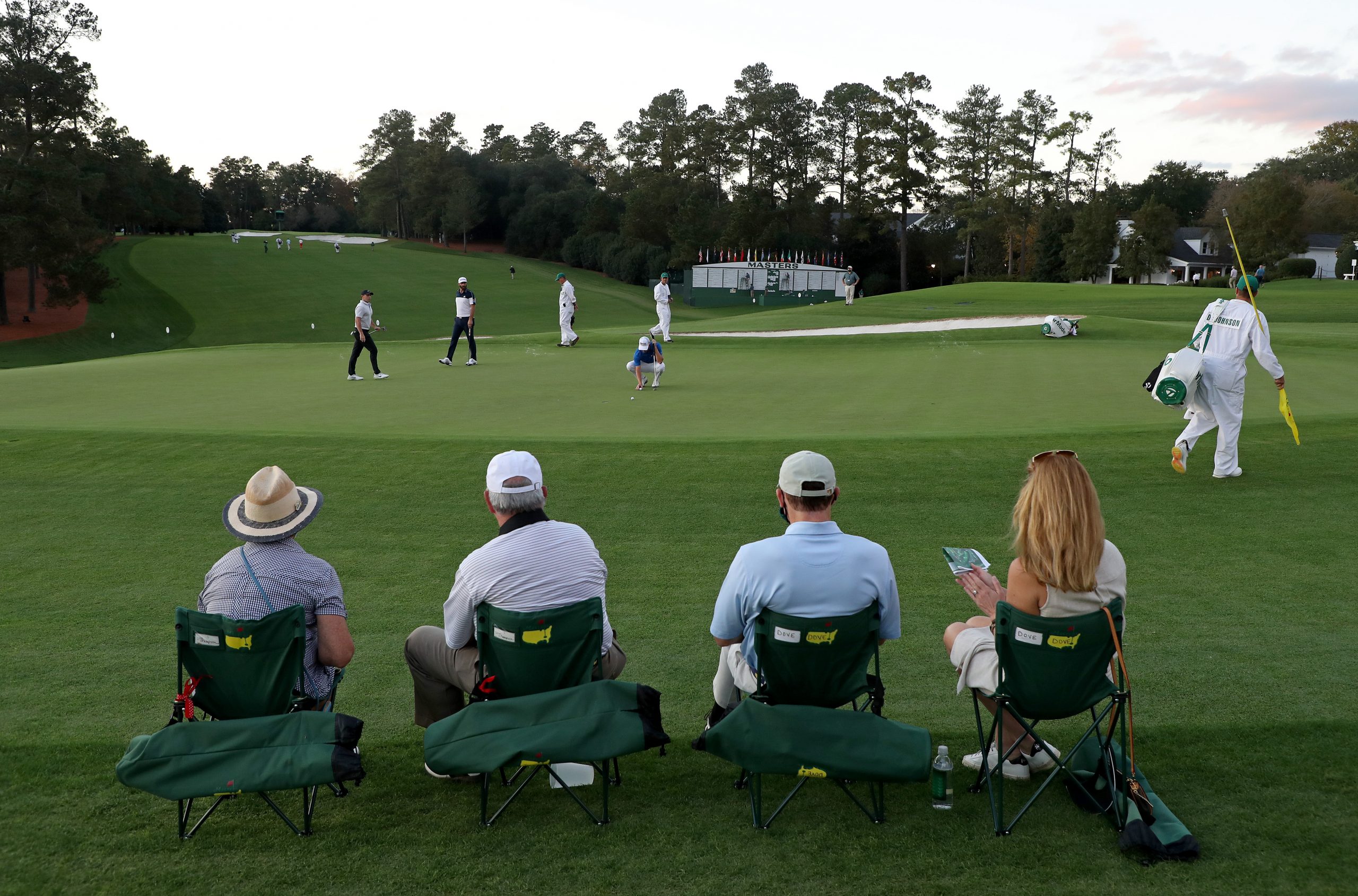 The foliage, sadly, just wasn’t as beautiful in November.

Augusta still looked glorious, it does even when there’s snow on the course. However, roll on April when all the brilliant colours will return. 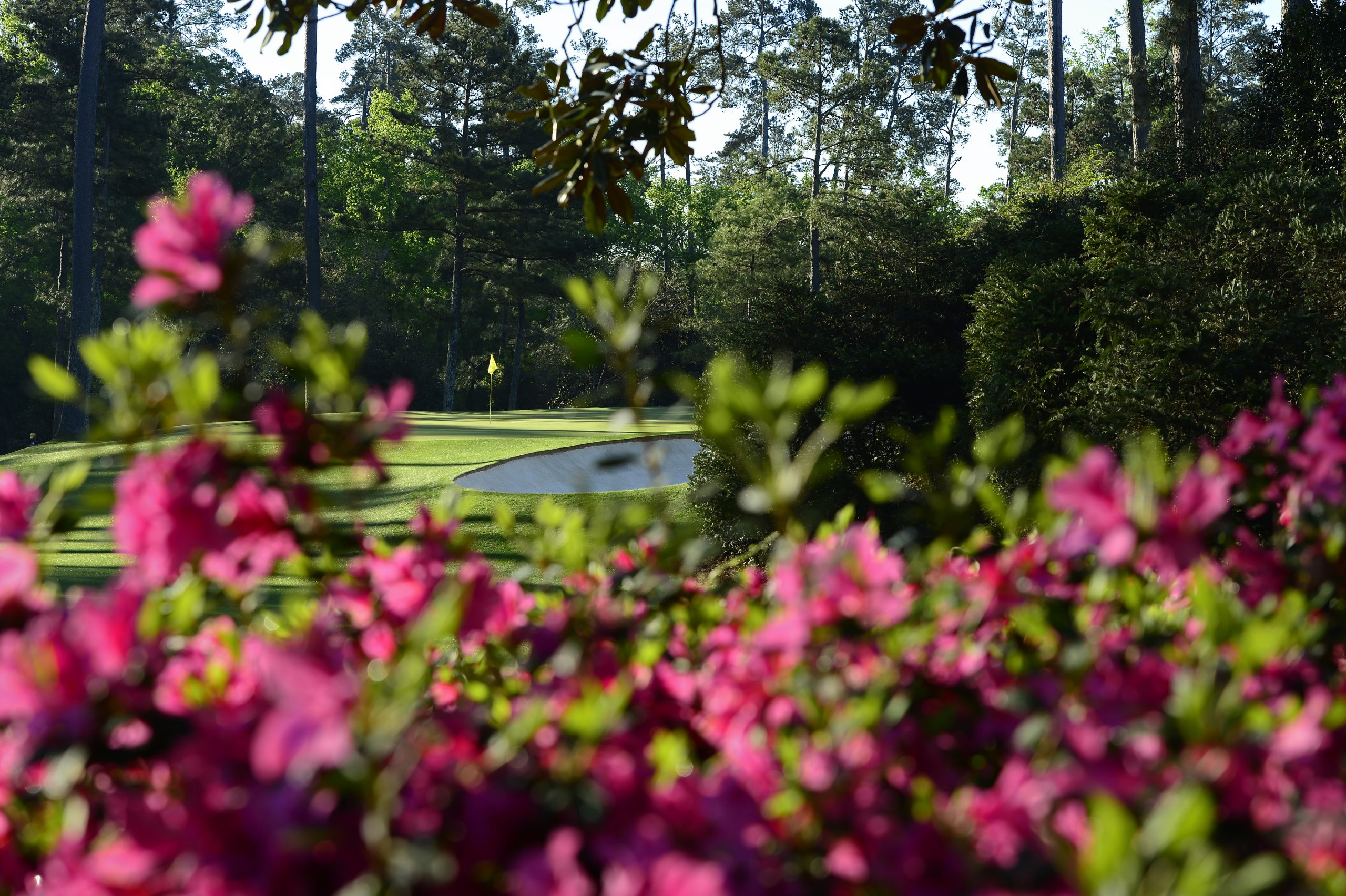 The 2020 Masters won’t be remembered as a classic. Dustin Johnson spoilt things – at least for the neutrals.

It’s a compliment, of course, for he was excellent. 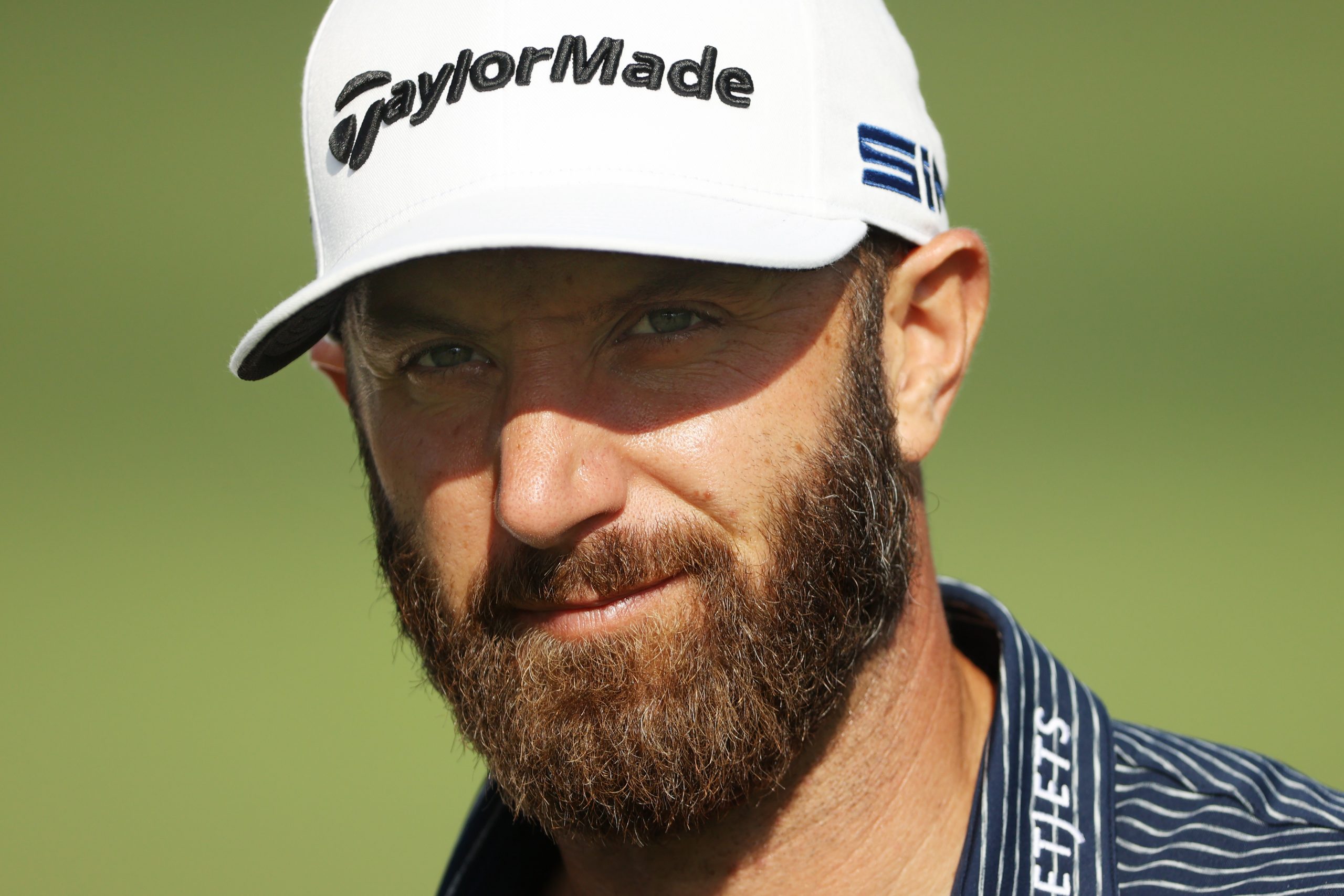