We take a look at who currently caddies the bag of the American professional golfer. 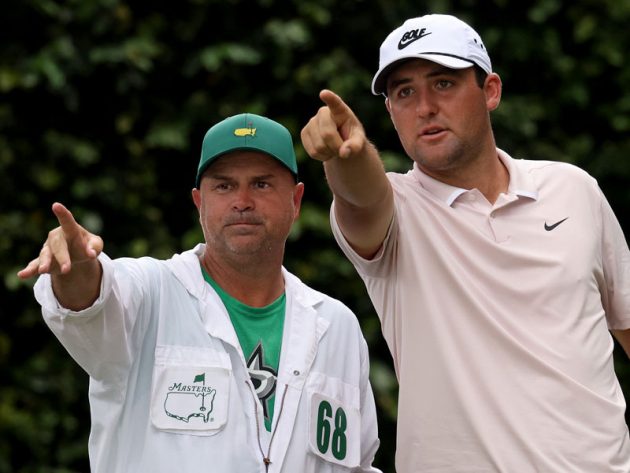 Who Is Scottie Scheffler’s Caddie?

Scottie Scheffler is undoubtedly one of the rising stars in the game of golf but who is currently lucky enough to be part of his team in the caddie department? Let’s take a look.

Who Is Scottie Scheffler’s Caddie?

Scheffler’s caddie right now is Scotty McGuinness who has been a caddie since 2005 and has been a bagman for a rather long list of players, including Conrad Shindler, Jason Gore, Matt Jones, John Mallinger, John Daly, Chez Reavie, Nick Flanagan, Steve Bowditch, Kyle Thompson, Cam Percy, John Huh and Billy Hurley.

We believe he and Scheffler first started working together in 2019 on the Korn Ferry Tour, a season in which Scheffler would win player of the year honours and earn his first PGA Tour card.

McGuinness is from Manly, Australia so it comes as no surprise that his favourite golfer growing up was Greg Norman and his favourite city to visit is Sydney.

Interestingly his favourite course to visit is not in Australia though, no instead he loves to caddie at Riviera.

Scheffler did also have a man called Eric Ledbetter on the back recently during The Northern Trust but this appeared to have been a temporary partnership as he has now gone back to McGuinness. We believe Ledbetter is an assistant pro at TPC Boston, the host course for the event so that may have had something to do with the fleeting partnership.

Garmin Approach S60 GPS Watch £299.99 at American Golf
If you are in the market for a GPS watch then Garmin make some of the best. This S60 is a case in point. It looks fantastic and has over 40,000 courses loaded onto it, you can use it’s drag-and-drop functionality to measure distances, hazards, and move pin positions. It can also be used to monitor runs, swims and bike rides for great additional value.

Callaway Chrome Soft X Golf Balls $39.99 with Worldwide Golf Shops
A model that proves popular out on Tour, the ball is constructed with an improved urethane cover which delivers increased ball speed on full shots. Right now you can get $8 off on the Chrome Soft X balls if you want firmer feel and lower spin with the driver.

Stewart Golf has improved its R1 Push cart with this R1-S model. During testing we thought the folding mechanism worked excellently and the ease of use when walking and pushing it makes it one of the best golf carts around. Add a splash of colour and a huge saving and you have a winner.
Stewart Golf R1-S Push Cart Review

How Much Would You Pay for a Round at Augusta?