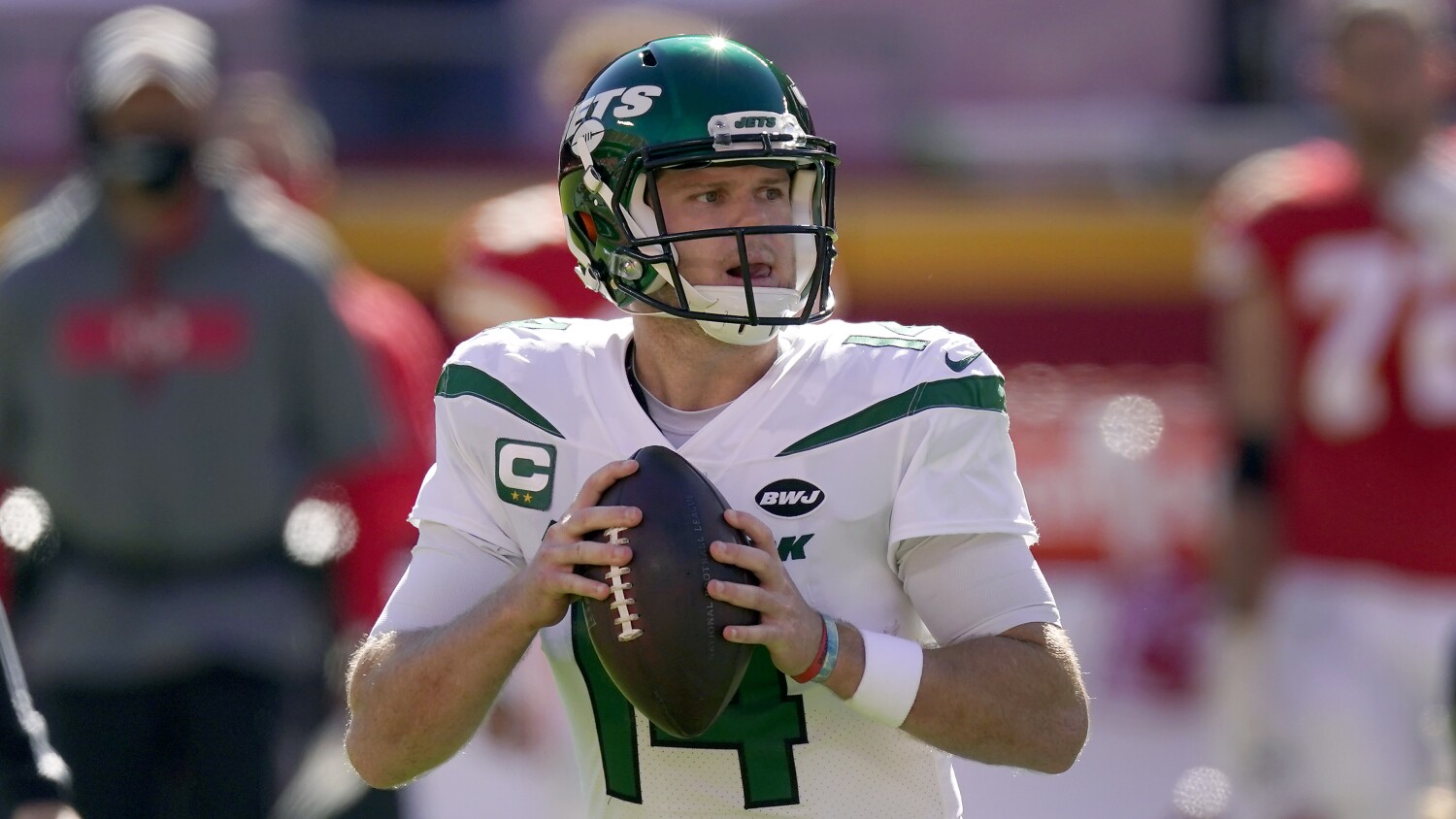 The Chargers began Week 11 in a very unusual position. As favorites.

They opened as a 10½-point pick over the hapless New York Jets for the game Sunday at SoFi Stadium.

The Chargers (2-7) have dropped seven of eight since winning their season opener at Cincinnati. Their other victory came over the Jacksonville Jaguars, who are 1-8.

At 0-9, the Jets are the NFL’s only remaining winless team.

“We have seven games left,” coach Anthony Lynn said Sunday after the Chargers’ 29-21 loss at Miami. “We’ll find out what we’re made of. Character’s always revealed in these situations.”

The Chargers and their fans have grown increasingly frustrated as a season that has produced Justin Herbert has netted very few other positives. While showing himself to be a possible generational talent, Herbert is 1-7 as the starting quarterback.

“We want to win for our fans,” Lynn said. “There’s no doubt about that. And we’re not getting it done. We’re as frustrated as anybody. Don’t think that we’re not trying to turn this around.”

After meeting the Jets, the Chargers play at Buffalo. The Bills (7-3) lead the AFC East.

The Chargers finish the season with three straight against the AFC West. They’ve lost nine division games in a row.