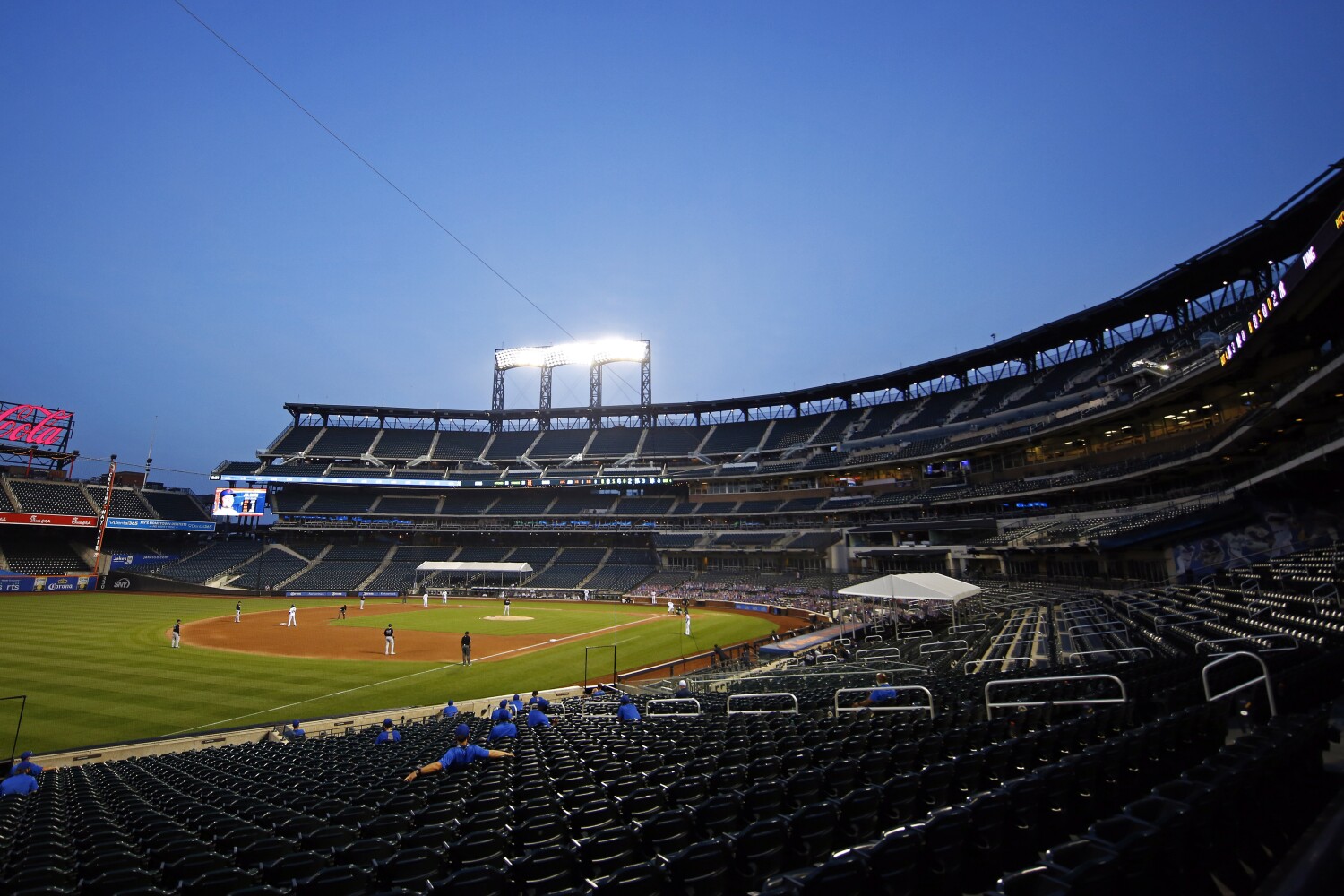 On the evening of July 10, catcher Cam Gallagher played in an intrasquad game for the Kansas City Royals. The next morning, Gallagher learned he had tested positive for the novel coronavirus.

According to the Centers for Disease Control and Prevention, anyone who was in close contact with a person who has the virus should quarantine for 14 days. If Gallagher had tested positive during the regular season, and if his teammates had to quarantine for two weeks of a nine-week season, that could make a mockery of competitive integrity and raise anew the question of whether Major League Baseball should be trying to play through a pandemic.

However, with the season scheduled to start on Thursday, the league is putting its faith in a detailed health and safety protocol designed to isolate players who test positive and let most — if not all — of his teammates play on.

The MLB protocol emphasizes contact tracing and rapid testing, two elements of the kind of robust response to the virus that the federal government largely has failed to deliver.

“Could I sit there and tell you, as of right now, that it will work? I just don’t know that I have enough information,” said Nick Kenney, the Royals’ head athletic trainer. “I’m feeling better about it all the time.”

Under the MLB protocol, players are tested every other day. On the day the Royals found out about Gallagher’s positive test, Kenney said, all the players were scheduled for testing anyway.

However, if the Royals players had not been scheduled for testing that day, only those players that had been in “close contact” with Gallagher would have been required to undergo immediate testing, according to the protocol. Those players would be isolated until they tested negative; if they did, they could return to play but still would be subject to daily testing for seven consecutive days.

According to Kenney, “close contact” does not mean playing on the same field with an infected player.

“Just because you’re in the vicinity doesn’t necessarily mark you as a guy,” Kenney said.

Kenney said the Royals have trained two staffers to act as contact tracers, in part to watch games and practices so the team could know who might have been in close contact with an infected player. The tracers also would interview players about their close contacts.

He said the Royals have encouraged players to police themselves with reminders about wearing masks and maintaining social distance. Following MLB guidance, the Royals also aim to minimize interactions by taking such measures as spacing out the clubhouse so adjacent lockers are empty, spacing out equipment in the workout room and restricting how many players can work out at the same time, and making sure each player has his own water bottle, towel, rosin bag and pine tar rag.

“Each and every person literally has their own table to eat at, and the tables are spaced out,” Kenney said.

Should a player test positive, Kenney said a team should be able to play on, even if a few players are identified as close contacts, as each team selects a 30-man roster from a 60-man pool.

“It’s all a matter of how many people have to isolate,” Kenney said. “Expanding the rosters early on, to 30, gives you the opportunity to absorb a situation where maybe you have to sit four guys because they were close contacts.”

The CDC’s 14-day quarantine outline does not mention testing. In the absence of a national testing apparatus, the CDC simply advises anyone who had close contact with an infected person to stay home and watch for symptoms.

The MLB protocol relies on mass testing, with quick turnarounds. The league initially announced it would convert its drug-testing lab in Utah into a COVID-19 test lab, in part so laboratory capacity would not be reduced for the general public.

When players reported to training camp earlier this month, delays in getting test results abounded, to the point where the Houston Astros had to hold players out of three workouts within nine days because results had not been returned in a timely manner. The MLB protocol calls for results within 48 hours of an initial intake test and 24 hours of subsequent tests.

“It’s really inexcusable in-season for a player that can help you win a game to miss said game because test results didn’t get back quickly enough when we were told that they would be,” Astros pitcher Justin Verlander told reporters.

“What would happen if my test results didn’t come back on time and I’m starting pitcher that day?”

In addition to the Utah lab, MLB now uses a supplementary facility at Rutgers University in New Jersey.

The Royals have also lined up a local lab that Kenney said provides results in six to 12 hours. The MLB protocol requires teams to identify local labs that can process expedited tests for anyone showing symptoms of the virus.

Teams are not precluded from using local labs for other purposes. Kenney said the Royals use their local lab for testing of close contacts and retests for those testing positive — in all, less than 5% of the total tests taken by the Royals.

With such limited use of local labs, its own lab in Utah and the new affiliation with Rutgers, MLB said it is honoring its pledge not to divert tests or supplies from the public to its players.

In a statement, the league said: “By creating its own laboratory and not relying on a commercial laboratory to process most of its samples, MLB has not taken laboratory capacity from the healthcare sector. We have been assured by the manufacturer of the saliva testing kits that the test kits themselves are in ample supply. Most clinical laboratories in the U.S. are not using the saliva kits at this time to analyze samples.

“In terms of … RUCDR [the Rutgers lab], the laboratory assured us that it has capacity at this time to handle the smaller number of samples that we intend to send to them because it is a very large laboratory and the virus is not spiking at the present time in the Northeast. If that changes, we will not send samples to RUCDR.”

As the season starts, an epidemiologist said what happened to Gallagher — play in a game one day, get a positive test result the next day — is bound to recur.

“That’s obviously not the situation you want, because he was probably infectious during that game,” said Dr. Zachary Binney of Emory University.

Kenney said he believed MLB had done “a really good job of putting together a multilayered approach here to create barriers along the way.” Binney said that the MLB protocol for the Gallagher situation appears prudent.

“I don’t think it is necessary to quarantine the entire team because of one case, even though he played in a game, because baseball is so good for social distancing,” Binney said. “I would suspect more contact happens in the clubhouse than in the intrasquad scrimmage.

“That is really the question: Do you trust that the Royals and Major League Baseball are correctly tracking and reporting anybody that player may have had close contact with? If you don’t, then I can see why you would be nervous. But, so far, I’m inclined to trust MLB.

“It’s harder in basketball or football, because everybody has close contact with everybody else. Baseball does have a built-in advantage that way.”