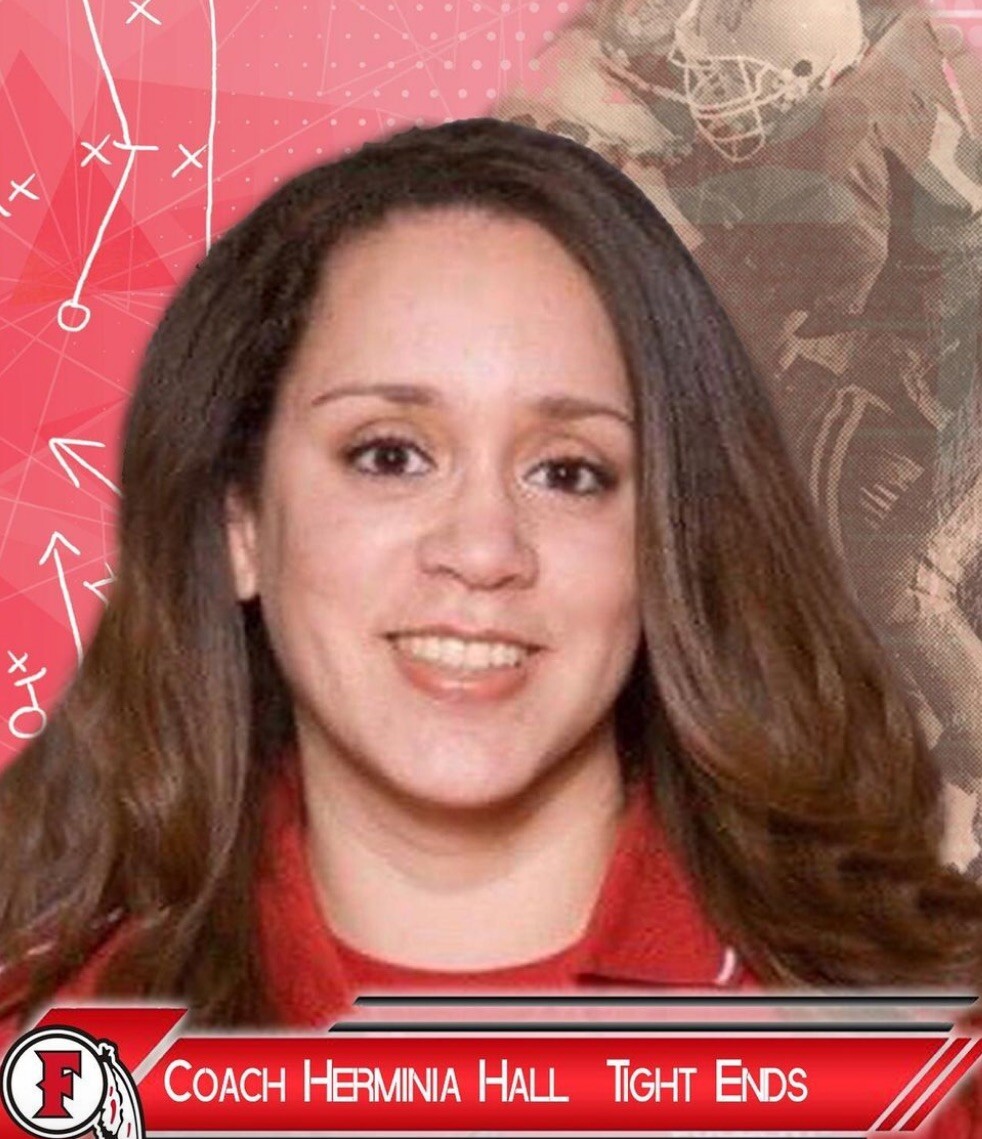 COVID-19 delayed Herminia Hall’s plans to play in a women’s professional football league, but it also presented her with a new opportunity — to be a high school football assistant coach.

Hall, a 45-year-old Narbonne grad, has become the tight ends coach at Fullerton High under Richard Salazar while she waits to join the Los Angeles Fames of the Women’s Football League Assn. She plays offensive guard.

Hall has been an instructional aide at Fullerton since 2007. She decided to ask Salazar if he needed help with the football team. He agreed.

“I love it,” Hall said. “The players have been very positive, very accepting. They accept everything I say. They work hard. There’s been no ‘I’m not going to listen to her, she’s a girl.’ It’s been a positive experience. They see me as a coach.”

Hall is supposed to begin her professional playing season at some point next year, but she’s also trying to coach for as long as she can.