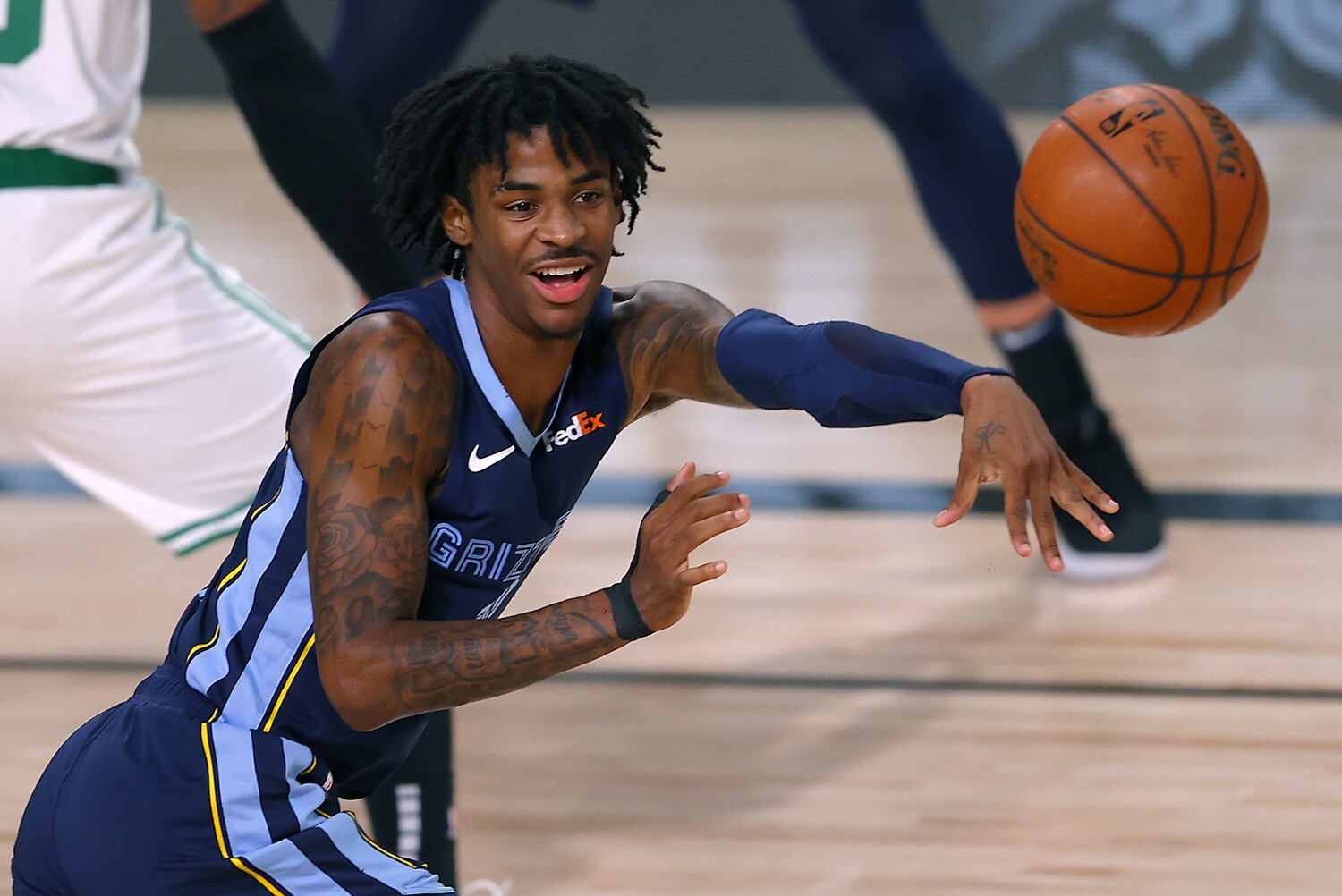 So is his 10-day-old “son.” But very soon the tyke will be towering over his old man.

The newest member of the Memphis Zoo’s reticulated giraffe herd was born Nov. 10.

His name? Ja Raffe, a play on the name of the Grizzlies point guard who was selected the NBA’s rookie of the year in September.

He was introduced to the world Thursday with a hype video fitting for a creature named after one of the city’s most popular athletes.

Morant seemed to feel an instant bond with his namesake calf, tweeting “‘Ja’ raffe was born a legend!!”

“Ja”raffe was born a legend ‼️🦒

On Friday, the two Jas met for the first time, with Morant declaring the baby giraffe his “son.”

… and planned a future outing with the lad.

“If I ever do the dunk contest, I’m taking my son with me,” Morant said. “I’m gonna jump over him.”

But Morant did draw the line at nursing the baby giraffe.

“I ain’t got no milk for you,” the NBA star told Raffe.

No word on where rapper Ja Rule was during the outing.

Morant made the most of his trip to the zoo, paying a visit to the tigers …

“Had a great day today,” Morant said on the way out. “Met my son, Ja Raffe. Touched his nose. Also overcame a fear of holding a snake today, so it was a great day.”

Life in the NBA bubble: Learning to survive a 'three-month road trip'