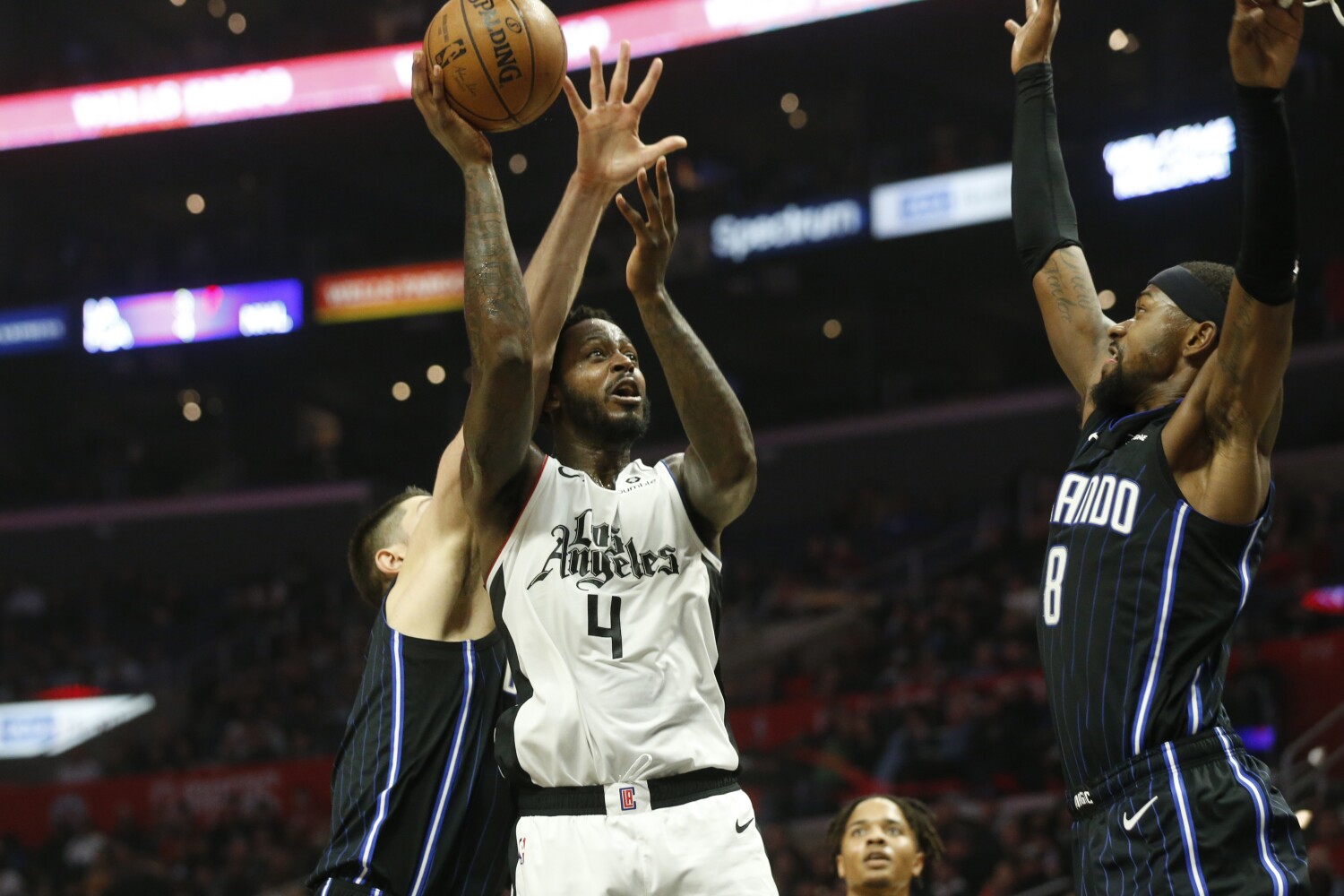 The Clippers will have one more variable to consider when free agency opens Friday after JaMychal Green declined his $5 million player option to become an unrestricted free agent.

The decision Thursday, which was confirmed by a person with knowledge of the situation, doesn’t preclude the 6-foot-9 Green from returning to the team.

A floor-spacing, big-man-defending backup forward who has impressed in consecutive postseasons with the Clippers, Green is free to negotiate a new contract that would offer guaranteed money, and thus stability, beyond the one season his option ran for.

He can also now talk with other teams seeking a career 37% three-point shooter who has shot 47% from deep in two playoff runs with the Clippers. Green, 30, is also valued because he can guard forwards and centers alike while playing center in smaller lineups.

By one reading, the decision to decline his option is a signal that Green believes such production will allow him to command more than the $5 million he was set to earn this season. Such a belief has roots in what took place a year ago, when he was offered more money elsewhere but chose to return to the Clippers in part because they presented an opportunity to compete for a championship.

Should he re-sign with the Clippers in the coming days and receive a raise for the upcoming season, it could impinge the team’s financial flexibility to re-sign both of its other significant free agents, forward Marcus Morris and center Montrezl Harrell, while also being able to offer the full mid-level exception that is worth $9.3 million.

By electing to use the full exception, which allows teams to exceed the salary cap and sign players, the Clippers could offer an attractive carrot for veteran free agents who could boost the team’s championship ceiling. Yet using it also would require that the Clippers not exceed the league’s so-called hard cap of $138 million in payroll.

Alternatively, the team could choose to blow past $138 million and enter the luxury tax but doing so would leave them eligible to use a smaller mid-level exception, worth $5.7 million, that might be less enticing for free agents of a certain caliber.

It is one of several decisions the Clippers must weigh in the coming days.

Should the Clippers want to re-sign Harrell, the league’s reigning Sixth Man of the Year, how high could his asking price rise? As productive as any reserve in the NBA whose boundless energy has influenced many a Clippers victory, Harrell is nonetheless a divisive center because of his 6-7 stature, the issues that height can cause while defending taller players, and a shooting range that mostly keeps him around the paint.

With only a handful of teams carrying significant cap space into free agency, it’s unclear how many suitors Harrell could have on the market. He made $6 million each of the last two seasons but could command the full mid-level exception or more.

Are the Clippers done tinkering with their backcourt after Wednesday’s draft-night trade landed them Detroit’s Luke Kennard? They shipped Landry Shamet to Brooklyn and Rodney McGruder to Detroit as part of a deal that brought back a dependable 40% three-point shooter with ball-handling ability but didn’t necessarily net a pure ballhandler who can run coach Tyronn Lue’s offense.

New Orleans could be an intriguing trade partner given their glut of guards, which includes Lonzo Ball, Nickeil Alexander-Walker and new draft pick Kira Lewis in addition to George Hill and Eric Bledsoe, who will soon join via trade with Milwaukee. Hill is owed $9.5 million this season, and Bledsoe will earn $16.8 million.

As the Clippers made final preparations before free agency they also were planning for their rapidly approaching training camp, which begins in early December. The team has signed undrafted 6-1 guard Jordan Ford of Saint Mary’s to a contract that will bring him to training camp, according to a person with knowledge of the deal.

Additionally Jay Scrubb, the junior college player of the year the Clippers selected 55th overall Wednesday, will sign a two-way contract, two people with knowledge of the decision said. Teams are allowed a pair of two-way players, who can go back and forth between the NBA and G League. The NBA revamped its two-way rules in recent weeks, removing the 45-day limit such players could spend with their NBA teams. Now, players can be active for up to 50 games.