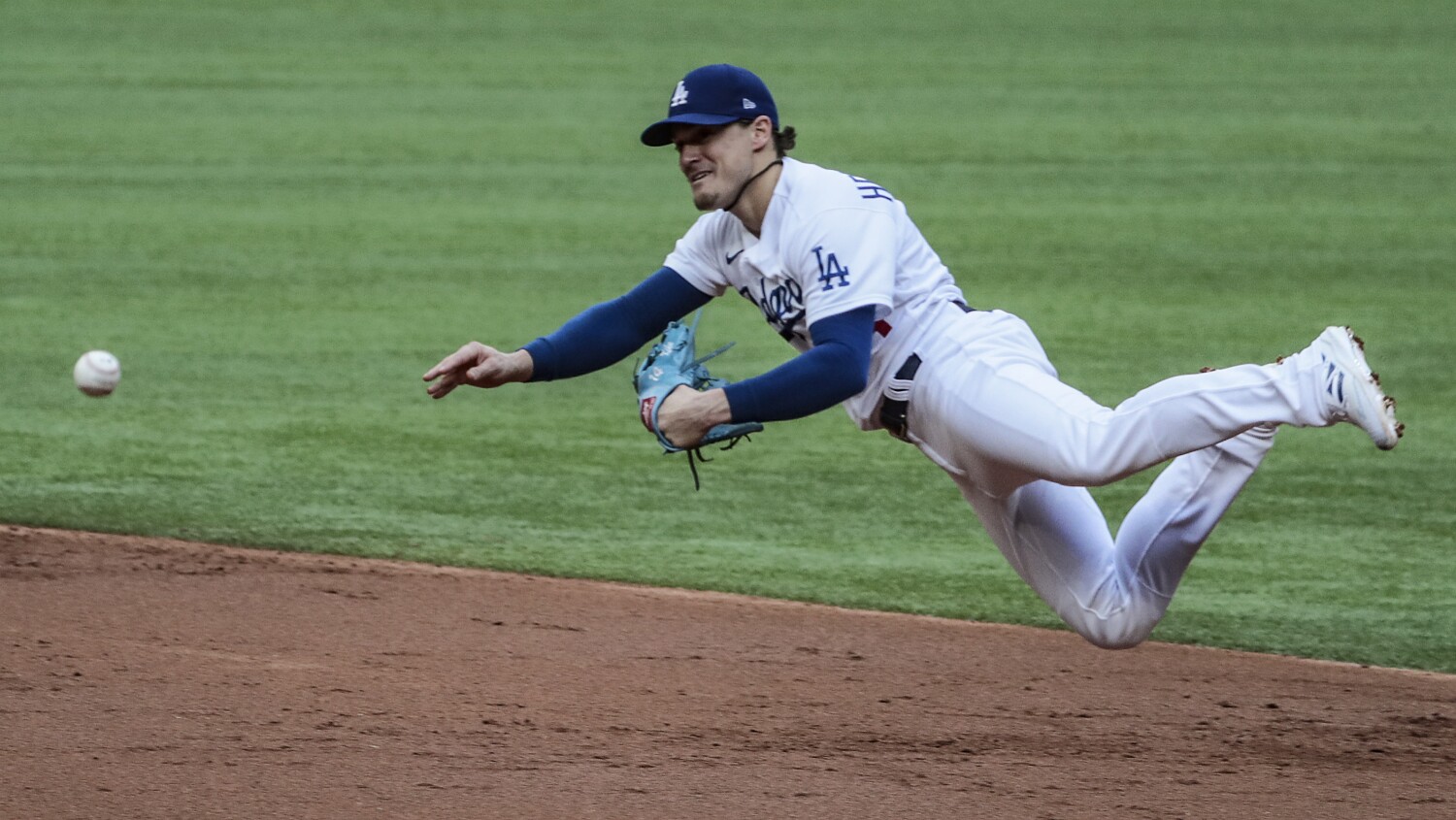 CASE FOR DODGERS KEEPING HIM: The Dodgers value defensive versatility and Hernández is an elite defender who can bounce around the diamond without a problem. His proven ability to deliver in October doesn’t hurt.

CASE AGAINST: The Dodgers have Zach McKinstry waiting to snatch Hernández’s roster spot. McKinstry made his major league debut in 2020, has played six positions in the minors and will cost significantly less than Hernández.

Kiké Hernández was one of the most emotional people on the field in the moments after the Dodgers finally won the championship last month. He bounced around the field hugging everyone in sight. He cried. He sat on the mound, cleats off, holding the World Series trophy like it was a baby.

The Dodgers’ path to the title was saturated with disappointment over the previous seven years. A few players were there for most, if not all, of the annual heartbreak. Hernández is one of them. He joined the Dodgers before the 2015 season. He was around for five years of playoff failure. There’s a good chance his last game as a Dodger was that night in Arlington, Texas.

Hernández, 29, is a free agent for the first time in his career and he brings a complex resume to the market.

He never stuck as an everyday player at one position for longer than a few months in Los Angeles but appeared in at least 80% of games over the last four seasons. He’s an elite defender who has logged at least 154 2/3 innings at six positions and another 89 innings at first base in his big league career.

He might be the best defensive second baseman in the majors; he finished the 2020 season tied for first in defensive runs saved among major-league second baseman. He landed there despite logging fewer than half the innings Nicky Lopez, the second baseman he matched for the top spot, tallied at the position for the Kansas City Royals.

Offensively, he oscillated between white hot and ice cold at the plate. The cold stretches lasted longer than the hot ones and he struggled against right-handed pitchers. He batted .240 with a .737 on-base-plus-slugging percentage in his six seasons with the Dodgers. This year, he hit .230 with five home runs and a .680 OPS in 48 games. He owns an .820 career OPS against left-handed pitchers and a .673 mark against right-handers.

But he has a way of stepping up when it matters most; he has eight home runs in 142 postseason plate appearances. He clubbed three in Game 5 of the National League Championship Series against the Chicago Cubs to help clinch a World Series berth. This year, he swatted a tying solo home run in Game 7 of the NLCS against the Atlanta Braves.

The Dodgers covet Hernández’s skill set. But so do other teams who are willing to give Hernández what he wants besides millions of dollars: an everyday role that puts him on the field six or seven days a week rather than four or five.

The Dodgers have Zach McKinstry to replace Hernández should he leave. The 25-year-old McKinstry is younger, cheaper and has logged time at six positions in the minors. He made his major league debut in 2020 and made his only start in right field after not starting a game there in the minors. He checks the versatility box.

McKinstry rapidly emerged as a prospect during the 2019 season. He torched triple-A pitching, impressed in spring training and looked the part in summer camp as someone who could consistently put the ball in play. But he is an unproven commodity at the major league level.

The Dodgers know what Hernández can provide. He arrived in one of the first moves executed by Andrew Friedman, president of baseball operations, in December 2014 when he traded Dee Gordon and Dan Haren to the Miami Marlins for Hernández, catcher Austin Barnes, and pitchers Andrew Heaney and Chris Hatcher.

Six years later, after five seasons’ worth of October disappointment and a joyous breakthrough in Texas, Hernández’s time as a Dodger might be over.

Concussion had left Chargers’ Joey Bosa in a serious fog

Chargers vs. Jets matchups: Justin Herbert ready to bounce back