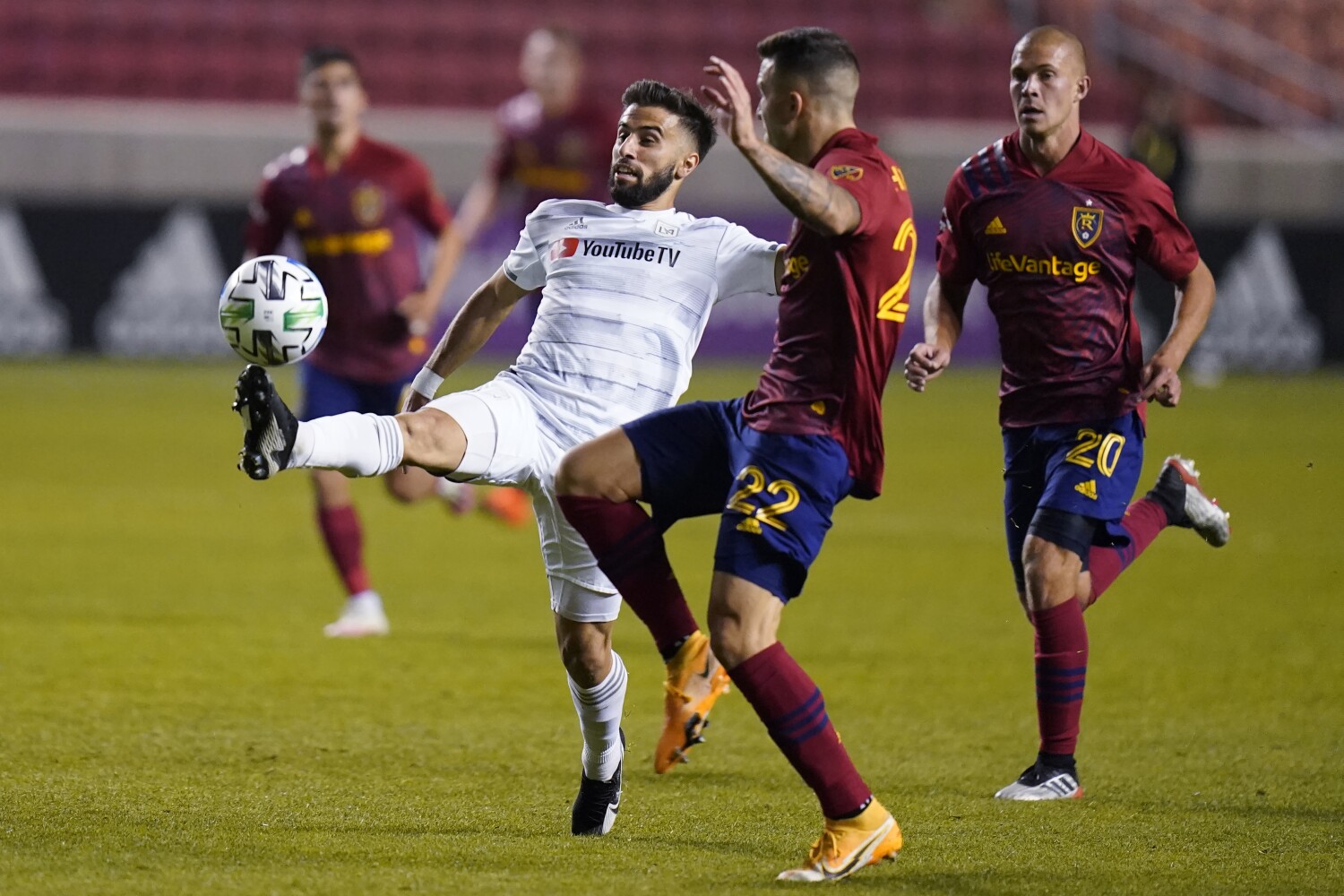 LAFC forward Diego Rossi was named the Major League Soccer young player of the year on Monday, an award presented for the first time this season to recognize the league’s top player aged 22 and younger.

Rossi, 22, led MLS in goals this season with 14, following in the footsteps of teammate Carlos Vela, who won the Golden Boot last season. They are the first teammates to lead MLS in goals in consecutive seasons.

Rossi, who scored the first goal in LAFC history in 2018, is the team’s all-time leader in games started (82), minutes played (7,201) and is tied for most MLS appearances (85). He is also one of three players in MLS to register double-digit goals in three consecutive seasons, tallying 42 goals and 20 assists in league matches while adding one goal in the MLS Cup Playoffs and six goals in two editions of the Lamar Hunt U.S. Open Cup.

Rossi narrowly edged Philadelphia‘s Brenden Aaronson in voting by his peers, club officials and the media. LAFC teammate Brian Rodríguez finished sixth in the balloting. Rossi and Rodríguez are on international duty, playing for Uruguay in South American World Cup qualifying. They will be back in the U.S. later this week but because they will have to observe a 10-day COVID-19 quarantine, both will miss LAFC’s playoff opener against Seattle on Nov. 24.

Midfielder José Cifuentes and defender Diego Palacios will also miss that game. Both reported to Ecuador’s national team last week for its World Cup qualifiers and have since tested positive, two of six Ecuadoran players who tested positive in the last week. Cifuentes and Palacios are expected to isolate in Ecuador before rejoining LAFC later this month.

NBA Draft: James Wiseman focuses on his future, not past