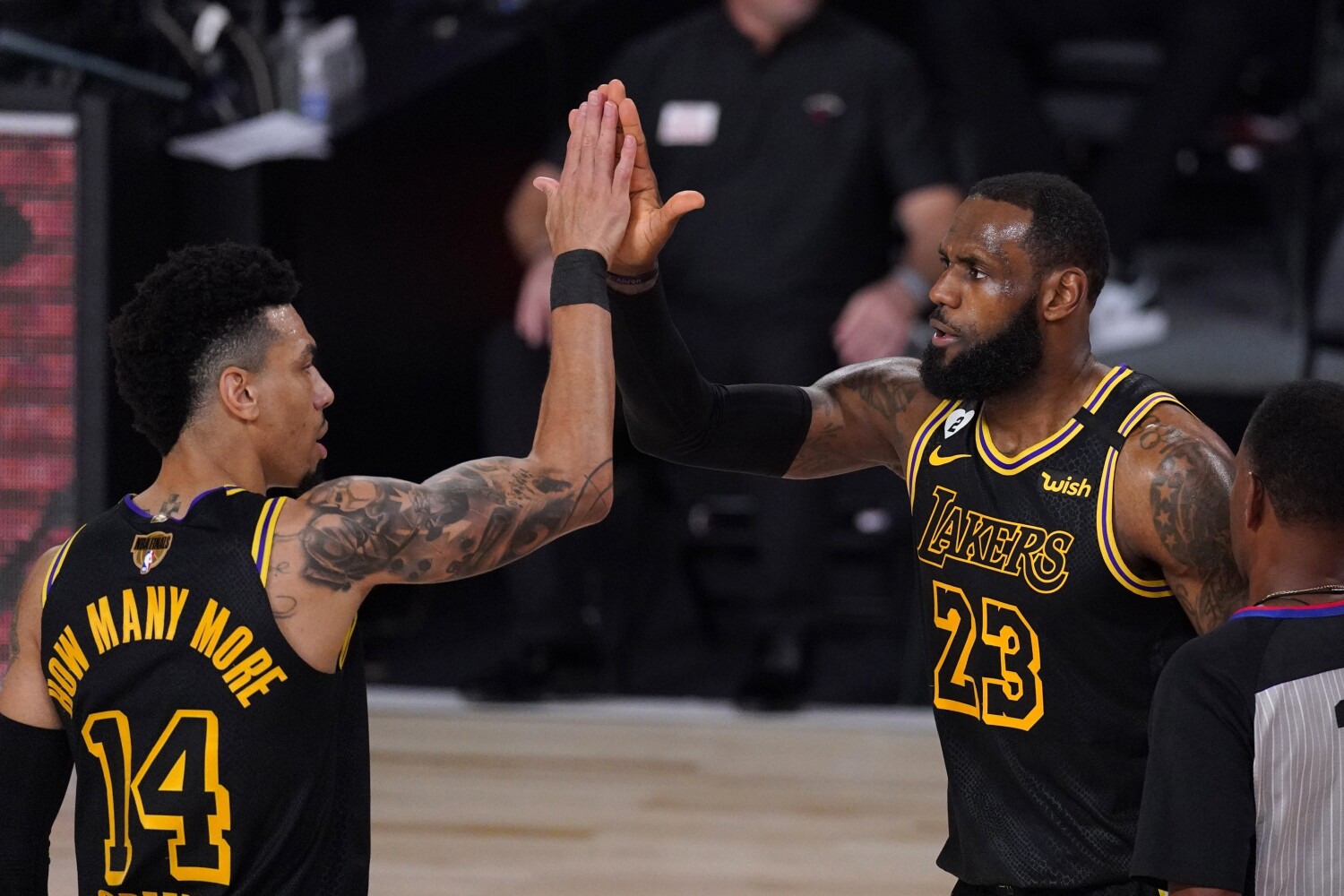 Rob Pelinka witnessed his team navigate the most unique 100-plus days or so in NBA history inside the Orlando bubble, an experience that ended with the hoisting of a trophy and celebrating a championship deep into the night.

The memories are fresh because, well, they just happened.

The Lakers won their championship just over a month ago, and in a matter of weeks they’ll be back in camp readying to defend it. And Wednesday, the Lakers general manager hinted at a pretty big change in the way his team will handle LeBron James in the upcoming year.

“We have had a really powerful partnership with him to maximize his performance for the playoffs and to win a championship,” Pelinka said. “And I think that’s always a balancing act.”

That balancing act could require embracing load management in a way the Lakers avoided a year ago, with James and fellow star Anthony Davis regularly playing through ailments even though the team was atop the Western Conference for the bulk of the regular season.

Pelinka said the Lakers would work with James, the NBA and the National Basketball Players’ Assn. in figuring out the best way to handle James’ workload following this short offseason.

The NBA implemented rules to help legislate when a healthy player could rest — typically in home games that aren’t “high-profile” nationally televised games. It’s unclear how strict those rules will be enforced during the upcoming season.

While the Lakers didn’t go to extreme lengths to rest James a year ago, he did average career lows for minutes during the regular season and the playoffs. And with Davis in the mix, James could afford to carry a slightly lessened offensive load.

On a recent episode of HBO’s “The Shop,” former president Barack Obama joked that James is “definitely going to have some minutes restrictions” in the upcoming season. Obama said James should just let Davis do all the work.

“That’s what I got him for,” James joked back.

Whether it’s Davis or the newly acquired Dennis Schröder, Pelinka made it clear that the Lakers would take a long-term view on James and his production. They saw what he was last year in the bubble, and they want to see it again.

Sparks have lots in reserve with Riquna Williams, ‘bench mob’