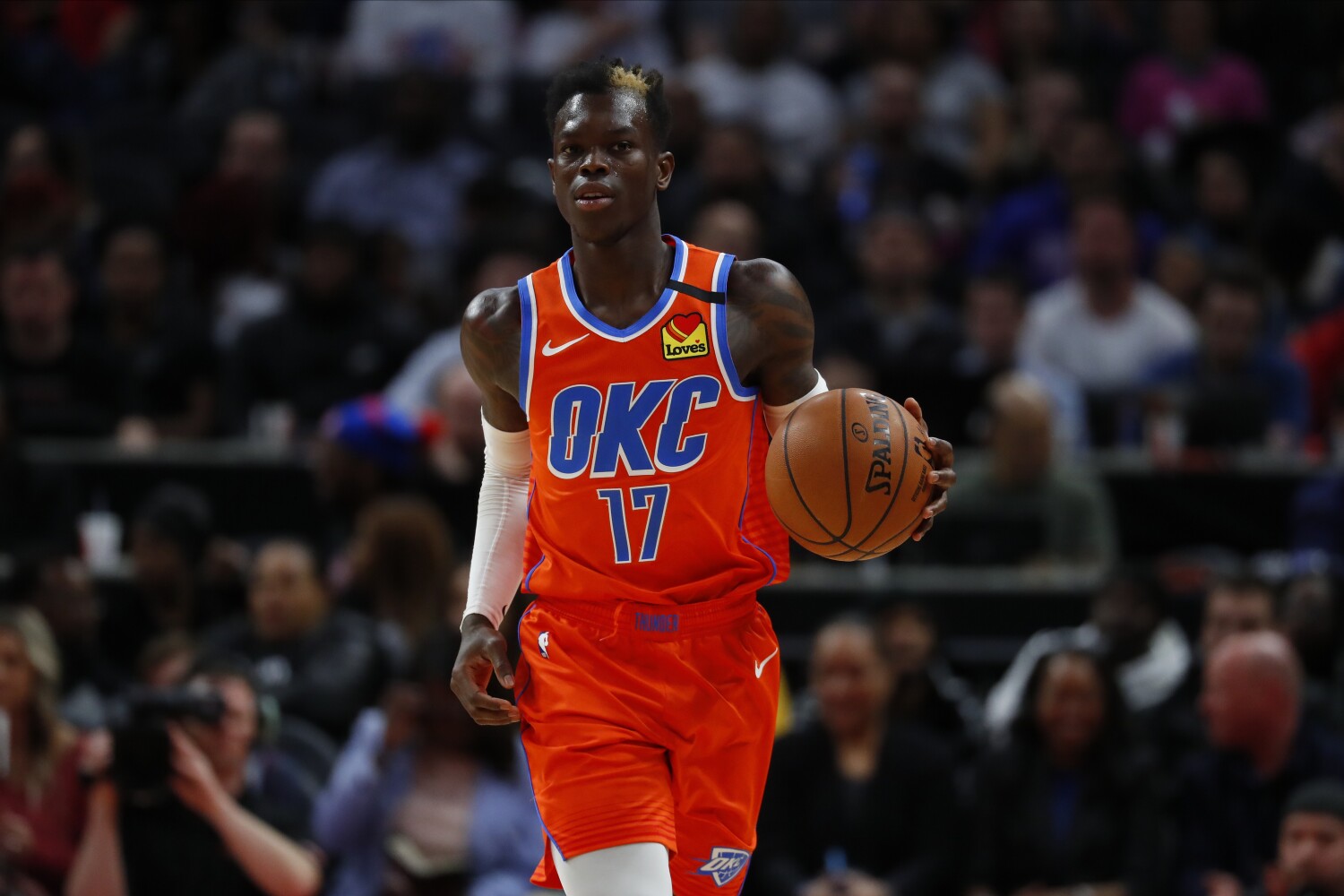 The Los Angeles Lakers knew they wouldn’t be able to sit back and navigate the season ahead with the same roster — a run-it-back mentality wouldn’t work while the rest of the league chases them.

The Lakers are nearing an agreement to send guard Danny Green and the No. 28 overall pick in Wednesday’s NBA draft to Oklahoma City for guard Dennis Schröder, according to people with knowledge of the talks who are not authorized to speak publicly.

The trade would net the Lakers a versatile 6-foot-1, 27-year-old guard who was one of the NBA’s premiere sixth men a season ago.

Schröder‘s and Green’s salaries are both around $15 million, making the deal an easy match. Schröder will be a free agent after the 2020-21 NBA season.

The trade would need to be officially completed after the Lakers make that draft selection Wednesday.

Schröder averaged 18.9 points per game last season with the Thunder, second on the team. He made 38.5% of his three-point attempts to go with 4.0 assists and 3.6 rebounds. He played both guard spots in the Thunder’s backcourt alongside Chris Paul and Shai Gilgeous-Alexander.

Rival executives have long believed the Lakers could use another playmaker, and Schröder easily fits that bill. He’s also a capable lead offensive option in stretches when the Lakers don’t have LeBron James or Anthony Davis on the floor.

Losing the 6-foot-6 Green in the deal is significant — he’s a proven NBA winner with three championships. His size, defensive presence and ability to stretch defenses made him the Lakers’ primary target in free agency last season after Kawhi Leonard chose the Clippers. He’s also regarded as one of the NBA’s best teammates after winning titles in San Antonio and Toronto.

Green started every game for the Lakers last season during their championship run and while he struggled to shoot the ball during the postseason, making 30.2% of his shots from deep in the Western Conference and NBA Finals, his defensive acumen fit the identity the Lakers and coach Frank Vogel tried to cultivate.

The Lakers’ desire to ease the burden on James, though, wasn’t a secret among NBA scouts and executives.

People with knowledge of the situation expect the Lakers to acquire a defensive-minded wing in free agency. Milwaukee guard Wesley Matthews is expected to be a top target for the Lakers, assuming he declines his player option for next season, which is expected.

NBA teams, according to people with knowledge of the situation, can officially begin making trades Monday.

The Lakers, who have already traded their 2022 first-round pick, can’t officially close the deal with Oklahoma City until the Lakers make their pick Wednesday because of a rule prohibiting teams from trading first-round picks in multiple years.

UCLA’s defense is easily its best under coach Chip Kelly

Anthony Lynn should not lose job as Chargers head coach