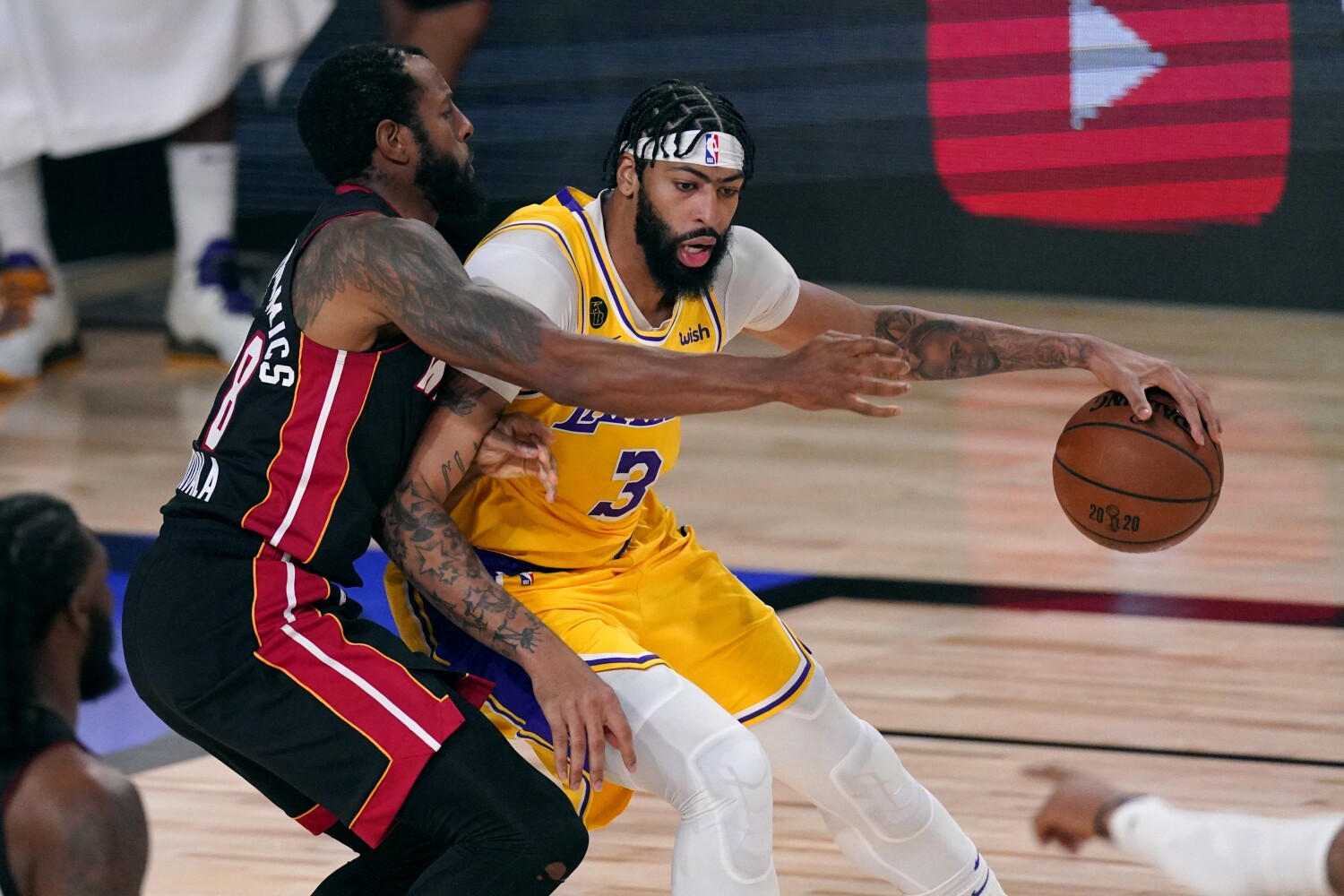 The goal is to repeat as champions and have sustained success, which is why Lakers vice president of basketball operations Rob Pelinka acquired point guard Dennis Schroder from Oklahoma City and it is why he will continue to scour the free-agent market, look at other trade scenarios and push to retain his core players that were central to the franchise winning its NBA record-tying 17th championship.

Getting Schröder for Danny Green and the 28th pick (Jaden McDaniels) in Wednesday night’s NBA draft was the first step Pelinka took in his quest for the Lakers to win again.

The next steps for Pelinka are to get Anthony Davis re-signed to a deal after the forward opted out and to decide which other free agents from the team the Lakers will re-sign.

“Like this is just a group of guys that fit, that worked together and we’d love to keep our core as close as we can,” Pelinka said during a video call with reporters Thursday morning. “But if there’s opportunities to get better and to address needs like we did with Dennis, we’ll take advantage of those.”

Besides Davis opting out to become a free agent, Kentavious Caldwell-Pope, Rajon Rondo and Avery Bradley all opted out of their deals and became free agents.

Dwight Howard and Markieff Morris, key role players for the Lakers last season, are free agents and both sides have strong interest in linking up again.

The Lakers announced Thursday that they had declined the option on reserve guard Quinn Cook, making him a free agent. His non-guaranteed contract for $3 million did allow him to get $1 million on his way out.

Center JaVale McGee opted into his contract for $4.2 million.

Teams can start free-agent negotiations Friday at 3 p.m. PST and they can sign players Sunday starting at 9:01 a.m. PST.

The Lakers are projected to have the mid-level exception of $9.2 million, the biannual exception of $3.6 million and the veteran minimum at their disposal to lure free agents.

One prominent name who remains interested in the Lakers is free-agent wing player Wesley Matthews.

”Our approach will be to be aggressive,” Pelinka said. “I think there’s a handful of teams that probably hope to contend or be in a position to contend. We’re not gonna just sit back and not expect others who are in position to try to better their roster or better their teams. So we have to stay aggressive.

“I think the danger of winning is complacency, and I won’t … we won’t allow that to creep in here. We’re gonna try to improve our team and put coach [Frank] Vogel and his staff in the best possible position to defend. And our owner Jeanie Buss has given us all the resources at hand to do that. So be aggressive and make sure we increase that probability as high as we possibly can to get No. 18.”

Most NBA executives believe Davis, who opted out of deal that would have paid him $28.7 million this season, will return to the Lakers. Caldwell-Pope wants to return, but he’s looking for a raise from the $8.4 million he was due to earn next season. Rondo has drawn interest from the Clippers and Atlanta Hawks, but he could return to Lakers now that Bradley opted out. Forward Kyle Kuzma is eligible for a contract extension, but most executives don’t believe he’ll get one this season.

“I think it’s easy to fall into complacency when you win a title and to just say, ‘Hey, let’s just run it back,’” Pelinka said. “But at the same time, I think my school of thinking is always let’s find ways we can become even better, every offseason let’s get better. I think we never want to just settle, and I think this was an opportunity to get better. It’s hard to lose a player like Danny. He was an ultimate professional and really filled a great role for us and played well. But overall, we just feel like this addition of a younger player to our core and for the future was something that we couldn’t pass on.”

Schröder, 27, averaged 18.9 points per game, 4.0 assists and 3.6 rebounds for the Thunder last season. He led the league in scoring off the bench and finished second in voting for the NBA’s sixth man of the year.

“I think in canvasing the league and doing research around a player like him, it comes back that Dennis is a player that other teams hate to play against but his teammates love to play with because he has that kind of nasty tenacity, grit and that’s really at the center of how we play and we win,” Pelinka said. “And so, he really folds in perfectly to that. And then I think he gives us offensively just another elite playmaker both on the ball or on the ball in the pick-and-roll situation or off the ball as a scorer. So he really just fits us perfectly.”

Lakers show no rhythm against Trail Blazers in return to playoffs

NBA free agency: How the Lakers’ roster is taking shape