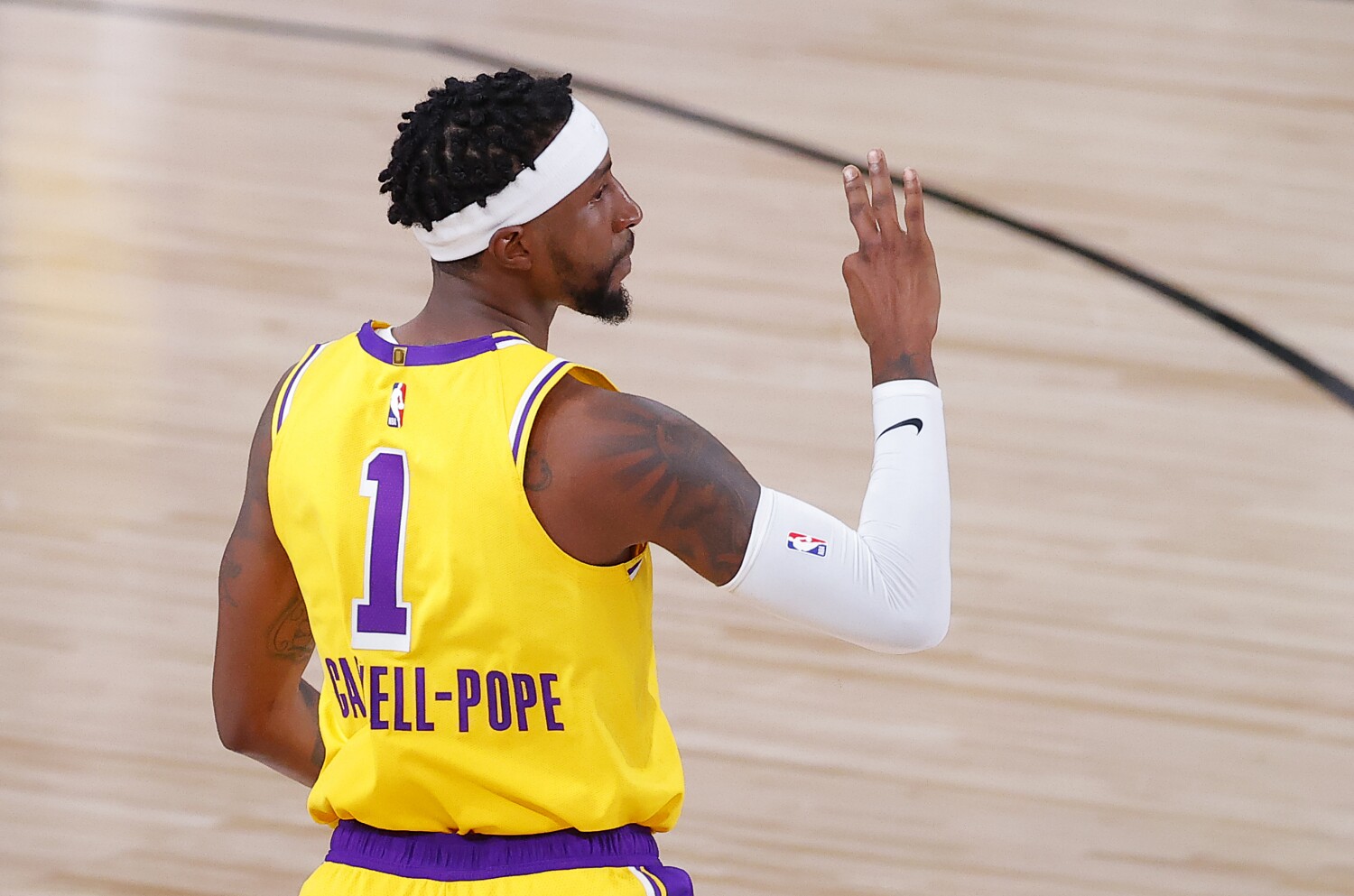 The Lakers agreed to re-sign guard Kentavious Caldwell-Pope to a three-year contract, keeping one of their most valuable players from this year‘s championship run in purple and gold.

The deal is worth $40 million, according to people with knowledge of the agreement not authorized to speak publicly.

For Caldwell-Pope, who has been with the Lakers since 2017, it ends a string of short-term deals, rewarding him with a raise and compensating him as a valuable starter on a championship team.

He started all 21 games for the Lakers in the postseason, connecting on 37.8% of his three-point shots while averaging 10.7 points.

Caldwell-Pope had interest from teams around the NBA, including the Atlanta Hawks and the New York Knicks, before ultimately staying in Los Angeles.

The agreement is another example of the Lakers swiftly executing their offseason plan, which has included trading for guard Dennis Schröder and signing Harrell and Wesley Matthews in free agency.

The Lakers are expected to agree to a maximum contract with Davis in the coming days, with the star forward weighing his options for terms of the deal.

USC again has the final say, and score, to beat Arizona