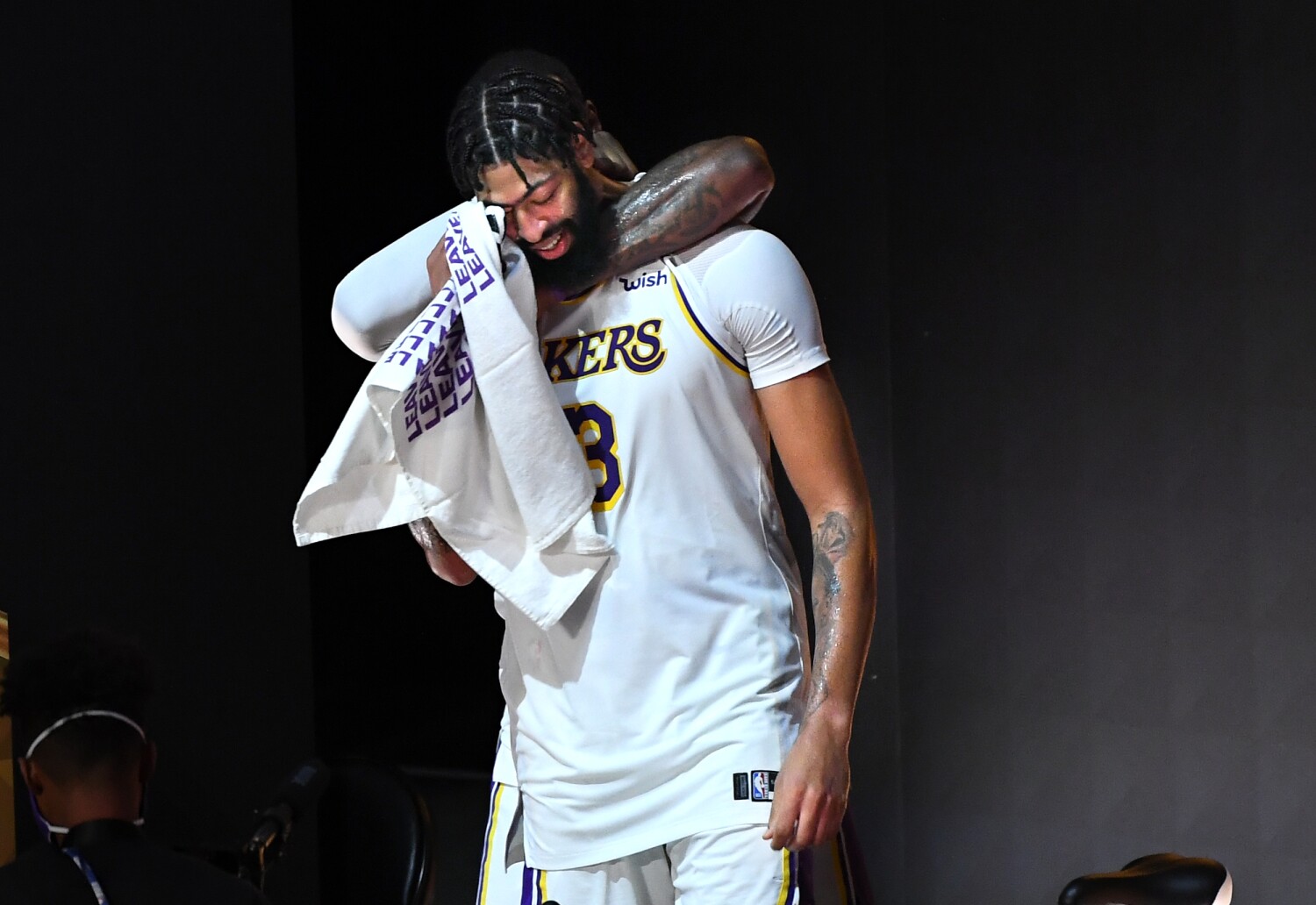 The NBA, which opened for business Monday morning, will continue with its offseason affairs on Friday when the Lakers hope to strike again as the free-agent market opens.

On the heels of acquiring point guard Dennis Schroder from the Oklahoma City Thunder for guard Danny Green and a first-round draft pick, the Lakers will turn their attention to restocking talent. It will start with getting Anthony Davis re-signed to a contract after the All-Star forward declined his player option for next season.

The consensus among NBA league executives is that Davis will return to the Lakers after opting out of a deal that would have paid him $28.7 million.

Davis, who won his first NBA championship with the Lakers last month, has a few options at his disposal.

Davis can sign a three-year deal with a player option in the final year, or a five-year deal, which is unlikely.

Davis, who averaged 27.7 points, 9.7 rebounds, 3.5 assists and 1.4 blocks in the playoffs, and agent Rich Paul of Klutch Sports will work with Lakers vice president of basketball operations and general manager Rob Pelinka to get a deal done.

Caldwell-Pope signed two one-year contracts with the Lakers, starting with $17 million for the 2017-18 season and $12 million for the 2018-19 season before signing a two-year deal last season with a player option. He is looking for a better deal either from the Lakers or another team after being third on the team in scoring in the playoffs (10.7 points) while shooting 41.8% from the field and 37.8% from three-point range.

Rondo had another strong showing in the playoffs, leading to the interest of teams like the Clippers and Atlanta Hawks.

Guard Avery Bradley, who has changed agents, and center JaVale McGee have not made a decision on their options yet, according to multiple people.

Bradley, who didn’t play with the Lakers in the bubble in Orlando, Fla., because of health concerns regarding his son, will earn $5 million if he exercises his option. McGee will earn $4.2 million if he opts-in.

The Lakers are interested in retaining free agents Dwight Howard and Markieff Morris after both had strong seasons and playoff outings.

So, on Friday at 3 p.m. PST, the Lakers can begin negotiations with free agents, and players can begin signing contracts on Sunday at 9:01 a.m. PST.

Meanwhile, the Lakers will use their 28th pick in Wednesday’s NBA draft knowing that it will be shipped to the Thunder to complete the trade for Schröder.

The Lakers could look to get back into the draft in the second round, which would be similar to what they did last year when they acquired second-round pick Talen Horten-Tucker from the Orlando Magic for a 2020 second-round choice and cash.