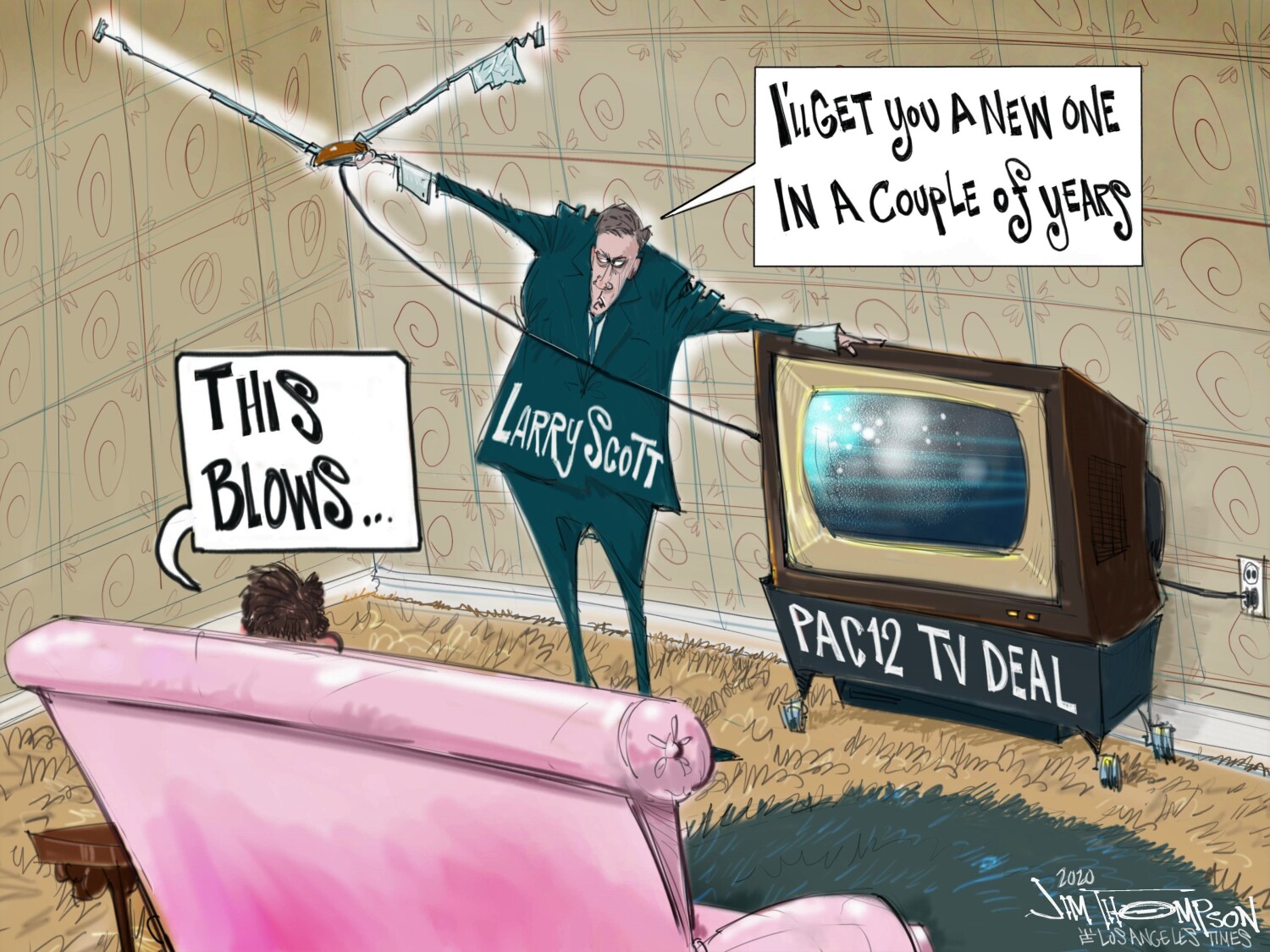 As a longtime UCLA football fan, I have admired that unlike the teams of previous coaches, at least Chip Kelly’s teams have improved over the season. After watching this season’s pathetic effort against Colorado (interestingly coached by one of those predecessors) I now understand that the bar is set so low at the beginning that not improving would be darn near impossible.

What the heck has happened to Chip Kelly? In a few short years he has gone from one of the the most feared and respected coaches in college football to, and I can only surmise here, a lazy recruiter and barely coherent strategist. UCLA must correct this very expensive mistake before it sinks to a point of no return for their football program.

Memo to UCLA athletic director Martin Jarmond regarding Chip Kelly and his “Process”:

When the process doesn’t work, you get rid of the processor. The running joke in national recruiting conversations about UCLA football is this: “They don’t win, but they sure as heck eat well.”

What you saw Saturday is what UCLA fans have seen for the last three years. Here’s a thought: Go after Cincinnati football coach Luke Fickell. It worked in basketball.

Ben Bolch gives new meaning to the term premature by anointing Greg Dulcich as “one of the top tight ends in the country.” Dulchich has played one game at that position, in which he made four catches. If Tim Wrightman were dead, he’d be rolling over in his grave.

How long will this Trojan circus run by Clay Helton be allowed to continue? Even the most inept coach would make adjustments so the opposing quarterback could not run free at will. Just another poorly coached Trojan team. I am sure the athletic director will continue to make excuses for Helton but when does this debacle end? The only victory for Helton was the absence of fans in the seats so they could not boo Helton out of the stadium like they did last year.

I really appreciated Bill Shaikin’s follow-up article on Justin Turner. It was infuriating to listen to and watch all of the grossly exaggerated and inaccurate reporting, especially by (and typical of) Plaschke. None of it seemed consistent with JT’s character and I for one am glad he wanted to join the team photo.

Now that it is known that the Dodgers organization has had five positive coronavirus tests 10 days after Turner’s reckless and inexcusable actions, it is no longer just a question of his making a mistake, being sincerely apologetic, or of Commissioner Manfred refusing to punish him because he is a good teammate and contributes through his foundation to the community. Rather, it becomes a question of individual judgment and regard for the greater good.

Turner should not have needed an assigned MLB security person to determine that going back on the field was a poor choice, or that he endangered teammates, wives and children alike. It speaks to the greater and more pertinent issue of personal entitlement, wherein the rules don’t apply if you’re wealthy or famous enough to ignore them. In sum, this is another stain on the integrity of the game.

If Angels owner Arte Moreno wants to right the ship, he should open the vault up and give the Dodgers’ Andrew Friedman the biggest contract ever for a baseball executive. Look at Friedman’s successes in Tampa Bay and with the Dodgers. Angels fans can only dream of the same success in Anaheim under Friedman’s watch.

Detroit and Boston have to be considered the early favorites to win the 2021 American League Pennant. The only question is who will “out-cheat” the other: A.J. Hinch or Alex Cora?

Alex Cora’s one-season suspension has given him plenty of time to devise new ways to cheat. The Red Sox must have found these schemes intriguing and are anxious to put them to use.

It looks like “Boston Strong” will soon be replaced with “Boston Ashamed.”

I believe that Eric Sondheimer is offering up a false choice in his plea to reopen interscholastic sports. Rather than listen to coaches and false experts as he suggests,we should listen to real experts. I suggest turning to page A6 in Monday’s Times and reading the two articles headlined “New high for U.S. corona virus cases” and “Nursing home cases rise fourfold in 20 surge states”. This disease is out of control.

Yes, it is a sacrifice on the part of both parents and students to give up a season, but it is not the end of their world. Yet.

There are many colleges and universities who have made this sacrifice. It is time for LAUSD and Gov. Newsom to do the same.

A sportswriter calling for school sports is akin to Trump’s early re-opening of businesses, where personal ambition overtakes expertise and science, his argument as untenable as Trump’s Clorox remedy. “Schools are ready” he claims; no, schools are hearing some parents loudly arguing for resumption of sports. “With proper precautions” is as dubious as his reliance on Texas, Florida and Tennessee as mentors for high school football. “It’s time . . .” was an injudicious headline for the front page of the sports section. These are not normal times.

Florida, Texas, Tennessee, and Utah have all seen higher death rates from COVID-19 over the past week than we have had in California, with Tennessee’s being five times greater. They all have coronavirus infections rates higher than the rate here, with Utah’s being five times higher. It’s tragic that there will be far more people at the football games than at the memorial services for the people that die from the coronavirus that spread at those events. Let’s set our priorities in order and get students back in the classrooms, safely, then concern ourselves with extra-curricular activities like sports.

The NBA did an exemplary job of completing the 2019-2020 season. However, starting the next season on December 22nd is, at best, a misstep.

I understand that money rules and the league wants Christmas Day games. But in addition to not having a sufficient break between seasons , does the league really think that without a “bubble” in place so they can protect the players?

Now that a vaccine is on the horizon, starting the season next spring would have been a much more prudent decision by the NBA.

Kudos to Gary Player and Jack Nicklaus for calling out the state of today’s game and the ludicrous distances that the pros are hitting the golf ball.

Whether it’s the bulked-up players or the bulked-up equipment or even the golf balls used, the driving distances of 330-360 yards are making a mockery of the golf courses and the overall game.

I believe that this new phenomenon has weakened the game and has taken a lot of the fun out of watching it.

Bigger is not always better. Stop the madness!

If there is high school sports overlap, tough choices await