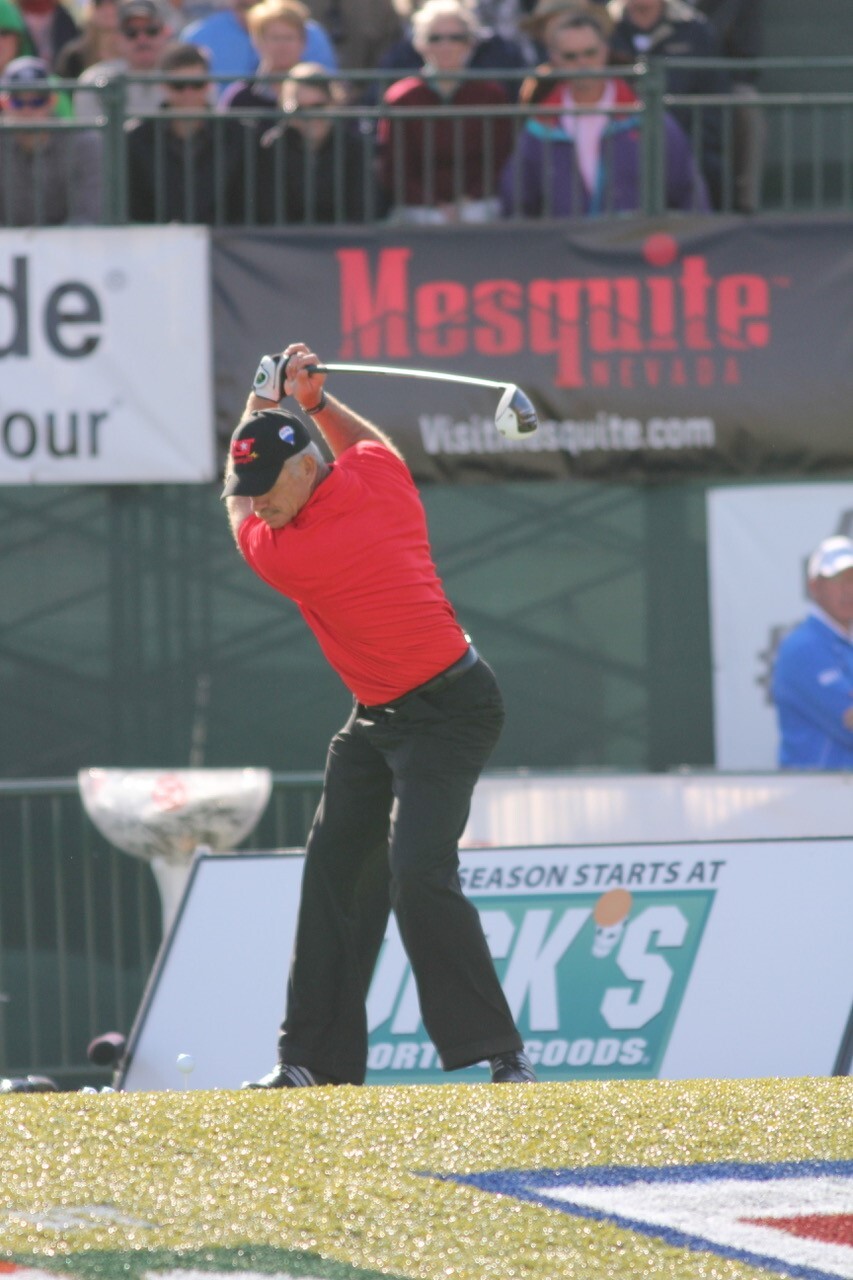 As a guy capable of hitting a golf ball out of the stratosphere, Pat Dempsey can appreciate what Bryson DeChambeau wants to do at the Masters.

“I’d rather be in the rough 23 yards off the green, than in the fairway using a five-iron,” said Dempsey, 64, a four-time world long drive champion who lives in Sunland.

DeChambeau, who won the U.S. Open two months ago, has added 40 pounds of muscle to his body and 50 yards on his drives. That resonates with Dempsey, who for years has weighed the risks and rewards of hitting the ball a mile — even if it means being wildly off target at times.

“He’s subject to a lot of criticism if he’s cruising along and going to win a major and he loses one of those drives,” Dempsey said. “Because it will up your odds on getting in extreme trouble. But I admire that he’s taken on the challenge so much, like we all have in long drive, and the only difference is that he has the short game to pull it off.”

Before turning his attention to golf, Dempsey spent 11 years as a minor league catcher. His older brother, Rick, was a catcher in the majors for 24 seasons and six clubs, including three years with the Dodgers.

Pat Dempsey then spent 10 years fitting PGA Tour players with club shafts, while carving out his own career as a long-drive specialist. He subsequently started a company, iGen Golf, which fits competitive junior golfers with custom forged irons and wedges that, through a weighting system, can be adjusted as their bodies grow and games improve.

He has noticed a trickle-down effect of DeChambeau’s style into the junior ranks.

“I fit a kid the other day for a driver,” Dempsey said. “He was about 9 years old. He held the club just like DeChambeau. He had one of those Kangol hats like DeChambeau. And when he swung the club, his left side came up. I looked at his dad and said, `’DeChambeau?’ and his dad said, ‘Yep.’”

Dempsey’s longest drive in competition was 448 yards, although he lashed one 475 during a tournament in Las Vegas. The length of his longest driver is 51 inches, which is three inches longer than the Tour allows. Whereas big hitters on Tour often use shafts with a stiffness of 1X, Dempsey in his heyday preferred 5X stiffness, which is about as flexible as the trunk of a redwood.

“You can be on a driving range and look up and nobody’s looking at you,” he said. “But when you’re not hitting the ball, they’re hitting their ball. And then all of a sudden you notice that when you’re swinging, there’s no sound of anyone else swinging for a second.”

Everyone is watching. A minor version of what DeChambeau will be feeling in a huge way at the most prestigious golf tournament in the world.

“He’s kind of a hero figure in that as long drivers, he’s proven our point,” Dempsey said of DeChambeau. “He’s actually honored us studying the long-drive guys and bringing some credibility to us.

El Camino Real will no longer be known as the Conquistadores