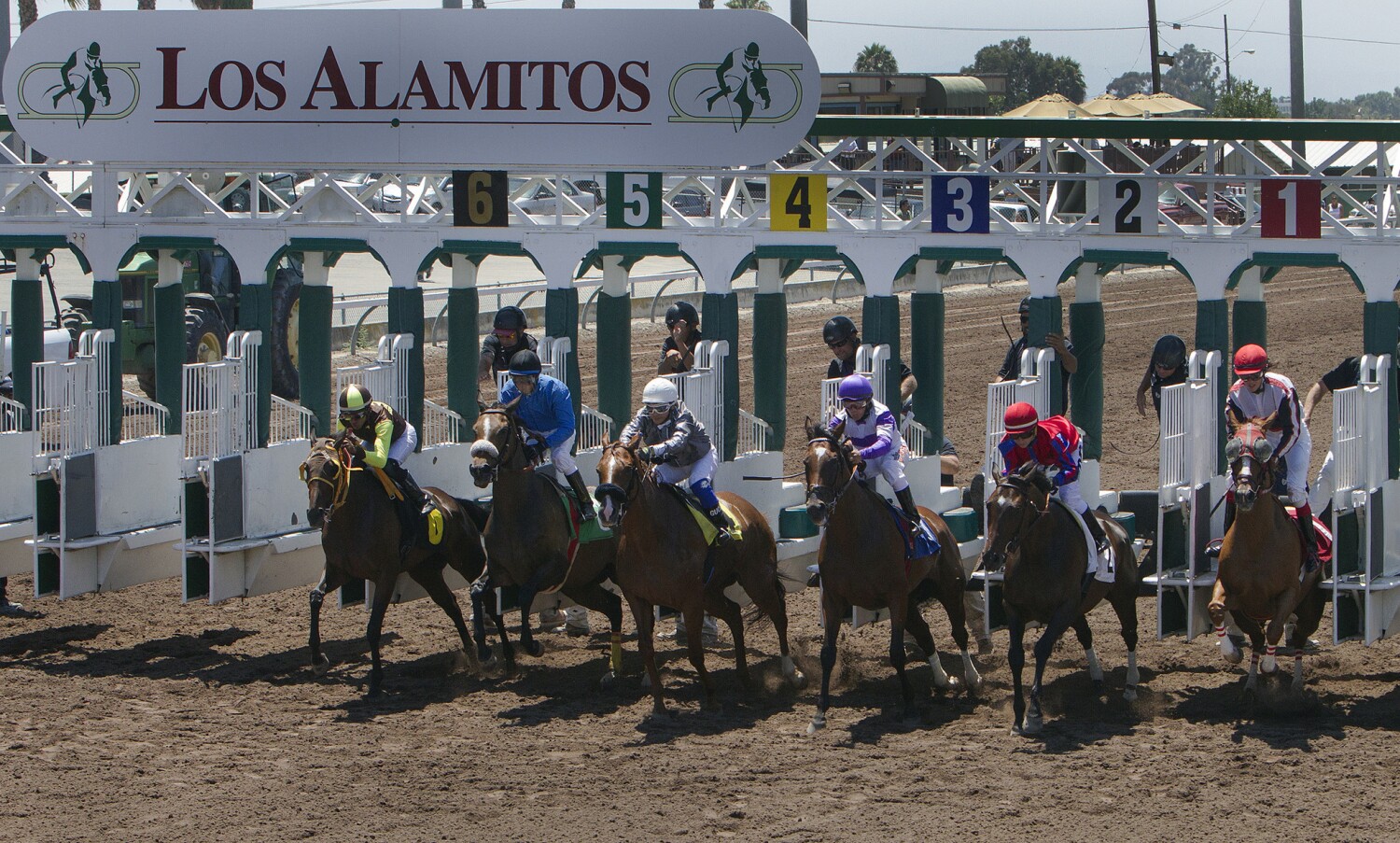 The California Horse Racing Board is allowing Los Alamitos Race Course to continue racing at the conclusion of a 10-day probationary period after the track submitted a new equine and rider safety plan last week. In a special teleconference meeting Monday, the commissioners voted unanimously in favor of Los Alamitos’ plan.

This was the first use of a new law that allows the CHRB to call an emergency meeting without the standard 10-day public notice period. The two meetings were prompted by a spike in horse fatalities at the track. There have been 10 horses who have died either racing or training since May 26, and 22 since the race meet began on Dec. 27.

Los Alamitos went on probation on July 10, and the next night, Alltime Favorite was injured in a 350-yard race. Attempts were made to save the 2-year-old gelding and Dr. Wayne McIlwraith, a professor of surgery at Colorado State’s College of Veterinary Medicine, was brought in to consult. McIlwraith did not believe the right knee injury was repairable and the horse was euthanized last Monday.

On July 12, Tacy, a 5-year-old mare, was pulled up on the backstretch and was transported off the course by van and later euthanized.

Since then, Los Alamitos has instituted a pre-race review panel, which scratched five horses during the second weekend of racing. The original plan had the racing secretary as part of the panel, but that was changed to a “designee of management” before the meeting. Vice Chairman Oscar Gonzales pointed out the potential conflict in allowing the racing secretary, whose job it is to provide full racing fields, to rule over the eligibility of a horse to run.

In addition to the review panel, Los Alamitos is adding a veterinarian to observe morning workouts, implementing a series of pre-race medication and eligibility requirements, and also giving the veterinarians the authority to order diagnostic imaging paid by the owner or trainer.

The board thought the measures were enough to allow racing to continue. Commissioner Wendy Mitchell, who voted to suspend racing at the original meeting, voted to allow racing after hearing the plan.

“We’re kind of humiliated by this whole thing,” said Dr. Ed Allred, Los Alamitos’ owner. “Things happen in clusters, [but] we’re going to do everything we possibility can to do things properly in the future. Some of our trainers are going to be upset by it, but they’ll adjust to it.”

People for the Ethical Treatment of Animals disagreed with the board’s decision.

“The deaths won’t stop as long as trainers think training means drugs and running through injury — and as long as veterinarians go along with that,” said Kathy Guillermo, senior vice president of PETA. “The trainers with multiple medication violations have to go. A suspension would have provided time to make essential, substantial changes for the protection of the horses and to hold trainers accountable.”