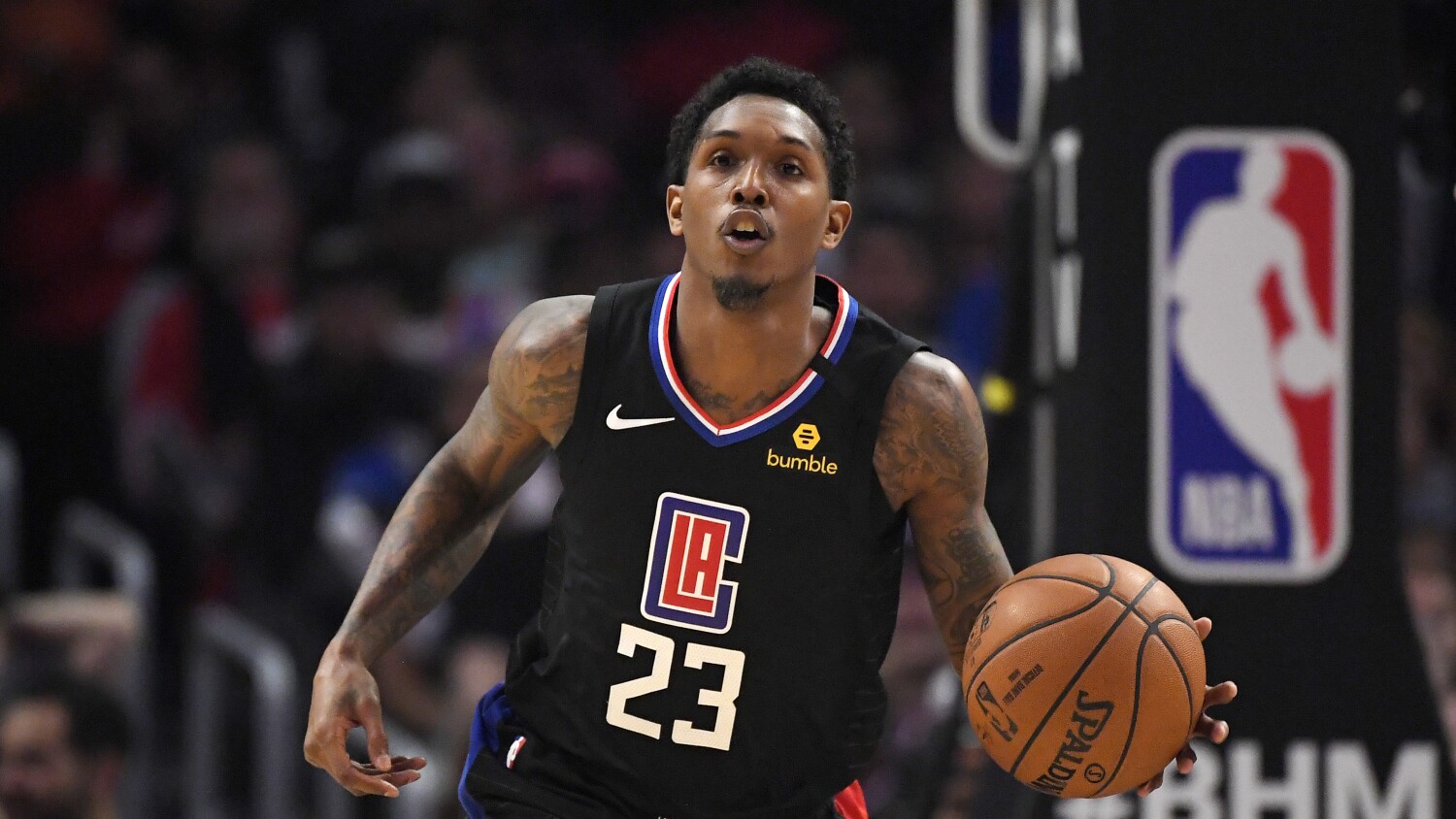 With a plexiglass shield protecting the scorer’s table, a bottle of Clorox wipes at the feet of assistant coaches and the sound of sneakers bouncing around arenas devoid of fans, the NBA on Wednesday ended a 133-day layoff by hosting four scrimmages that quickly became part competitive game, part experiment.

In an arena on Walt Disney World’s Wide World of Sports Complex, Clippers guard Lou Williams darted past Orlando Magic defenders for 22 points and teammate Paul George splashed four three-pointers in a 99-90 Clippers victory that marked their first game since March 10, the day before the novel coronavirus pandemic suspended the league’s season.

To restart the season with the pandemic still raging near Disney World’s Orlando, Fla., campus, the NBA created pages of medical guidelines that made Wednesday’s exhibitions “definitely an interesting environment,” Williams said. They were, undoubtedly, a dry run for the first counting games of the NBA’s restart, which begin July 30.

Before tipoff, Clippers coach Doc Rivers’ interview session with reporters was delayed more than four minutes when his audio could not be heard by listeners tuning into the Zoom call.

Players not on the court sat in three rows of assigned, socially distanced seats. Behind them were individual dollies that held refreshments and towels. Assistant coaches in the back rows wore masks but they were not required of those closest to the court.

Baskets by Clippers, the designated home team, were followed by graphics displays on videoboards ringing the court. Music filled the space where fans’ chants would have been.

“It reminds me of playing when we were kids, playing in the AAU circuit,” said center Joakim Noah, who finished with four points and five rebounds in his Clipper debut. “There’s no crowd energy, so the energy’s gonna have to come from the players. And then a lot of teams say that slogan, ‘We all we got,’ but, in this environment, it’s gonna be key to really be there for each other.”

Asked how the Clippers went about creating their own energy, Williams noted his raspy voice after “talking like hell” on the sideline.

For the Clippers, the experience was odd in ways beyond the atmosphere with starting center Ivica Zubac, starting guard Patrick Beverley, reserve guard Landry Shamet and backup center Montrezl Harrell all missing. Beverley and Harrell each left the NBA’s protective bubble since Friday to deal with emergency family issues, and Williams began his post-scrimmage interviews by sending both condolences.

That left plenty of time for the roster’s other 11 players, including Marcus Morris, who was known to have taken part in only one practice with teammates before suiting up Wednesday. George and Kawhi Leonard, the team’s stars whose health has been carefully monitored all season, both started and played 19 minutes apiece. George finished with 18 points and Leonard nine.