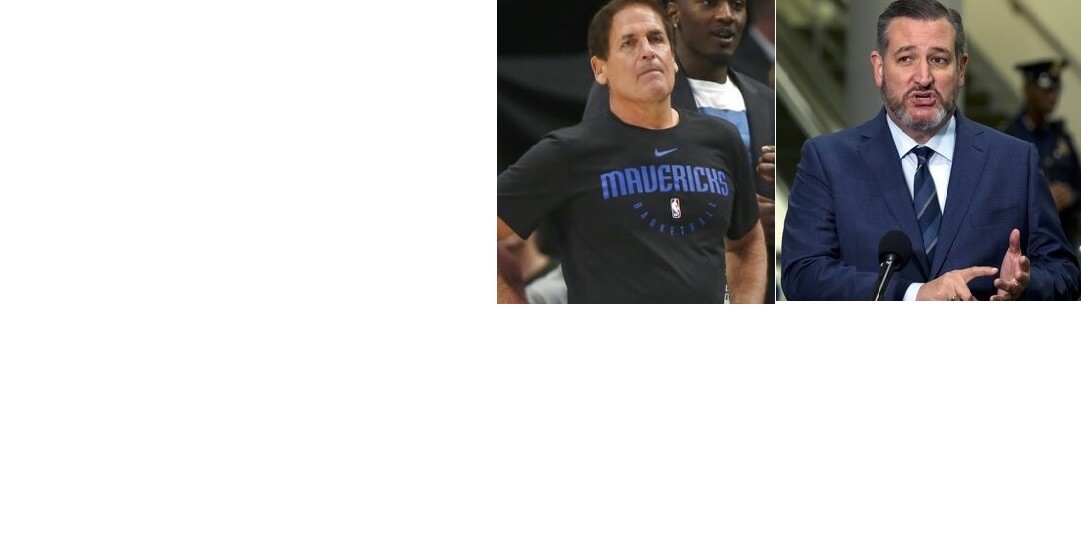 Dallas Mavericks owner Mark Cuban initially had a one-word response to a conservative radio host who suggested he’d have nothing to do with the team if any players took a knee during the national anthem.

But that was hardly the end of the matter. U.S. Sen. Ted Cruz (R-Texas) became involved and accused Cuban of “telling everyone who stands for the flag, who honors our cops and our veterans, to ‘piss off.’” An angry exchange between the two men followed, with the billionaire and the politician touching on such topics as the COVID-19 pandemic and the NBA’s relationship with China.

Mark Davis, whose radio show is broadcast on 660-AM in the Dallas-Fort Worth area, sent out the tweet that started it all Sunday evening.

“I am so ready to be be in on this year’s #Mavericks home stretch: so much promise, so much personality,” he wrote. “But the minute one player kneels during the anthem, I am OUT.”

I am so ready to be be in on this year’s #Mavericks home stretch: so much promise, so much personality. But the minute one player kneels during the anthem, I am OUT. Surely @mcuban can lead the way for #Mavs, #NBA to do whatever gesture they wish without insulting the nation. https://t.co/PWMWrpgwAc

Davis went on to tag Cuban, suggesting the team owner should lead the way for players “to do whatever gesture they wish without insulting the nation.”

After his initial three-letter response, Cuban expanded on his thoughts in another tweet.

The National Anthem Police in this country are out of control. If you want to complain, complain to your boss and ask why they don’t play the National Anthem every day before you start work. https://t.co/NUwv7asO44

Cruz soon jumped into the fray.

NBA is telling everyone who stands for the flag, who honors our cops and our veterans, to “piss off”? In Texas, no less?

Good luck with that. pic.twitter.com/AVWLMZIqu0

Cuban responded Monday morning. Here’s some of the back-and-forth that followed:

Yes, Mark, my communication tweeting out my response to the world was meant somehow to keep it a secret. Because you’re very scary.

I’m a Rockets fan, but more than happy to cheer on the Mavericks (great team this year). It’s sad to see you telling so many Texans to “piss off.” https://t.co/s68JYk9MLR

Still no answer from @mcuban

Can your players put that on their jerseys?

Can you condemn the CCP’s concentration camps w/ 1 million Uyghurs?

Can you say ANYTHING other than “Chairman Mao is beautiful & wise”? https://t.co/0XpLRaFSw2

Why is it, @tedcruz, that you take such pride in standing up to and speaking truth to the Chinese, but you have no ability to stand up to and speak the truth to @realdonaldtrump ?

I agree there is a pandemic & we have taken extraordinary steps to defeat it.

Where did that pandemic originate?

Why did Communist China COVER UP the Wuhan outbreak & arrest whistle-blowers?

And why are you terrified to say ONE WORD about China? https://t.co/Tfj2tZnmCP

In 2017, Cuban stated that he expected his players to stand for the anthem. But following the death of George Floyd this spring, Cuban said he would have no problem with any member of the Mavericks taking a knee during the song, as long as they were respectful while doing so.

“I’d be proud of them,” Cuban told ESPN in June. “Hopefully I’d join them.”

Dodgers cutting ties with its rookie-level affiliate in Ogden, Utah