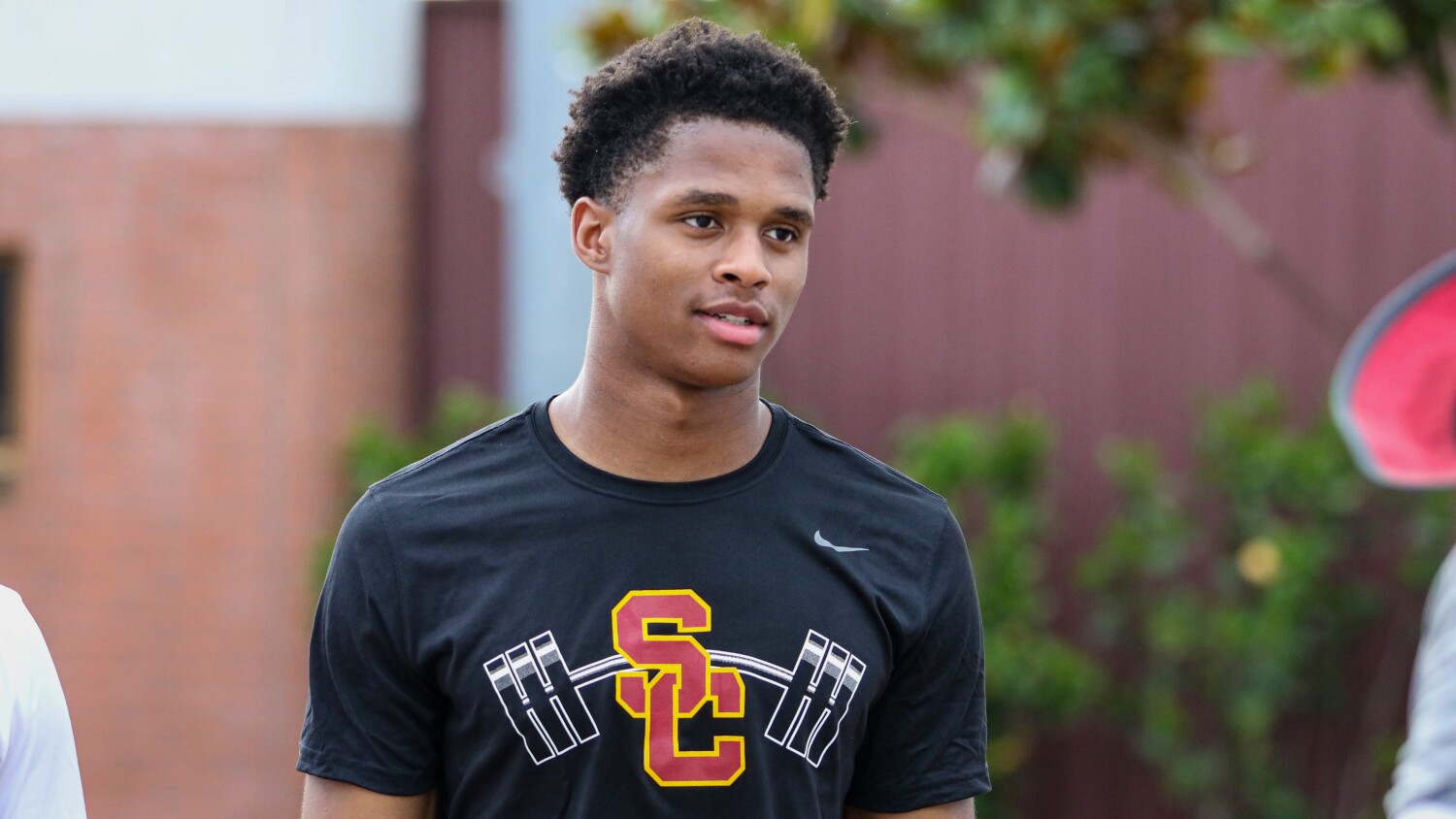 Munir McClain, the suspended receiver at the center of a federal probe over pandemic unemployment benefits, and his brother, linebacker Abdul-Malik McClain, are leaving USC and will enter the NCAA transfer portal.

The decision comes after a tumultuous few months that fractured the family’s relationship with USC. In mid-September, Munir McClain was suspended from the football team with minimal explanation. Michael Blanton, USC’s vice president of ethics and professionalism, later told his mother, Shan McClain, that Munir’s name came up in conjunction with a complaint alleging unemployment fraud and identity theft at USC.

A month later, federal investigators approached players on campus and asked about the sophomore.

Munir McClain, who applied for and received pandemic unemployment assistance over the summer, maintains that he’s done nothing wrong and that USC has yet to provide a full explanation for his suspension.

The McClain family, along with local civil rights activist Najee Ali, held a news conference last month “in defiance of [USC coach] Clay Helton” and demanded Munir’s reinstatement. The university responded with a statement rejecting any notion that the McClains were in the dark.

That dispute quickly eroded what was once a strong bond between the brothers and USC. In recent days, the family’s frustration leaked onto Twitter, where Shan let her feelings be known about Helton and his handling of Munir’s suspension.

“They will throw them right under the bus & look the other way & allow them to fight on their own,” Shan said Friday in a tweet. “No Family, Faith, Football.”

Last week, Munir told The Times that he was planning to return to the team once he was reinstated. By Tuesday those plans had changed.

“Munir really loves the Trojans,” Shan said Tuesday, “but he also wants to be treated right, too. He wants the support of his coach, which I understand.”

Helton has declined any comment on Munir’s suspension since it was announced last month.

“The coach has turned his back on him,” Shan said.

Days before USC opened its season against Arizona State, Munir tried one last appeal. He sent an email to Helton, Blanton, and athletic director Mike Bohn that declared his “pride in being a Trojan” while also asking for an explanation as to why he was still suspended.

“I should be on the field with my teammates,” Munir wrote. “Can you please tell me what I have been accused of?”

Blanton, who first questioned Munir about pandemic unemployment benefits, was the only one to respond.

“USC is not prejudging your behavior,” Blanton wrote in an email reviewed by The Times, “and it is unfortunate that we’ve had to take these actions. However, as you’ll recall, on both occasions when we talked on Sept. 16, you made detailed statements about your involvement with pandemic-related benefits that have left us with little choice in this matter.”

The suspension was the catalyst to the McClain brothers’ transfer, but it wasn’t the sole reason for their exits. Playing time was a concern for both moving forward. While Munir was suspended — and still rehabilitating a torn ligament in his knee — Abdul-Malik, a redshirt sophomore, didn’t play in USC’s opener and only played seven snaps Saturday in Arizona.

The NCAA is expected to approve a change to its transfer rules in January, presumably allowing the brothers to receive an exception to be immediately eligible next season. Both were once committed to play at UCLA, before coach Jim Mora and his staff were fired and replaced by Chip Kelly.

After missing last Saturday’s game, center Brett Neilon (ankle) was able to practice in a limited fashion on Monday. His status will be monitored as the week goes on. … Linebacker Palaie Gaoteote remains in the concussion protocol. … Safety Talanoa Hufanga is dealing with a thigh bruise that he suffered against Arizona and has been limited. … Defensive tackle Brandon Pili (finger) has yet to return to the practice field since surgery. … Defensive tackle Caleb Tremblay, who traveled to Arizona but missed the game due to stingers, got in a limited practice on Monday. … For the seventh straight season, USC athletics reported its highest graduation rate ever (91%).