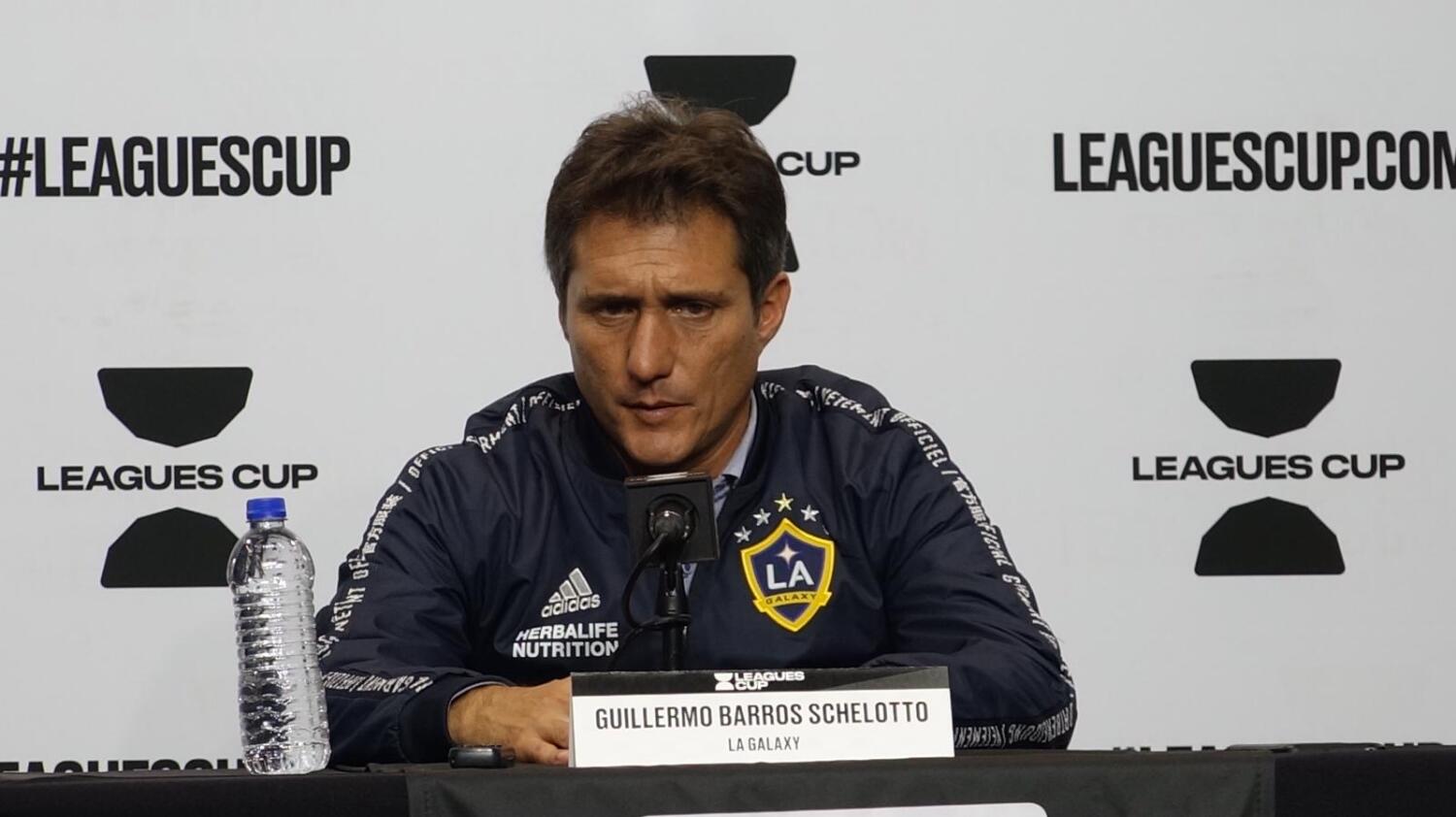 The task is crystal clear for the Galaxy heading into the final day of group play Thursday in the MLS Is Back tournament: Beat the Houston Dynamo and erase most of a ghastly goal differential and they can squeeze through to the knockout rounds. Anything short of that and the team will be heading home this weekend following the worst five-game start in franchise history.

In the last game of the tournament’s 36-game group stage, LAFC — which already has secured a spot in the round of 16 — plays the unbeaten Portland Timbers with first place in the group at stake.

The top two teams in each of the six groups, plus the four best third-place teams, advance to the next stage. LAFC, 1-0-1 in the tournament and 2-0-2 on the season, is all but assured a top-two finish. The Galaxy (0-2 in the tournament and 0-3-1 on the season) can finish third with a win, leaving goal differential to determine who advances. The Galaxy entered Wednesday a tournament-worst minus-five in that category.

“It’s the reality we’re playing in,” Galaxy goalkeeper David Bingham said. “We have to keep our eyes forward and try to get a pretty big win against Houston.”

And they’ll have to do that without their two captains, striker Javier “Chicharito” Hernández and midfielder Jonathan dos Santos. Hernández returned to Southern California after sustaining a calf injury in training last week; Dos Santos didn’t come to Florida after undergoing surgery to repair a sports hernia.

Coach Guillermo Barros Schelotto admitted that those absences had hurt, but he also accused his team of quitting in last week’s 6-2 loss to LAFC.

“I question myself … why we give up after 70 minutes? That is the first thing we need to ask,” he said. “It can’t happen again.

“Every player has to be ready to go 90 minutes. When you give up, it’s bad for the team, for the result, for everything.”

For LAFC, its game with Portland is mostly about seeding for the round of 16. It’s also about momentum, however, coming off the rout of the Galaxy, one in which forward Diego Rossi scored a franchise-record four goals and assisted on another.

“The three group matches, the points count toward season’s standings. So the opportunity to go again for three points, finish with seven out of the [possible] nine, that would be fantastic,” coach Bob Bradley said. “And then the added bonus in this situation is topping the group.”

LAFC will be without forward Adama Diomande, who played just 16 minutes here before reinjuring his right foot. Diomande, who sustained a fracture in that foot during the preseason, has been sent home for further evaluation. Also missing is captain Carlos Vela, the reigning league MVP, who passed up the tournament to remain in Southern California with his pregnant wife.