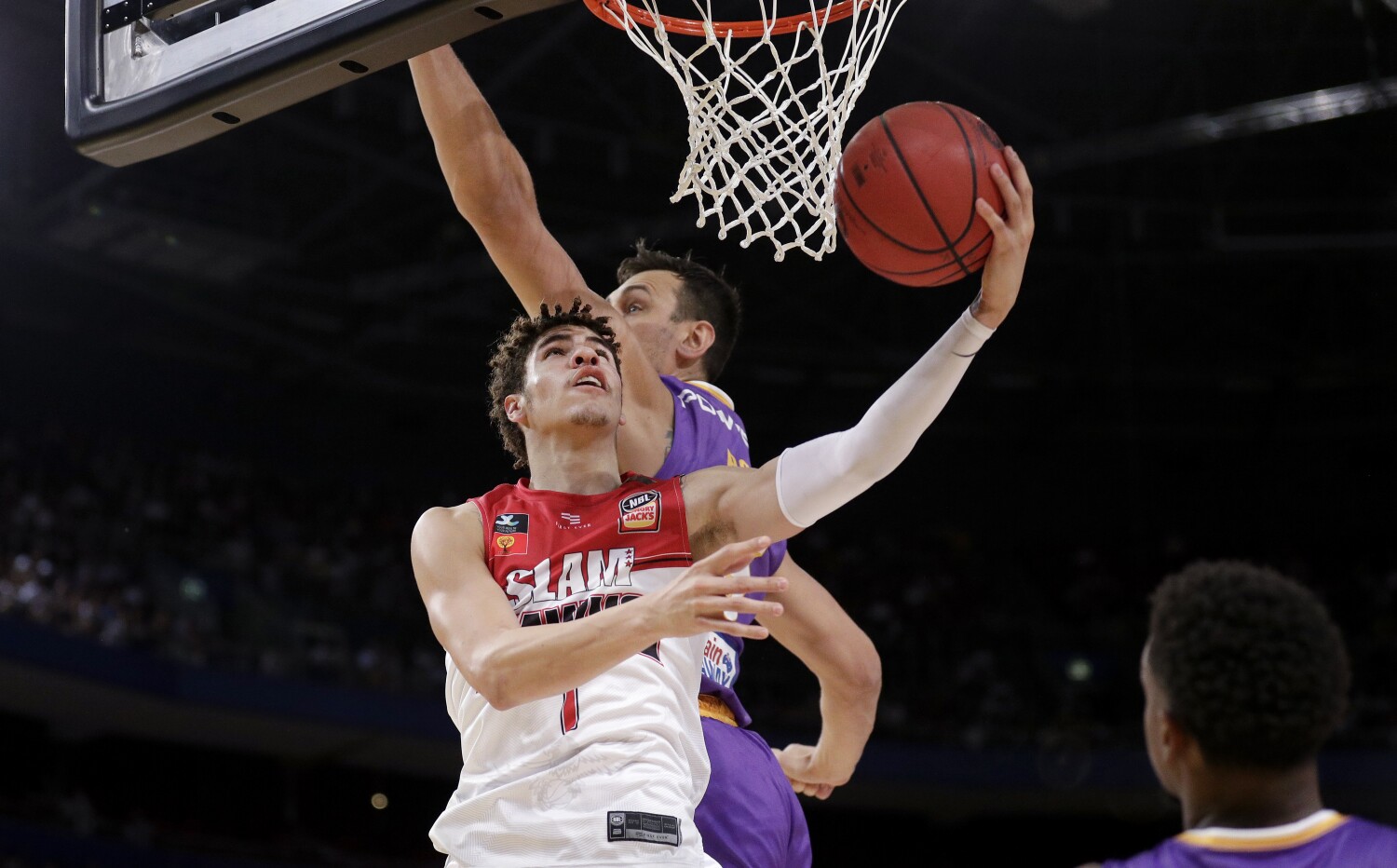 LaMelo Ball sat on a couch Tuesday during a videoconference, a cellphone never too far from his hands and his attention never too focused on the questions about his workouts or his future.

In the next 24 hours, Ball could be the first selection in the NBA draft. He might be the reason why Detroit or Chicago or New York decides to sacrifice pieces of its future to get him. He might be the next star for Minnesota. But for now, on a Tuesday morning, he’s just a 19-year-old kid with tons of fame, plenty of hype and an addiction to short sentences.

Ready or not, the LaMelo Ball draft is here, the most famous player in a class full of relative unknowns with plenty of question marks, finally about to settle in a place he always thought he’d end up in — the NBA.

It will be the first defined destination in a basketball life that’s been a global fastbreak that could be set to a famous Johnny Cash song.

Five years ago, he was a freshman on a state championship Chino Hills High team. Four years ago, he was launching from half court and cherry-picking his way to outrageous scoring figures. Three years ago, he was in Lithuania to play professionally. Two years ago, it was Ohio, where he showed up at a private academy. And last year it was Australia to continue a pro career.

It feels like, before he’s even old enough to buy a beer, Ball’s been everywhere, man.

In a year with so much chaos, his nomadic experience has to count for something.

When his name is called Wednesday there will be a new destination. It could even be as the No. 1 overall pick — where he thinks he belongs.

Bravado or not, Ball certainly will be among the first names called during the NBA’s virtual draft, a necessity during the pandemic even before cases spiked across the country. He’s jockeying with Georgia guard Anthony Edwards and Memphis center James Wiseman to be the No. 1 selection, the confusion at the top ever so fitting in a year that’s full of it.

The boom-or-bust debate surrounding Ball is healthy. His older brother Lonzo was the No. 2 overall selection of the Lakers in 2017. He’s now in New Or-
leans trying to help the Pelicans rebuild.

Within the NBA community, obviously, LaMelo Ball has his fans. Players don’t shoot to the top of recruit rankings and draft boards without undeniable talent on the court.

“He’s the most talented player in this draft,” one NBA executive said.

Ball’s a 6-foot-7 point guard with hawk-eyed vision and a need to get his teammates involved. And while the jump shot certainly won’t win any beauty contests, it can be effective and comes with plenty of range, although he shot only 25% from long range last season.

He’s got a slick handle and a mixture of floaters and layups that helped him score at every level of play. He’s done it in high school, and last year, he did it in the pros in Australia. Along the way he’s suffered back and foot injuries that have cut his pro seasons short.

“I think we’re the two most ready players in the draft,” said R.J. Hampton, who also went from high school to the pro league in Australia.

In a draft that might not have a franchise-altering prospect, Ball might have the best shot at becoming a star.

Within the NBA community, obviously, Ball has his detractors.

“He’s more of a performer than a basketball player,” one Western Conference scout said. “He’s an entertainer, always looking for the home run moment. … I’m not sure it impacts winning.”

Others who have watched him since he starred at Chino Hills have echoed that, thinkinghis hoops career has been too orchestrated, the right situations always put in front of him with limited exposure to failure.

For others, it’s about all-around effort.

“He doesn’t give a s— about defense,” another scout said bluntly.

Then there’s that fame — the massive internet following, the Facebook reality show, the family patriarch and radio producer’s dream guest. It’s not for everyone.

Maybe he’s a generational point guard. Maybe he’s a backup with some second-unit value. The variance of opinions is wide.

With scouts agonizing over these draft prospects in earnest for more than a year, with virtually everyone seven months or so removed from actual competitive basketball, it’s only fitting that the top of the draft would be filled with more questions than answers.

Since the draft order was announced in late August, NBA scouts and executives have spoken about teams at the top of the draft “desperately” trying to trade down, with so many people viewing the No. 1 pick in this draft as too much exposure — if you’re an executive and you pick No. 2 or No. 3, at least you have some excuse. Get it wrong at No. 1 and it could mean your job.

The process has been difficult — players and teams have met via videoconference with in-person workouts limited. It has led to more guesswork than usual in a process that’s always been rife with it.

But the arguments for Ball are the most compelling — and the most fun.

“If he hits,” one scout said, pausing to consider what it could mean, “he’ll really hit.”

They might get a guard who can get the ball on the opening tip and pull up from 30-plus feet, swishing a shot while the crowd goes wild. They might get the NBA’s best passer, a showman who no-looks and behind-the-back passes with ease while defenses scramble. They might get someone who was, as he says, born for this.

What teams do know about Ball is that he’s handled whatever has been put in front of him. He figured it out as a freshman at Chino Hills. He fit the bill as a star during his sophomore year. He went to Lithuania and it didn’t break him. He played in Ohio and it fortified him. And he tried himself in Australia and it didn’t shake him.

“That’s something,” one NBA scout said.

And in a draft without much certainty, that has to matter.